CLACKAMAS, OR (March 19, 2014) – A just released survey by True North Outdoor Marketing, Inc. of truck, Jeep and SUV drivers has found that WARN is the number one brand of choice for 61.7 percent of winch consumers, leading the next competing brand by more than four to one.

In the survey of 8,417 owners of trucks, Jeeps or SUVs who purchased winches in the US in the six-year period from 2008 to 2013, the survey found that the top three reasons cited for their choice were price, brand, and quality.

A total of seven winch brands were named in the unaided survey, including WARN, Superwinch, Ramsey, Smittybilt, Mile Marker, T-Max, and Rugged Ridge. WARN’s ownership rate of 61.7 percent was followed by Mile Marker with 13.8 percent and Smittybilt at 13.5 percent. The remaining companies all measured in single digits for ownership.

The survey found that WARN’s market share in 2013 had jumped to 66.1 percent, followed by Mile Marker with 14.5 percent.

“This was a great validation of our industry leading position,” said Warn Industries Vice President of Marketing Brendan Anderson. “What is particularly gratifying is that consumers have chosen us as the number one brand in the marketplace year after year.”

“That’s a real testament,” he added, “to our absolute commitment to providing a high quality winch that our customers want to show off on their vehicle and know they can trust to work when they need it to.”

WARN’s market share, based on when surveyed respondents purchased their winches, has steadily increased since 2008, advancing from 57.4 percent to the current 66.1 percent. Each year showed an increase over the previous year.

Winch category unit sales made a significant leap of 46 percent in 2013 vs. 2012, according to the True North survey, based on growth in sales over the past year. That growth was driven by the new WARN ZEON winch line.

The winch industry has also expanded as off-roading has exploded as an activity throughout the nation. A U.S. Forest Service study reports that one in five Americans had participated in off-road activity in the 12 months prior to the study, an increase of 18 percent over an eight-year period.

Established in 1948 and headquartered in Clackamas, Oregon, Warn Industries is the leader in designing, manufacturing and marketing reliable, high-performance winches, locking hubs and a full line of off-road equipment and accessories. It is a company dedicated to engineering and producing products that their customers can trust. For more information about Warn Industries and its products, visit www.warn.com. 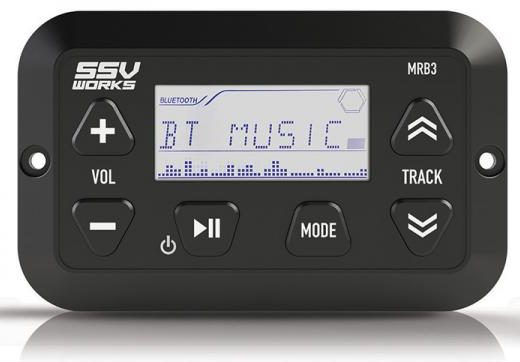