March 8, 2010 Las Vegas, NV – The 2010 Lucas Oil Off Road Racing Series (LOORRS) kicked off over the weekend in Las Vegas and it was BIG!  A last minute venue change from Lake Elsinore, CA to Las Vegas, NV proved to be a smart decision by Lucas Oil officials providing racers and fans with a first class venue and produced some of the best racing seen since the 2008 CORR season.
The weekend kicked off with the young guns of off road in the Stadium Kart classes.  Popular racers like BME’s Bradley Morris, Speed Technologies Mitchell DeJong, and Sheldon Creed went big racing door to door and wheel to wheel all weekend long.  These kids are a blast to watch and some of them are simply amazing behind the wheel of their miniature short course trucks.
The big dogs in the trucks were unreal.  Saturdays Unlimited 4 Truck Race was the best I have ever seen, with drivers coming over from the TORC series to compete.  Drivers like Monster Energy’s Johnny Greaves, Red Bull’s Ricky Johnson, and AmsOil’s Scott Douglas came to play with the LOORRS superstars like Rockstar Energy’s  Kyle LeDuc. Hart & Huntington’s Carey Hart, and the Metal Mulisha’s Brian Deegan.  These guys raced like their lives depended on it.  The battles were being waged at all corners of the track and the races were won and lost on the final laps.  It was everything a short course fan and promoter could have ever wanted.

Our personal favorite part of the race weekend was the UTV action.  The Unlimited UTV racing was fast and exciting with Austin Kimbrell in his Monster Energy Kawasaki Teryx getting off to a huge lead in the first main event.  Austin was cruising to an easy when until he blew a coolant line which allowed “Mr. Consistent” RJ Anderson in his Walker Evans Racing Polaris RZR to fly by and take the win on Saturday.  Austin was able to hold onto second and Tyler Parks in his XMF suspended Polaris RZR rounded out the podium in 3rd.
Sundays Unlimited UTV race saw more of the same, Austin was able to jump out early but then his throttle cable snapped allowing RJ Anderson to again get around and never look back!  RJ held on for another win sweeping the class and putting himself in a nice points position heading into round 2.  The Unlimited podium was rounded out on Sunday by the popular Robert “Bobby” VanBeekum in his Muzzys Kawasaki Teryx who overcame motor issues on Saturday to get his car back together and take the second place trophy home on Sunday.  Young gun Tyler Winbury in his Wagon Burners Kawasaki Teryx took home 3rd place honors getting him his first podium of the season.  Tyler is one of the youngest drivers in the UTV division but his skills are well beyond his years.
Another highlight of the weekend was the introduction of the new SR1 Rhino class which pairs traditional Unlimited UTV race Rhino chassis with high HP 1000cc 6spd R1 street bike motors.  These UTV’s were ripping up the track and we are quite possibly seeing a new revolution begin for the what was once thought obsolete Yamaha Rhino race cars.
Saturday saw Tyler Herzog in his Ivy Racing SR1 take home the first ever 1st place trophy for an SR1.  Gary Thompson took home second on Saturday but then fought hard to get the top podium spot on Sunday putting him in the points lead for the SR1’s.  Josh Stechnij took home 3rd place on Saturday.
Rounding out the weekend in the SR1 class was fan favorite and SR1 founder Corry Weller who got her first ever LOORRS trophy taking second place in Sundays SR1 main.  Doug Mittag in a borrowed SR1 from Bobby VanBeekum took home 3rd place.
In all it was an amazing weekend of racing.  What made the weekend extremely special for us was the support all of the UTV racers showed for UTVUndergorund.com.  Almost every single car on the track had UTVUnderground colors on and for that we are grateful.  The next round of Lucas Oil will be held in Surprise, AZ at the popular Speedworld facility.  If you have never been to a Lucas event then make sure you mark your calendars because this is the kind of racing that makes your hairs stand up on end!

See you on the track! 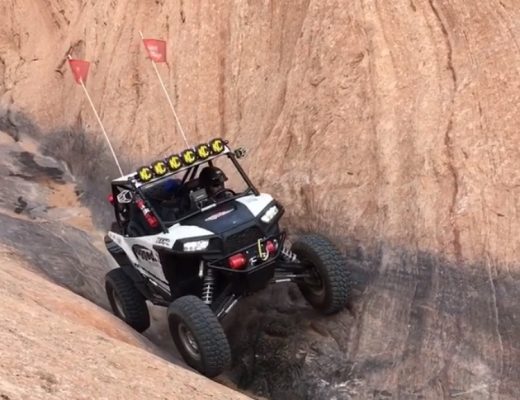