Like many off-roaders, I own a diesel truck so I can get my toys to the trail without much worry. I have a 2005 Ford F250 6.0L Powerstroke Diesel. It has been a great truck, but over the last few years, it seems like the power has dropped off a bit and my mileage has gone downhill. I blamed my perceived performance drop on the low sulfur diesel here in California and left it at that.

I haven’t done anything to juice up performance like an exhaust, air filter or tuner on the truck because I wasn’t towing anything like a big 5th wheel. But the thought of adding a tuner that would help improve fuel economy crossed my mind. So I did a little research and was impressed by what I read about the Triple Dog Gauge Tuner (GT) from Bully Dog Technologies. The GT is a vehicle engine tuner, monitor, gauge and diagnostic device all in a single unit. The GT also has an all new Driving Coach feature which teaches end users to maximize their vehicles fuel economy potential. It sounded like it was flexible so I decided to give it a try. In addition to the GT, I decided to get a Pyrometer Kit so I could keep an eye on exhaust gas temperatures (EGTs) if I put it in any of the performance tunes.

The installation of the GT is real simple. It mounts to the windshield with a suction cup that really works well. Then it plugs into the OBD II port and a switched 12V power source.

Since the pyrometer needs to be installed in the exhaust (preferably in the manifold, I had a local shop that deals with diesel exhaust and performance goodies install it for me. The pyrometer plugs right into the GT so you can view your EGTs in real time.
The Pyrometer Probe Kit (part # 40390) comes with everything seen here which includes all the parts and pieces necessary to acquire exhaust gas temperatures to display on the Triple Dog GT.

Installing a Pyrometer Probe Kit along with a diesel Triple Dog GT (part # 40420), unlocks the safety defueling feature for defueling based on exhaust gas temperatures.

The Bully Dog GT plugs into the OBD II port on your vehicle. One cable goes up to the GT, another goes to switched 12V power, and the other (shown on the right) is the pyrometer input (optional).

So far, I am very impressed with the Bully Dog GT. The installation was simple, the interface is very complete and the power increase is addictive. Hopefully I can keep my foot out of it enough to increase my mileage… 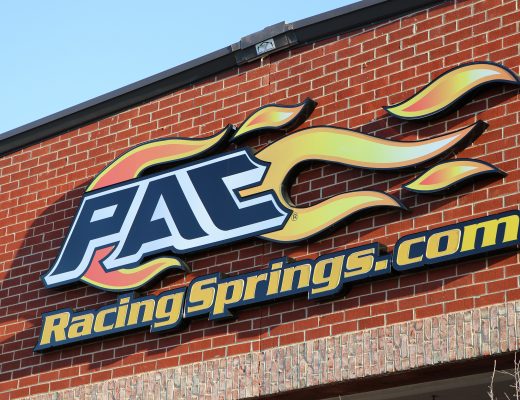