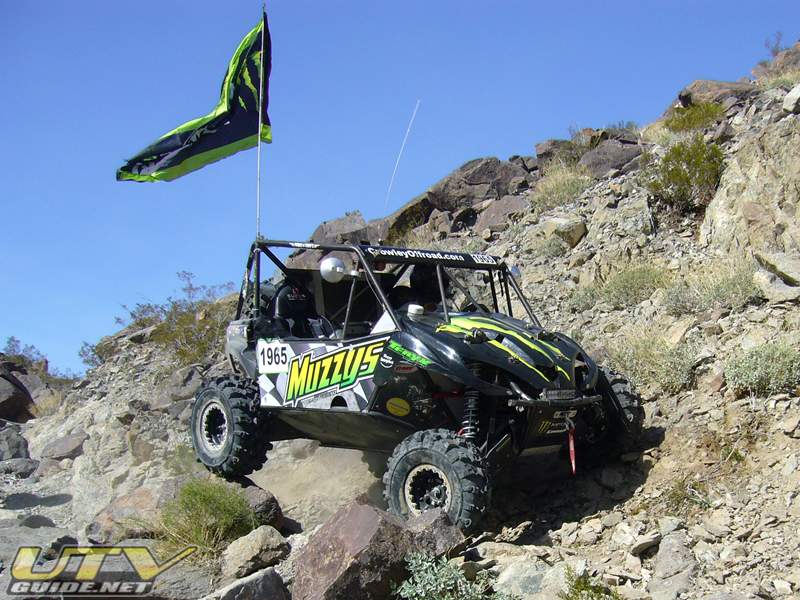 Once again for the 2011 King of the Hammers UTV Race, I was in our Monster Energy Kawasaki Teryx.  I have competed in the King of the Hammers UTV race since its inception, and I was looking forward to another challenge.  Adding more rock obstacles to the desert course really makes it where we have to work at getting to the finish line. But this year would be a sprint again with just a downhill jaunt on Elvis.

After completing the 2010 VORRA race series in our Kawasaki Teryx, I went right to work preparing for the first big race of the 2011 season – King of the Hammers UTV race. First up on the agenda was to freshen up and upgrade the engine. Although our big bore Muzzys 840cc powerplant served us well last season with three first place finishes, we were excited about bumping that up a bit. The Kawasaki Teryx v-twin has great potential to make big, reliable power, and Muzzys Performance Products was the place to make it happen. For the 2011 season, most UTV race series have bumped the engine limit to 1000cc, and the 999cc Muzzys big bore would do the trick.

My codog for this year’s race was Wally Wallace. Our goal was to get out front early and avoid any bottlenecks in Elvis.

The plan was going well as we made several passes in the first few miles.  By mile 3 or 4 we were out front and feeling good. By mile 6 we saw Mitch Guthrie on our tail and we stepped up the pace a bit.  At mile 7 while blasting through some whoops, the front shock mount on the passenger side blew apart ending our day.

The result was heartbreaking and something I have nightmares about.  I spend so much time and effort on King of the Hammers to prepare, and then something like this kicks you in the ass.

Johnson Valley OHV area California – The Toughest off-road race on the planet will entertain an interesting spin on the format when the stand-alone Pit Bull Tires UTV version of the race charges into the inhospitable deserts of Johnson Valley for the 3rd time February 10th as part of the week long off-road social experiment known around the world as KOH.

Pit Bull Tires again, leads the charge and will offer $5,000.00 in prize money to the victors. This years 40 mile UTV race will find itself traveling through not only the wide variety of desert terrain in Johnson Valley, but will include 2 extreme trails from the collection of the Hammers. This is the best course we have had in the 3 years said Jeff Knoll of Hammerking productions who went on to add that the course is very well rounded and difficult, but will not require a specifically built UTV. We used a nearly stock Kawasaki Teryx to test the race course. Hammerking hopes that it can continue to grow the UTV format and will offer an additional race inside its 2011 Ultra4 tour. Pit Bull Tires are extremely well suited for this type of racing commented Dave Cole co-creator of the KOH family of events. Basic safety gear is the only requirement to participate in the race.

The Pit Bull Tires UTV race is limited to the first 50 UTVs that sign up, and will take place as part of the week long KOH event on Thursday Feb 10th at 8:00 am. Following the UTV race will be an interactive Vendor show, and Kawasaki Teryx demo rides. To participate in the 3rd annual Pit Bull Tires UTV please submit a complete entry form.

The King of the Hammers UTV race will take place in Johnson Valley, CA on February 10th. For more information, please visitwww.ultra4racing.com.

Pre-run on Sunday.  We did the first 27 miles of the course which included rock trail called Elvis.

We rode over to the top of Aftershock and walked down. Damon from HCR was pre-running the rocks in his RZR.

I had my Can-Am Commander on hand for pre-running.  Recently installed TCB long travel with Elka shocks were nice to have in the rough terrain.

Fox Racing Shox was setup in Hammertown as well.  They revalved my rear shocks and helped get the suspension dialed in. 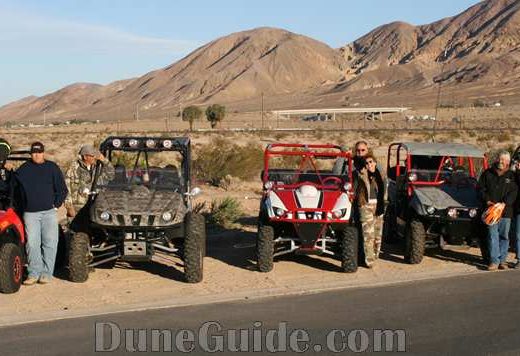 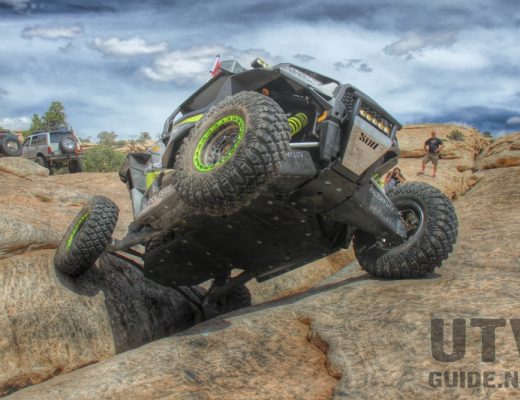