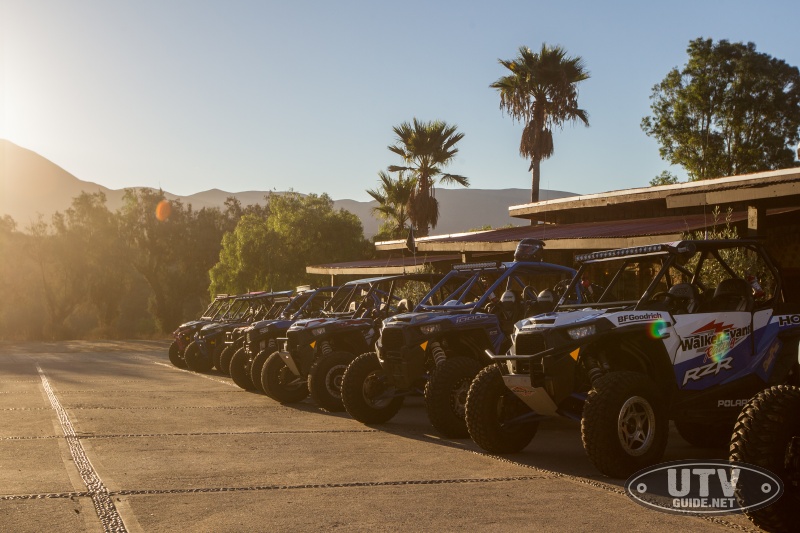 I got the invite to tag along with my friend Reid from Walker Evans Racing at the inaugural Legends Rally in Baja.  At first I told him I couldn’t since I had already been on the road at different manufacturer press intros and events for 6 weeks straight.  But then my wife told me I shouldn’t pass up the opportunity, so 5 days after the 2016 Sand Sports Super Show, I was on a plane headed to San Diego.

Reid Picked me up at the airport with the Walker Evans Racing RZR XP Turbo in tow and after a quick lunch, we met other event attendees in Chula Vista before heading across the border as a group guided by Horsepower Adventures. Our destination was Horsepower Ranch near Ensenada. Located 9km east of Ensenada and two hours south of San Diego, Horsepower Ranch has evolved into the cultural epicenter of Baja’s off-road and racing community. Tens of thousands of guests have enjoyed the hacienda-style ranch that includes 50 guest rooms, a heated pool, an authentic great room and the famous, vintage racing-themed Carrera Cantina. Home to some of the largest celebrations in off-road
history, the ranch served as our home base for the Legends Rally. An opportunity to ride in Baja is always a priority, but I had never been to Horsepower Ranch and the lure of checking this place off my bucket list was something that tipped the scales in favor of me attending this trip. The ranch is set on 100 acres outside of Ensenada. It is peaceful, comfortable and you feel secure. A much different environment from a typical hotel in downtown Ensenada.

After unloading the RZR from the trailer, we checked into our room then headed to the Carrera Cantina to grab some beers. I quickly found Bill and Brandon Schueler from Jagged X and Grant and Ray from Funco.
After several cervezas, we headed over to the pool area for a driver’s meeting lead by Todd Clement. Todd is not only part owner of Horsepower Ranch, but also of Horsepower Adventures. Todd was the founder and mastermind behind Wide Open Baja, an entity that successfully introduced thousands of people and organizations to the thrill and culture of off-roading in Baja, Mexico back in the 1990’s through 2007. Todd has now returned to the unique tour business using Polaris RZR XP4 1000 cars instead of buggies. We had a rather large group that was setup to take on 165 miles the next day- somewhere over 20 cars. Amongst the group were not only seasoned Baja racers like Larry and Chad Ragland, but also first timers who had never been south of the border.  The good news was most in the group had radios and many also had GPS.  The crew at Mad Media had pre-run the course and had it available to download onto anyone’s GPS and this was awesome! They had also pre-run the course and set out markers the day before.

But with a group this large, it was decided that we’d break into two groups and use the stop-turn method.  With stop-turn, you stop at any intersection and wait for the person behind before continuing on.
This can make a long day on the trail even longer, but without radios and GPS in every car, the alternative is someone gets lost and the whole plan heads south quick. I was going to be Reid’s co-dog in the Walker Evans Racing Polaris RZR XP Turbo.  This car is setup very well for Baja.  It features Walker Evans Racing 2.5″ Velocity shocks, Walker Swaybar Links and beadlock wheels wrapped with BFG Baja T/A KR2 tires along with a Holz Racing Products cage, doors, bumper and A-Arms.  The roof sported a KC HiLiTES Flex LED array light bar and in the cab we had the all important  radio/intercom, Lowrance GPS, suspension seats and 5-point harnesses. Simply built, but very effective, safe and durable for everything Baja can dish out. We left Horsepower Ranch after breakfast and headed east to the valley of Ojos Negros.  Our first stop was a lookout hill with a large cross above the Real de Castillo valley. As typical in Baja, it was a dusty ride and it really helped to spread out. This is where radios and GPS really should be required equipment if you want to tackle 100+ miles in a day with a large group. Dust on the trail is part of riding in Baja

After the stop in the Ojos Negros valley, we headed east and up in elevation towards Laguna Hansen and the Parque Nacional de Constitucion. I have been to this area a few times before (see Can-Am Maverick X3 Review and Mexico UTV Run with Off-Road Warehouse) and it is always a welcome treat to climb up into the pine forest at 5500 feet elevation. We stopped for lunch in a remote spot where Mad Media and Horsepower Adventures had setup a full taco bar with ez-ups, tables with linen and full china.  Pretty surreal to be in the middle of nowhere in Baja and have all the fixin’s. Lunch Break in the Pine Forrest Lunch Stop on the Trail in Baja

After lunch we headed south on a different route back to Horsepower Ranch which brought us in from the south of Ojos Negros across Highway 3 then back home for the night. Overall for the day, we put in 165 miles of tough Baja terrain and with over 20 UTVs I think there was one blown belt and an issue with a muffler. Our RZR XP Turbo ran flawless all day. On the trail in the Walker Evans Racing RZR XP Turbo

If you are thinking about heading south of the border to explore, I’d recommend some sort of tour group or experienced guide for your first trip.  Make sure your UTV is equipped with radio, GPS plus spare parts and a friend with a tow strap just in case.  To cross the border, you need registration for all your vehicles including your trailer.  And Mexican insurance is always a good idea. On Sunday morning, the group was moving a bit slow. Cocktails and a really cool mariachi band that played lots of classic rock including my favorite from Pink Floyd, Another Brick in the Wall had surely had everyone needing a bit of extra sleep.  Reid and I opted out of the short ride to La Cava de Marcelo and instead headed back to the border. We decided to go north on Highway 3 to Tecate instead in an effort to avoid long lines in Tijuana. Although the route adds some miles, the Valle de Guadalupe is very pretty and I love to change things up. Reid dropped me off at the airport in plenty of time, and I made it home that night.

It is always fun to get out on the trail for an adventure ride and experience new destinations with friends. Big thanks to Reid and Walker Evans Racing for the invite. 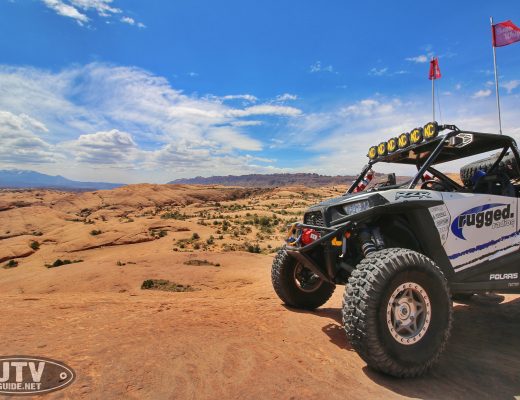