Several Racer Tech Drivers kicked off the 2015 GNCC Racing season with class wins at the General GNCC in Washington, Georgia. Racer Tech’s Sam Yokley was the first one to finish on top in the new Single Seat class. In the UTV race, Racer Tech’s Joe Krcelich clinched the win in the UTV XC2 class, while John Yokley finished second in the XC1 Pro UTV class for a successful start to the 2015 GNCC racing season for Racer Tech Drivers.

It was a tough race for the first round of the UTV racing at the General GNCC with heavy rain moving in on Friday, which lasted into the morning racing action on Saturday. By the evening, the track was littered with deep ruts and plenty of Georgia clay flying, which challenged the best of racers, but the majority of the Racer Tech Drivers prevailed in the rough racing conditions at Aonia Pass.

In the single seat class, it was Sam Yokley’s first time GNCC racing behind the wheel of the Racer Tech Polaris ACE, but you would have never known by his performance out on the tough course. Yokley had a good start and battled back and forth for the lead, and Yokley gained control of the lead when it counted most at the checkered flag to secure the his first GNCC win. “That was my first race, and I had a lot of fun, especially to get the win. It was pretty rough out there, and I hit a couple of trees, but my Racer Tech bumper saved me from doing any damage,” said Yokley.

Immediately following the Single Seat race, it was time for some SxS racing action, and in the Pro XC1 UTV class, Racer Tech’s John Yokley was making his racing debut in the new Polaris RZR 900 S for 2015. “We made a switch this year and we are running the Polaris 900S instead of the XP, but our Racer Tech suspension really made the difference for us with that machine,” said Yokley.

John Yokley knew he had to pick good lines and drive smart to secure a top finish, which was exactly what he did. “On the last lap, I knew I was in fifth, and I had to pick good lines because it was so rough. I saw a couple of guys broke down off on the side of the track, and that put me up to second, which I am really happy about,” said John Yokley.

Racer Tech’s Marcus Pratt made the jump to the XC1 class this year in his Can-Am Maverick and despite the muddy conditions; he was able to come away with a fourth place finish. “We had a really good race. Our Racer Tech rear relocation radiator kit really helped keep the mud out and our high clearance A-arms gave us that extra clearance, so we didn’t get hung up and stuck like a lot of people out there, which was a huge advantage for us,” said Pratt.

In the SxS XC2 Pro Sport class, RacerTech’s Joe Krcelich beat the mud to take home the win. Krcelich grabbed the holeshot and took an early lead, and he drove smart, which allowed him to stay out front and win the race. Not only did Krcelich win, he was also the only racer in XC2 Pro Sport class to complete four laps. “I got the holeshot and caught up to the class ahead of me. I just tried to drive smart and finish the race. There were cars everywhere on the side of the track, so I didn’t go out there and go as fast as I could because it was more of a survival race than anything. There was a lot of carnage out there, but our Racer Tech parts held up great,” said Krcelich.

While some of the Race Tech Drivers ran into some unexpected issues, the majority of the team finished up front, and others will be looking for redemption at the next round of GNCC racing.
Round two of the six round SxS GNCC season is just under a month away at the Big Buck GNCC in Union, South Carolina on April 11th, and the Racer Tech Team is looking to secure several more wins as they chase after championship in each of their respective classes. 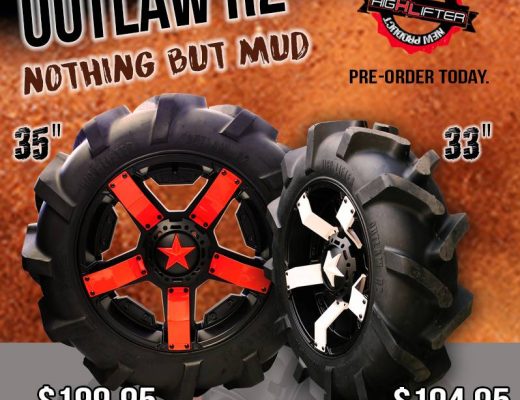 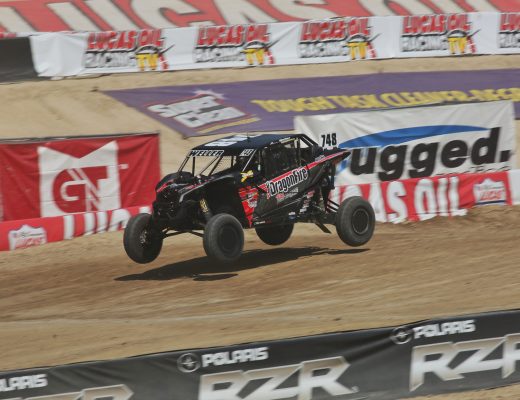