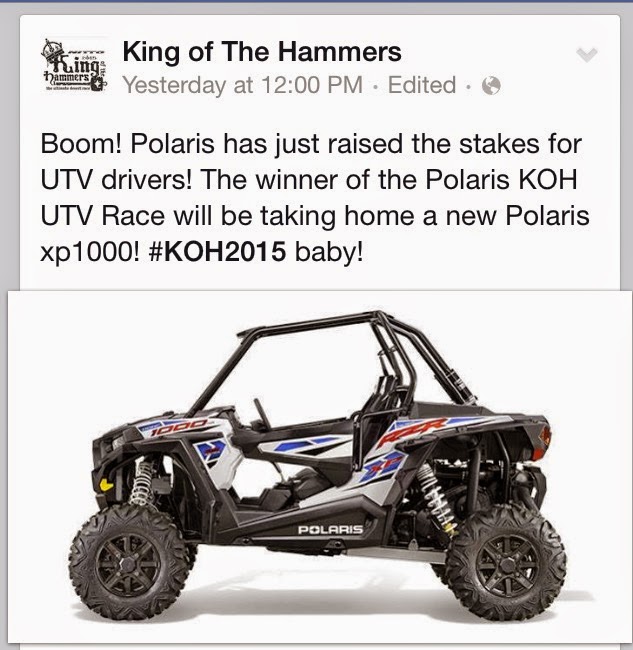 King of the Hammers just announced that Polaris will give a 2015 Polaris RZR XP 1000 to the winner of the UTV Race this February. Since its original debut in 2008, the King of the Hammers (KOH) race has been deemed the toughest off-road race in the world. And every year for the UTV race, Polaris RZR has topped the podium. It seems fitting the Polaris is not only sponsoring the 2015 UTV Race, but that they will give the keys to a RZR XP 1000 to the winner.

Since the introduction of the RZR 800 for Model Year 2008, Polaris has defined and led the recreational side-by-side market. Since that first launch, the company has consistently introduced models with unmatched performance which are highly sought after by off-road enthusiasts. RZR side-by-sides are the gold standard in recreational vehicles due to their ultimate combination of power, suspension and agility for trail and high performance.
Last year, Polaris announced the launch of a RZR beyond compare, the 2014 RZR XP 1000. The new RZR XP 1000 brought significant innovations to each of the hallmark Power, Suspension and Agility aspects of RZR. Plus, the RZR XP 1000 added an entirely new level of interior comfort and accessory customization to give riders the premium features they deserve.
At the 2014 King of the Hammers UTV Race, RZR XP 1000 finished 1-2 for the day, proving that it was indeed the pinnacle of off-road performance.
The 2015 RZR XP 1000 features a new calibration with high-output cams, stiffer valve springs and a higher compression ratio of 11:1. The upgraded horsepower further increases the RZR XP 1000 dominance in power. A revised exhaust system, incorporating closed loop control and catalyst technology, enables the ProStar 1000 to not simply add power, but also be cleaner and more efficient. To handle the increased power, the 2015 RZR XP 1000 features new direct flow intake covers, new belt and a new clutch cover with more ducting providing two times more airflow directly to the clutches. 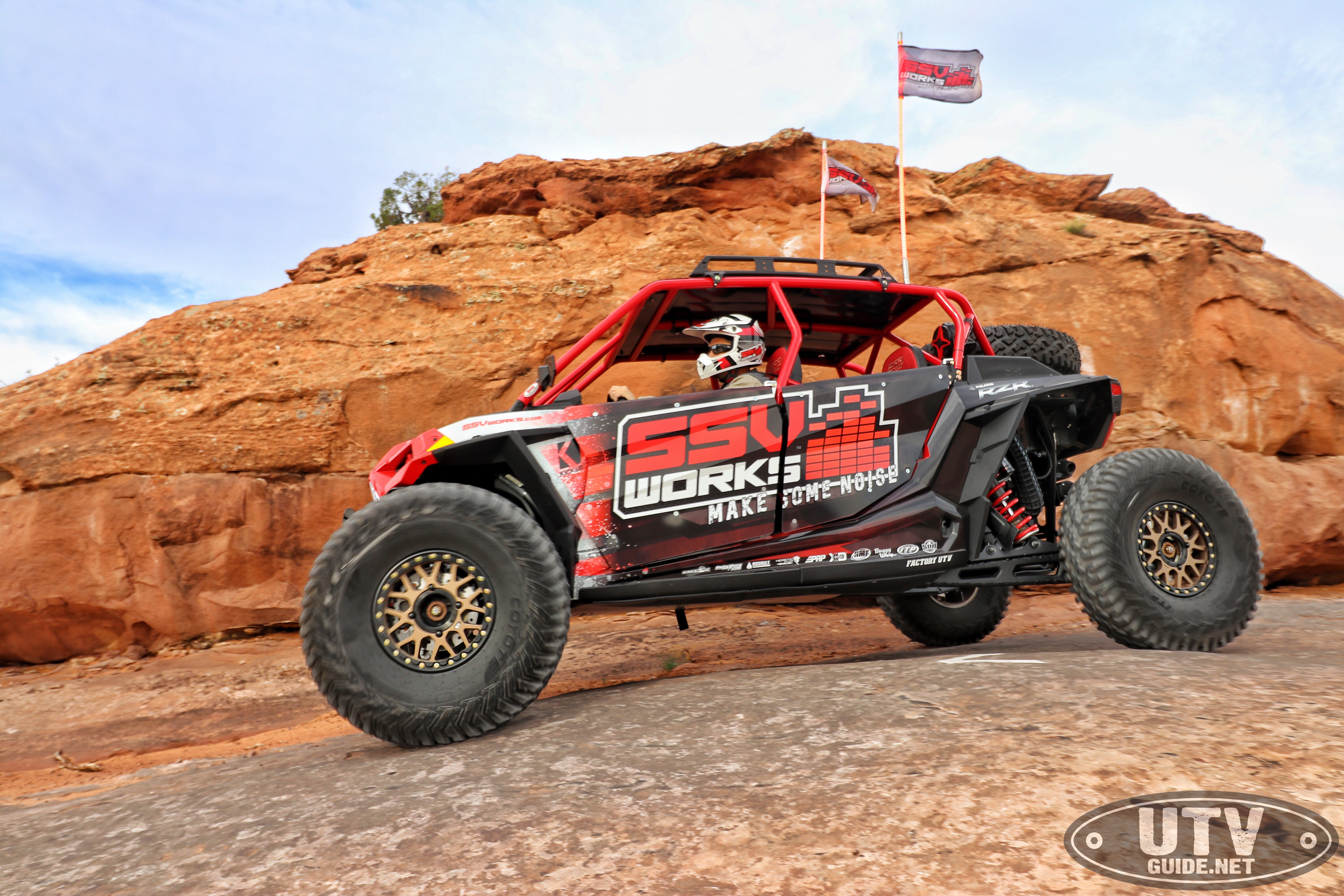