“Our record fourth quarter results were a fitting ending to a year in which we generated record annual sales and earnings and significantly exceeded our initial expectations. Our top and bottom-line expansion, and the momentum we are sustaining throughout our business, directly results from our focus on driving innovation, enhancing our product offering, reducing costs, and growth through new global markets and adjacencies,” stated Scott Wine, Polaris’ Chief Executive Officer. “Specifically, during the year we furthered our leading market share position in off-road vehicles while continuing to gain market share in motorcycles and snowmobiles. Moreover, we introduced over 20 new vehicles, including award-winning products like the RANGER RZR 570 value recreational off-road vehicle, the 800 Pro-RMK snowmobile, and the Victory Cross Country Tour motorcycle. Our operations team managed to meet the increased demand for these vehicles while bringing our new Monterrey manufacturing facility online on time and on budget, driving initial 2011 savings on plan with future projections in line with stated expectations. Building on our surging core businesses, our military and Bobcat adjacencies continue to gain momentum, and we have made considerable progress in expanding our international presence with increased sales in Europe, China, and India. Lastly, we added to our small electric vehicle portfolio with the acquisition of Global Electric Motorcars (GEM) and Goupil Industrie SA, which expands our ability to compete in this fragmented, fast-growing $4 billion market.”

2012 Business Outlook
Wine continued, “The implementation of our strategic initiatives and continued focus on innovation positions us well to realize continued success in 2012. We anticipate further growth and market share gains in our core businesses, while maintaining our focus on expanding our gross and net margins while expanding our investments for future growth and profitability. This motivated and disciplined Polaris team is committed to executing on our strategy in an effort to deliver what we expect to be another excellent year for our shareholders.”
Full year 2012 earnings are expected to be in the range of $3.65 to $3.80 per diluted share, which represents an increase of 14 to 19 percent when compared to full year 2011 earnings. Net income for full year 2012 is also expected to increase in the range of 14 to 19 percent over full year 2011. Sales for full year 2012 are expected to increase five to eight percent over full year 2011 sales, with sales increases projected in each product line and geographic region with the exception of snowmobiles.

Off-road Vehicles (“ORV’) sales increased 18 percent during the fourth quarter 2011 from the fourth quarter 2010. This increase reflects continued market share gains for both ATVs and side-by-side vehicles driven by industry leading product offerings and the continued success of the MVP retail go-to-market process. Polaris’ North American ORV unit retail sales to consumers increased mid-teens percent for the 2011 fourth quarter compared to the 2010 fourth quarter, with ATV unit retail sales growing upper single digits percent and side-by-side vehicle unit retail sales increasing about 20 percent over the prior year. North American dealer inventories of ATVs continued to decline, decreasing eight percent from the 2010 fourth quarter and sequentially decreasing six percent from the third quarter of 2011. Side-by-side North American dealer inventories for both the 2011 fourth quarter and sequentially from the 2011 third quarter were up to accommodate the continued strong retail demand. ORV sales outside of North America increased 42 percent in the fourth quarter of 2011 compared to a year ago. The Company continued to be an innovation leader in 2011 with several new ATV and side-by-side vehicles introduced during the year, including the most recent introduction in January 2012 of the high performance RANGER RZR XP4 900 to Polaris’ family of recreational vehicles. The RANGER RZR XP4 900 has all the features of the two seated version of the RZR XP 900 including an 88 horsepower electronic fuel injected twin cylinder engine and 3-link trailing arm independent rear suspension with 12.5 inches of travel, but with the ability to deliver razor-sharp performance and agility for 4 passengers. For the full year 2011, Polaris ORV sales increased 32 percent compared to the prior year.

Income from financial services increased 65 percent to $7.0 million during fourth quarter 2011 from $4.2 million in the fourth quarter of 2010 primarily due to increased profitability generated from the retail credit portfolios with Sheffield, GE and HSBC. For the 2011 full year, income from financial services was $24.1 million, a 43 percent increase compared to $16.9 million for the full year 2010.

Financial Position and Cash Flow
Net cash provided by operating activities was $302.5 million for the year ended December 31, 2011 compared to $297.6 million for the full year 2010. The increase in net income was mostly offset by an increased investment in working capital, particularly increased accounts receivables related to the Company’s continued international expansion, a short-term income tax receivable and higher factory inventory levels supporting business growth. Total long-term debt at December 31, 2011 was unchanged from a year ago at $100.0 million. The Company’s debt-to-total capital ratio was 17 percent at December 31, 2011, compared to 35 percent for the same period in 2010. Cash and cash equivalents were $325.3 million at December 31, 2011 compared to $393.9 million for the same period in 2010. During 2011 Polaris used cash for investment activities totaling $141.1 million primarily for capital investments to remain competitive and to acquire several businesses. The Company used $227.5 million of cash for financing activities including debt reduction, the repurchase of Polaris stock and the payment of dividends to shareholders.

About Polaris
Polaris is a recognized leader in the powersports industry with annual 2011 sales of $2.7 billion. Polaris designs, engineers, manufactures and markets innovative, high quality off-road vehicles (ORVs), including all-terrain vehicles (ATVs) and the Polaris RANGER® side-by-side vehicles, snowmobiles, motorcycles and on-road electric/hybrid powered vehicles.
Polaris is among the global sales leaders for both snowmobiles and off-road vehicles and has established a presence in the heavyweight cruiser and touring motorcycle market with the Victory and Indian motorcycle brands. Additionally, Polaris continues to invest in the global on-road small electric/hybrid vehicle industry with Global Electric Motorcars (GEM) and Goupil Industrie SA, and internally developed vehicles. Polaris enhances the riding experience with a complete line of Pure Polaris apparel, accessories and parts, available at Polaris dealerships.

Polaris Industries Inc. trades on the New York Stock Exchange under the symbol “PII”, and the Company is included in the S&P Mid-Cap 400 stock price index.
Information about the complete line of Polaris products, apparel and vehicles accessories are available from authorized Polaris dealers or anytime at www.polarisindustries.com.
Follow us at:
UTVGuide.net Blog or on Facebook 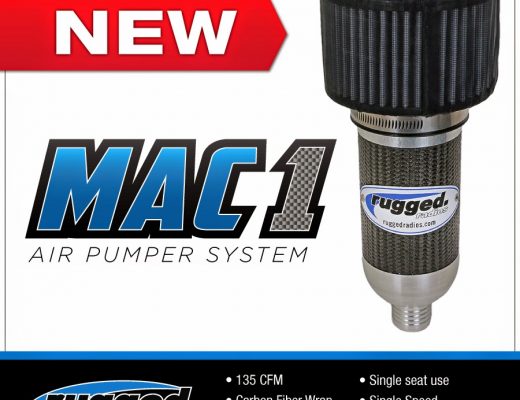