Editor’s note: Look for Robby Gordon inspired products from Polaris over the next few years. It is very possible that we could see a Robby Gordon Polaris RZR S or optional Robby Gordon parts from the factory.

The three-year agreement includes Gordon providing insight on future products and promoting Polaris’ RANGER RZR Side-by-Sides. Gordon’s vast knowledge of off-road vehicles, from a racing perspective and through his product development experience gained from building his own trophy trucks and accessories with his company, Robby Gordon Off-Road, will be a valuable asset in creating and promoting new RANGER RZR Side-by-Sides and accessories.

“I am very excited to be involved with Polaris. They are the leading American manufacturer in consumer off-road vehicles. The RANGER RZR and the RANGER have set the standard in side-by-side vehicles. At Robby Gordon Off-road, we have built the fastest, most elite off-road vehicles in the world. We are excited to share this technology and knowledge with consumers through our partnership with Polaris,” said Robby Gordon.

A common name in NASCAR, Gordon grew up riding and racing off-road vehicles. He won the first off-road race he entered and went on to win various off-road championships. His passion for and success in off-road racing brought him to building his own trophy trucks and accessories, and creating Robby Gordon Off-Road, an aftermarket truck wheel, tire and accessory store. Gordon’s accomplishments include three Baja 1000 Trophy Truck victories and becoming the first American to win a daily stage of the Dakar Rally, when it was a 16-day 5,700-mile race from Barcelona, Spain to Dakar, Senegal, mostly in vehicles he built himself. Polaris believes Gordon’s off-road successes and product knowledge will be invaluable in the development and promotion of their RANGER RZR Side-by-Side business.

“Our relationship with Gordon is unique because he’ll not only promote our product but use his off-road expertise to help create future RANGER RZR vehicles and accessories,” said Matt Homan, vice president and general manager for Polaris’ Off-Road Division. “Coupling Gordon’s expertise in building and racing off-road vehicles, with the hottest-selling side-by-sides will ensure the RANGER RZR product line continues to be an undisputed leader both on the racing scene and in the marketplace.”

About Polaris
With annual 2008 sales of $1.9 billion, Polaris designs, engineers, manufactures and markets off-road vehicles (ORVs), including all-terrain vehicles (ATVs) and the Polaris RANGER™, snowmobiles and Victory motorcycles for recreational and utility use.
Polaris is a recognized leader in the snowmobile industry; and one of the largest manufacturers of ORVs in the world. Victory motorcycles, established in 1998 and representing the first all-new American-made motorcycle from a major company in nearly 60 years, are rapidly making impressive in-roads into the cruiser and touring motorcycle marketplace. Polaris also enhances the riding experience with a complete line of Pure Polaris apparel, accessories and parts, available at Polaris dealerships.
Polaris Industries Inc. trades on the New York Stock Exchange under the symbol “PII,” and the Company is included in the S&P Small-Cap 600 stock price index.

Information about the complete line of Polaris products, apparel and vehicle accessories is available from authorized Polaris dealers or anytime from the Polaris homepage at http://www.polarisindustries.com/. 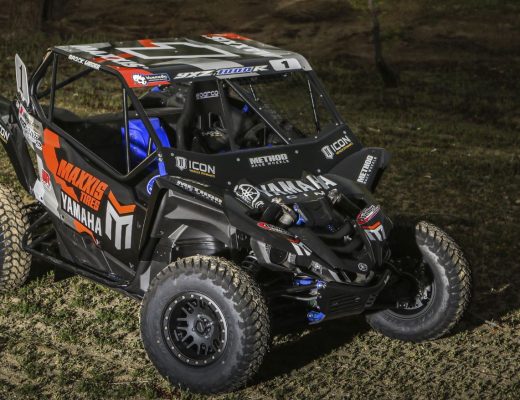