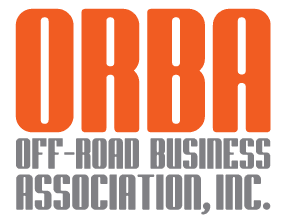 On May 21, 2013 Public Employees for Environmental Responsibility (PEER) and the Desert Protective Council (DPC) filed a lawsuit to stop open riding in the Ocotillo Wells State Vehicular Recreation Area (SVRA). The suit alleges that California Department of Parks and Recreation (State Parks) is not enforcing various Public Resources Codes with respect to trail maintenance and environmental protection.

The Ocotillo Wells SVRA is a very special place to the Off-Road Community and people from all over the country. Not only has it been the location of the popular TDS Desert Safari, but also many of us have raised our families there. This park was set aside specifically for open OHV recreation.

While State Parks formulates a response to the Lawsuit, the virtual powerhouse of OHV associations in California have decided not to sit idle and have been exhausting every effort to formulate a winning strategy. Coming off an historic victory against California State Parks, Ecologic Partners now finds itself planted firmly along side State Parks in defense of Ocotillo Wells.

Following a continuing successful campaign to save the Johnson Valley OHV area from Marine base expansion, The California Motorized Recreation Council will lend its ability to organize a wide selection of OHV Users under an umbrella group organizing fund raising and marketing efforts to keep the community unified. Jeff Knoll the Chairman of the Save the Hammers Sub Committee will Chair a new, yet to be named CMRC Sub Committee exclusively to Ocotillo Wells. “Our First Goal is to identify the stake holders who want to help defend Ocotillo Wells SVRA and organize them under a single strategic plan. We will defer to Ecologic Partners on intervener status, and TDS on the direction of the general plan since they are already specialized, and in motion in those areas, Our goals will be creation of a campaign to stop the continued attacks from PEER on OHV recreational areas” said Knoll “The whole of these associations have proven they are extremely strong when unified. We know how to win when we work together.”

The Ocotillo Wells SVRA is currently in the process of updating its general plan http://planocotillowells.com/ The general plan process allows for all users involved to have a say in how the park is managed. By filing this lawsuit both PEER and DPC have hijacked this process. They have attempted to silence all other voices except for their own. State Parks has thirty days to respond the lawsuit. It is our hope that State Parks will defend its management policy at Ocotillo Wells and force the plaintiffs to come up with scientific data to prove their allegations.

The CMRC Sub Committee to defend Ocotillo Wells will be open to OHV associations, at large members of the community, and any interested parties who are committed to defending Ocotillo Wells. If you are interested in serving on this team, please contact Fred Wiley, at the Off Road Business Association. Fwiley@orba.biz for details.

We urge you to contact your state representative and ask them to encourage State Parks to defend against the lawsuit.

You can locate who your representatives are with this link http://findyourrep.legislature.ca.gov/

You can use the Cal4Wheel CapWiz Letter Generator at http://cal4wheel.com/access-issues/action-center and click on Take Action.

Ecologic partners is; ORBA, ASA, and AMA District 37. (Additional funding for the successful Truckhaven hills lawsuit was provided by; San Diego Off Road Coalition, Tierra Del Sol, and the California Association of 4 Wheel Drive Clubs.) The Truckhaven lawsuit is the first time in California an OHV group has successfully challenged a state trail or route closure.

The Tierra Del Sol Four Wheel Drive Club was incorporated in 1962 and remains a family focused club to this day. Most famous for its annual TDS Safari in the Ocotillo Wells SVRA, the club attracts visitors from around the world who make the annual pilgrimage to the “Truckhaven Hills” to pilot 4 wheel drives through the expansive and difficult terrain. More on TDS club here: http://www.tds4x4.com/