So going into Parker everything was pretty new to me. I only had one desert race under my belt and that was with another team so I knew I had a lot of learning to do. Thankfully we had a lot of awesome people behind us going into this race whether it be sponsors or family and friends coming out to help so I knew we had a strong team. Tech is a great opportunity for the fans to come down and be a part of the action. Many sponsors will come out and display products and provide service to the racers.

We pulled up to the line Saturday morning with the car in perfect condition ready to start off the year strong! We started 10th which landed us on the 5th row outside. I was okay with this position as I knew dust wouldn’t be a very big issue. I also heard that I would most likely get holeshotted because the inside row was faster than the outside row so I was prepared to do a little following off the start. Luckily when we took off we got a great start and were able to come out of the S-turns ahead of the other car. From there we got on the graded road which was good, me and my co-driver Kurtis Elliott were able to settle in and get a good pace going. Its a little boring those first few miles as its basically just push the throttle as hard as you can and keep the car straight. A couple miles into the race we passed Johnny Angal who looked like he blew a belt so that was good for us since I know he is fast and started on the front row.

We eventually got into the long washes and I started focusing on catching the cars in front of us. Eventually we got our first car in our sights and were able to make the pass. The car was running good and so far no problems so I was stoked on that. We got by one more car I believe before Midway pit. We were able to drive through the pits with still no problems and get onto the high speed graded roads which were very fun. We kept on the gas and started seeing some lights and dust in the distance and worked on gaining ground. We chased down the cars in front of us for awhile and eventually passed S3 Powersports who was pulled over. I was pumped at this point, we had no problems and were moving through the field. We kept at in and got into some tight wash sections which was a blast. We caught up to Dan Fisher in a wash and made the pass. Dan is an awesome guy and a great driver and I sure did have a great time racing against him. I can’t thank him and everyone from Lonestar enough for building me such an awesome car.

So we kept on going and got out of the washes and into a much more rough area. The beginning of the race was so nice and had little to no rough sections so this was a big change. I backed it down a good amount since I was hoping for a finish more than anything else. We kept a good pace through the whooped out and rocky areas. Cory Sappington eventually caught and passed us and I picked up the pace a little bit once he got by. We were able to keep him in our sights and catch back up once we got into a more high speed area. We got on his bumper and made the pass and shortly after came into a hard breaking area with a big G-Out and I knew something happened to the car when we hit it. I told my co-driver I think we may have broke and axle but it was hard to tell while we were going through a sandy wash. For the next few miles we kept going and I tried to feel out the car and figure out what happened. I knew something was up but couldn’t figure it out so I just kept going. The main pit was getting closer and my team can fix anything. A few miles later we entered the parker python and as I was going through one of the corners I heard an axle slamming around in what I thought was the front of the car… I radioed in that I had a broken front axle and they tell me to put it into 2 wheel drive. This would have been a great idea except that it was a rear axle that was broken so I was now running on 1 rear axle in 2 Wheel Drive. This didn’t last long though, because with all that weight on one axle that one snapped right away so now I had front wheel drive only, about one corner from my pit. I was very confused at this point its tough to know whats going on when you’re inside the car and I thought I blew a belt. Me and the co driver get out and turns out we had two broken rear axles so we hop back in put it in 4 wheel drive and front wheel drive it to our pit.

In the end our pit ended up being around 12 minutes so I knew we still had a shot at a solid finish. I can’t thank my crew enough for getting me back on the track so quickly, as well as Garrick Lastra who came over from the Lonestar pit and was a huge help in getting me back out there.

So we head out for our 2nd lap and not to much happened. In the long wash before midway pit our belt got hot and started slipping so I got the car to midway pit and decided to have them do a quick belt change. After that we got going again and had clean air all the way to the finish. We pulled up to the podium and as much as I would have loved to get a better finish I was happy with a 7th place and a good start to the season!

I really can’t thank everyone backing me in this journey enough and Im excited to get the car more dialed in for the next race. Huge thanks to all of our family and friends that came out to help and support. Also all of my awesome sponsors that make it possible. 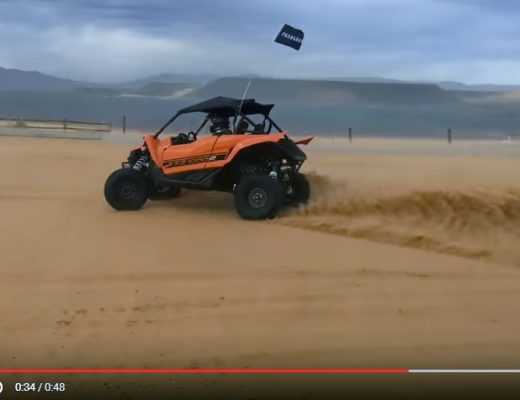 Adding Horsepower to your Yamaha YXZ1000R with a Supercharger