On January 17th & 18th Magnum Off Road Racing/Vigor Motor Sports competed at the season opneing round of the 2014 WORCS Off Road Race Series in Taft, California. Team owner and driver Daniel Rosenzweig and the rest of the Magnum Crew rolled into Taft looking forward to the start of a second season running the John Deere Gator RSX 850i. This being the second time competing on this mostly natural train course with a solid infield. Danny was looking for ward to a good week end. As usual the weekend started with practice on Friday to get a feel for the track. Again as has become routine Danny had a good run feeling confident about the car’s set up.

Saturday afternoon the John Deere RSX 850i car #138 hit the start line in the 850 Production class. When the green flag dropped Daniel got another good start and soon charged into the lead. That’s exactly where he would stay earning himself and the RSX there fist victory in the 850 class and solidifiing the position as the car to beat.

Daniel’s victory added to the January winning streak for the John Deere RSX 850i’s as #138’s sister car the desert race version won the week before at the BITD Parker 250. Thus proving the John Deere Gators to be a truly worthy platform for competition. After a good first year the Vigor Motorsport / Magnum Off Road team is off to a great start in 2014.

Look for the Magnum Off-Road John Deere RSX 850i next month at Round 2 of the 2014 WORCS series in Primm Nevada. 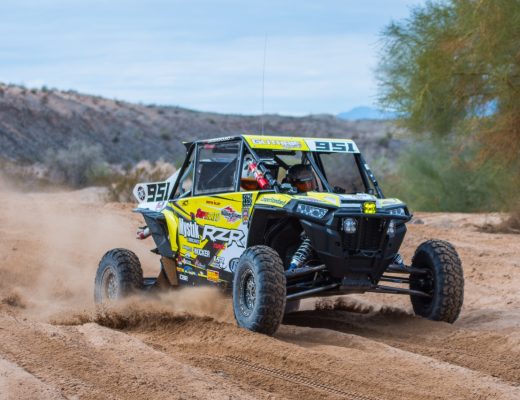 Team RZR Off to a Winning Start for 2017 Racing Season