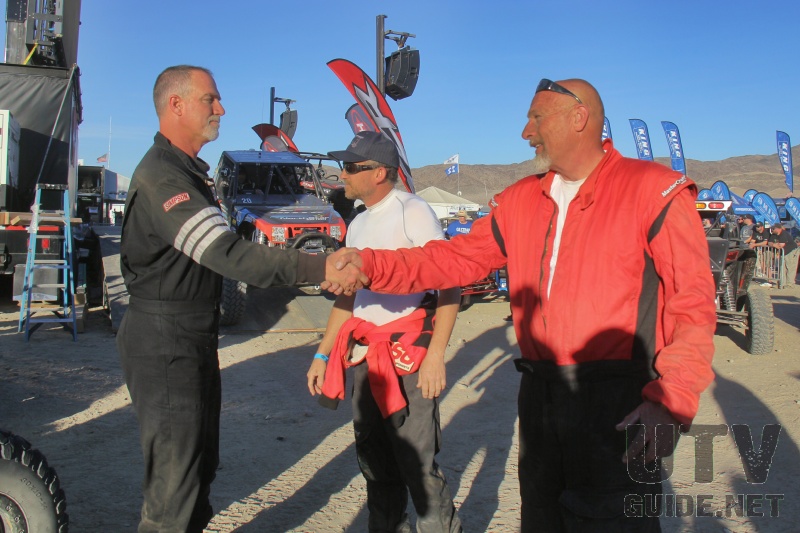 Most of the pro class will be racing 1000cc UTVs, but for two seasoned rock crawling veterans, the choice was a little different. Instead of choosing a RZR XP 1000 or Arctic Cat Wildcat, they have both opted for smaller, more nimble platforms. Bulloch testing in Johnson Valley for King of the Hammers

Dean Bulloch has been racing since he was 13 competing in Motocross, Trials Riding, Drag Bikes, Snowmobiles, Rock Crawling and Desert Racing. His exceptional career has included 169 wins and 21 championships across all disciplines of racing. Bulloch has competed in the King of the Hammers finishing 7th in 2008 and 16th in 2010. Dean also owns D&P Performance in Cedar City, Utah, which is the largest volume Arctic Cat Wildcat dealer west of the Mississippi.  In addition, Bulloch also owns Wildcat Willys, which  specializes in custom race cars, fabrication and aftermarket accessories for all Arctic Cat Wildcats. With his ties to Arctic Cat, Dean has selected a 2015 Arctic Cat Wildcat Sport for the King of the Hammers UTV Race. The 2015 Polaris RZR S 900 and 2015 Arctic Cat Wildcat Sport were introduced in 2014 and are the smaller brothers of the RZR XP 1000 and Wildcat.  Their 60-inch wide stance slots in-between the larger 1000cc units and the 50-inch Polaris RZR and Wildcat Trail.

While Crowley and Bulloch might be outgunned in the desert portions of the race, the more nimble platforms could be an advantage in the rocks. “The RZR S 900 and Wildcat Sport are smaller, lighter and turn better than the XP 1000 and Wildcat,” said Jon Crowley of UTVGuide.net. “I truly believe that Dean and I will surprise the naysayers once we get to the rocks.”

“I look forward to racing against Crowley and his RZR S in my Wildcat Sport,” said Bulloch.  “It will be very interesting to see how the big dogs do against us seasoned veterans in our smaller rigs. I welcome the challenge, and cannot wait to get the race underway.”

To make the race a bit more exciting, Bulloch and Crowley have a little side bet on the line for the race too. $100 goes to the winner, but the bragging rights will be worth much more!

One thing is for sure. To be successful at King of the Hammers, it takes a great team. The course is incredibly tough and spotters will find themselves out of the vehicle in tough rock obstacles. Winching, rolling rocks and playing billy goat are all part of the plan.  Toss in a broken axle or some other issue, and the spotter needs to not only keep his cool, but be able to jog over big boulders and steep canyons. Crowley and Bulloch are taking different approaches to spotter selection.

Karl Munford will be co-driver for Dean this year and that is nothing new.  Dean and Karl have been completing together since 1983.  Karl is an operations engineer at Ruby’s Inn at Bryce Canyon. He is a long-time rock crawler that never gives up, and his experience is a huge asset to the team.

Tommy Scranton of IMG Motorsports will be spotting for Jon Crowley.  Tommy isn’t new to the UTV world.  He spent several years in the fabrication shop at Pro Armor before moving over to work at IMG.  He also races a RZR in several short course series.  Although he is new to rock crawling, he has intimate knowledge of the RZR product line, great race experience and cool demeanor that will keep the team moving when things get tough. At the finish line

We rolled into Hammertown USA at 4:07 after 8:05:30 on course. After telling the story of our day on the stage and thanking our sponsor we rolled off to find Bulloch. He had come across 16:45 in front of us.  I thought Guthrie and Sims where 1-2, but found out later that Sims had broke and that put us as 3rd place for Pro UTVs. Race officials gave racers until 5pm to finish and Chad Hughes crossed the line in a XP 1000 16 minutes before 5pm.  Cody Currie had also finished the race in the Sportsman class. That is only five finishers out of more than 50 racers! Dean Bulloch had started in front of me, and although I was within a few cars of him several times during the day, I was never able to make a pass on him. Congrats to these guys for a great race.

More About the RZR S 900 and Wildcat Sport The RZRS 900s 60 in width and 79 in/ wheelbase provides an incredibly stable footprint for riding in wide-open spaces while the EPS-equipped units make sure the vehicle takes the brunt of what that space has to offer.

The RZR S 900 is equipped with On-Demand True All Wheel Drive (AWD),  to keep the front wheels pulling stronger and longer maximizing power delivery to the ground in every condition for a more responsive ride. It also features a narrow turning radius and a 20 percent faster steering response. The units ultra-rigid, tubular chassis also provides substantial improvements in stiffness and durability, and complement the all new suspensions.

At the heart of the RZR S 900 is a 75 horsepower ProStar® 900 engine offering improved power-to-weight ratio and faster acceleration. The new ProStar power plants offer more than 40 percent more horsepower and 15 percent more torque than the previous RZR 800 models.

The RZR S 900 suspension features a Dual A-Arm Front and Rear Suspension with 12.25 in front, 13.2 in rear suspension travel and 12.5 in of ground clearance. The Wildcat Trail and Wildcat Sport feature some of the industrys lowest power-to-weight ratio and help give these vehicles great acceleration. 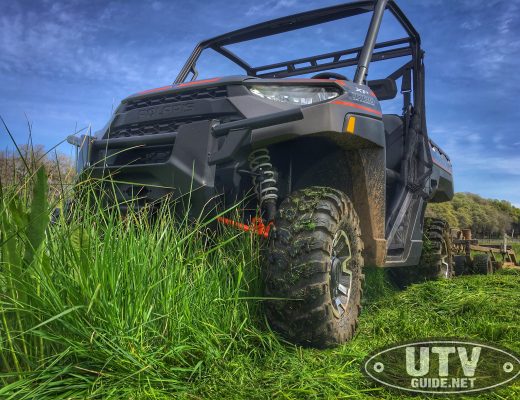 Camping on the Rubicon Trail