KAWASAKI TERYX EXCELS AT KING OF THE HAMMERS 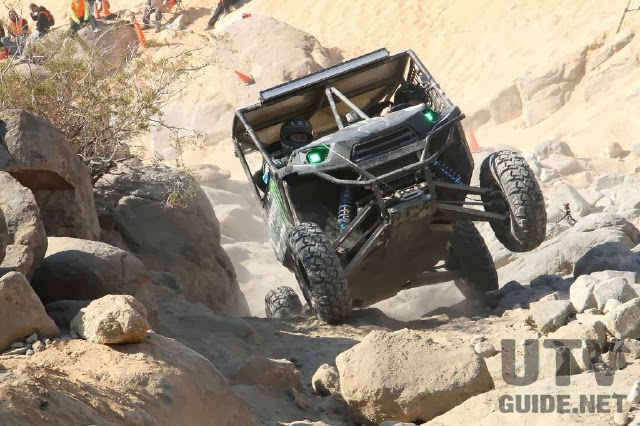 IRVINE, Calif. (February 12, 2014) – It’s one thing to enter what has been called “the toughest one-day off-road race in the world,” it’s another entirely to finish on the podium in that competition. Lined up against a field of heavily modified Side-by-Sides, Kawasaki’s Casey Currie relied on the power of his Teryx4™ stock 750-class engine to finish third in the 2014 King of the Hammers (KOH) UTV Pro Class race this past week in Johnson Valley, Calif., beating many 1000cc ‘race-ready’ machines.

Perhaps what is most impressive is the fact that Currie, with a factory-spec 749cc V-twin powering his Kawasaki Teryx4, beat out 23 challengers in the fully-modified Side by Side class, many of which boasted significantly higher displacement.

“Casey’s results are a testament to the Teryx4’s capabilities. In a race as demanding as KOH, when you choose a vehicle that is built to the highest standards of quality, durability and performance right off of the showroom floor, heavy aftermarket improvements aren’t always necessary,” said Kevin Allen, public relations manager, Kawasaki Motors Corp., U.S.A. “The fact that the Teryx4’s OEM motor can use its amazing torque and mid-range to compete head-on with the competition’s modified engines speaks to Kawasaki’s commitment to engineer the best off-highway vehicles, not just ones that focus mainly on displacement figures.”

While Casey took the Teryx4 to the number three spot in the Pro Class, his brother Cody Currie drove his 2014 Teryx® to second in the UTV Production 850 Sportsman Class. The new Teryx excelled throughout the King of the Hammers’ course that featured highly technical rock-crawling sections intermixed between sections of high-speed desert terrain.

The 2014 Teryx finished on the podium due to the strength of its 783cc motor which offers 26% more power and 12% more torque in the low- to mid-range over previous models, coupled to a smooth Continuously Variable Transmission (CVT) and centrifugal clutch. The 2014 model also features a larger double-X frame chassis for optimal handling and premium FOX Podium high-performance shocks.

The Teryx’s durability was put to the test at the King of the Hammers not only during the UTV races, but throughout the week as the event organizer, Ultra4, relied on the Kawasaki’s to patrol and clean up the course during the seven-day competition.

Kawasaki now offers an industry-leading 3-year Limited Warranty on all Teryx and Mule™ Side by Sides as proof of its commitment to give drivers the best off-road experience possible for years to come. A large selection of Kawasaki Genuine Accessories is available through authorized Kawasaki dealers. As with all off-highway vehicle recreation, Kawasaki encourages Side x Side drivers to drive responsibly and to respect the environment.

Kawasaki Motors Corp., U.S.A. (KMC) markets and distributes Kawasaki motorcycles, ATVs, Side x Sides, and Jet Ski® watercraft through a network of more than 1,200 independent retailers, with an additional 7,400 retailers specializing in Kawasaki power products and general purpose engines. KMC and its affiliates employ nearly 3,100 people in the United States, with 300 of them located at KMC’s Irvine, California headquarters.

Kawasaki’s tagline, “Let the good times roll.™”, is recognized worldwide. The Kawasaki brand is synonymous with powerful, stylish and category-leading vehicles. Information about Kawasaki’s complete line of powersports products and Kawasaki affiliates can be found on the Internet at www.kawasaki.com. 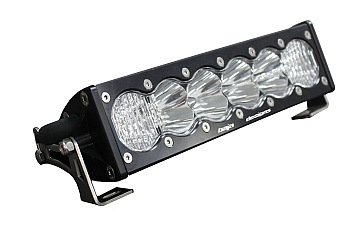