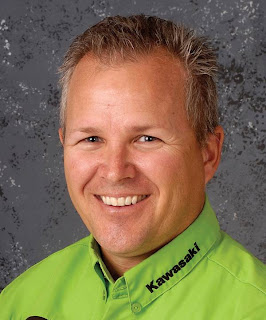 IRVINE, Calif. (June 23, 2011)—Kawasaki Motors Corp., U.S.A. (KMC) announced that Reid Nordin, a 25-year veteran of the company, and the current manager of Kawasaki’s Team Green amateur racing program, has also been named to manage all of the company’s professional racing programs, effective immediately. Nordin, who becomes senior race team manager, will continue to oversee the amateur program.
Mike Fisher will continue to manage field activities for the Kawasaki professional motocross/supercross effort.
Prior to taking over the Team Green program in 2001, Nordin, who was formerly an active off-road racer, had served as a test development technician in Kawasaki’s Research & Development group and had also been an off-road supervisor with the Team Green program.
Kawasaki’s amateur program has been a proving ground for many of the nation’s top off-road racing talent. The list of successful professionals that have come from Team Green is long, including three of the most recognized racers currently on the professional circuit, Ryan Villopoto, Blake Baggett and Dean Wilson.
“I’ve had the privilege to work with numerous riders as they were growing into their professional careers,” said Nordin. “This will be an interesting and challenging transition for me, and I’m looking forward to keeping Monster Energy Kawasaki on the podium.”
Kawasaki Motors Corp., U.S.A. (KMC) markets and distributes Kawasaki motorcycles, ATVs, personal watercraft, utility vehicles and recreation utility vehicles through a network of more than 1,350 independent retailers, with an additional 8,000 retailers specializing in Kawasaki power products and general purpose engines. KMC and its affiliates employ nearly 3,100 people in the United States, with 300 of them located at KMC’s Irvine, California headquarters.
Kawasaki’s tagline, “Let the good times roll.™”, is recognized worldwide. The Kawasaki brand has become synonymous with powerful, stylish motorcycles for over four decades. Information about Kawasaki’s complete line of recreational products and Kawasaki affiliates can be found on the Internet at www.kawasaki.com. 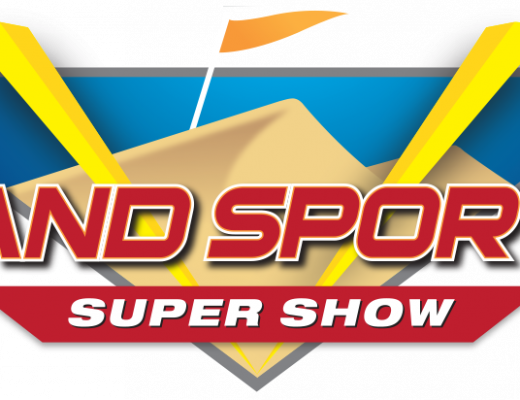