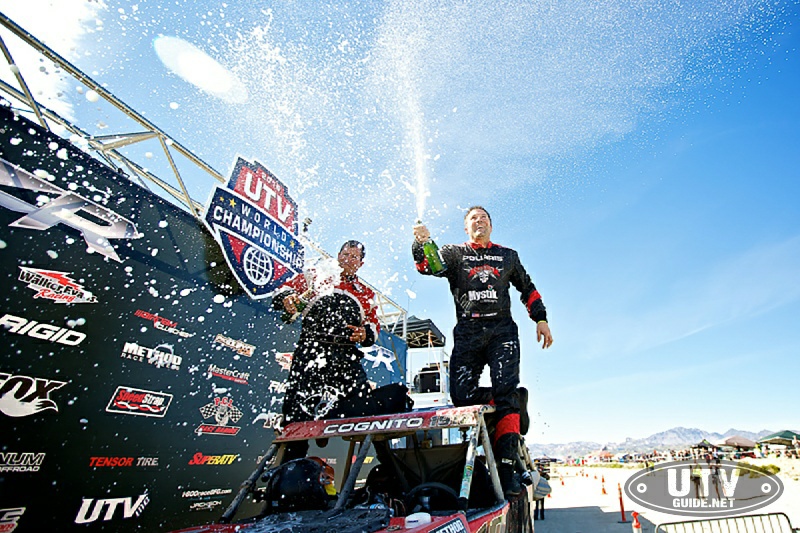 Race Report by Justin Lambert
2016 UTV World Championships, I personally was pretty nervous coming into this race. We had won the last 3 out of 4 BITD races, had a great start to the season at the Parker 250 winning overall, and I was hoping that we could continue with success especially at the biggest UTV race of the year. I am not a very lucky guy, but the Cognito team has been working super hard on our race car and program, so we knew we had a good shot without luck. We are still racing a NA (naturally aspirated) RZR XP 1000, but are always gunning for the overall UTV win which includes beating the turbo cars. The overall winner of this race would be awarded a new Polaris RZR XP Turbo! 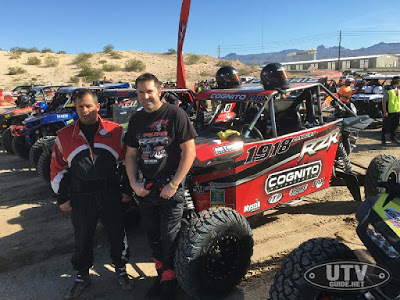 On race morning, we were able to line up in the first row since we won Parker, first row was 10 cars wide and the start of the race was a dead engine land rush start, the only race that starts this way in all the desert racing that we do. The race director said 1 minute till green, and that last minute before the green flag dropped seemed like 5 minutes as my co driver Victor Herrera and I sat there and stared at that flag. 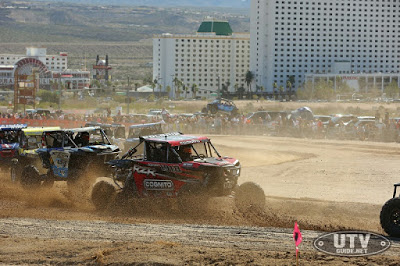 The green flag finally dropped, we fired up and pinned it just missing the hole shot by one position as Jones in his turbo car motored us off the line. We got thru the infield section and headed out into the desert and Sims was on our tail. The course opened up a little, so we moved to the right and Sims passed and was gone. He caught up to Jones soon after and looked to be checking out. Just before the proving grounds Guthrie was on our rear bumper, we hung a left turn into the big rough section, where there were 4 lanes, I took my pick and we pulled away from Guthrie. 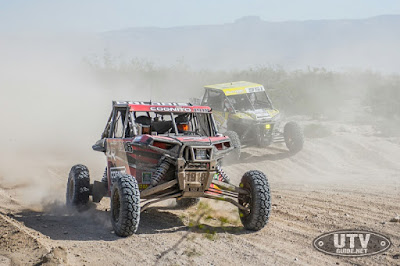 The loop was only 15 miles long, so pretty soon we were back into the infield and in 3rd position, but with Guthrie closing in about a quarter mile back. Sims was pulled over in the infield with an issue so that put us second on course heading back out into the desert, but Guthrie in his turbo RZR would overtake us about half way thru the second lap. At this point, we knew we were not going to beat these turbo cars unless they had issues, and we pushed them hard for the first half of the race while running our NA RZR right on the edge. Just after half way thru the race, we seemed to be reeling in Guthrie, and we were trying to decide when we were going to stop for fuel. At the end of Lap 6 we were going to stop for fuel, Guthrie was 200 yards ahead of us. We came around the last corner before the hot pits, Guthrie passed a lapper and pulled into the stop check before the hot pit, the lapper also pulled in right behind Guthrie. So now there were 2 cars coming up to the stop check and I didn’t want to wait in line to enter figuring we would lose 10 seconds, so we decided at the last second to go one more lap. We felt this would pressure Guthrie to push hard to catch us again. Push hard he did, he caught us half way thru lap 7, we kept him in viewing range but Victor and I knew we would not beat him unless he broke, so we decided to take care of the car and get to the finish. By this time the course was so chopped up that it was beating our guts out and we felt that backing things down a bit was necessary. This just turned into the choppiest course I had ever raced. 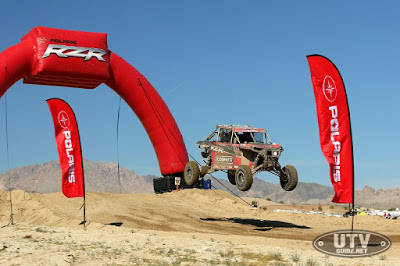 We pulled into pit for fuel at the end of lap 7, letting Guthrie slip further away. We sped back off into the desert for lap 8 and started to feel the clutch slipping at higher speeds, so we played it safe and backed it down a bit, radioed into pit and told them to be prepared to change a belt. They radioed back and said they heard Guthrie had broken at least one axle. We felt they would not make it to the finish without a repair, so we tried not to get too excited as we were having issues of our own trying to baby the clutch. We passed the hot pit gambling on the clutch belt lasting, and starting lap 9 we ran across Guthrie pulled over, that put us first on course. There were so many cars on this little 15 mile loop, that no one in our pit was sure who else was on the lead lap. We took it easy on lap 9 planning to gamble again for lap 10 with the clutch, as we did not know who was close to us on corrected time. We wanted to win the UTV World Championship and that new Polaris RZR! We passed the hot pit again and headed out on the last lap, cringing every time we came upon a choppy section. Making it to the proving grounds with all the huge whoops felt like a savior after going thru all that tight chop that shakes your guts. We chose to run 30” tires but with the chop I was wishing we were on 32s. 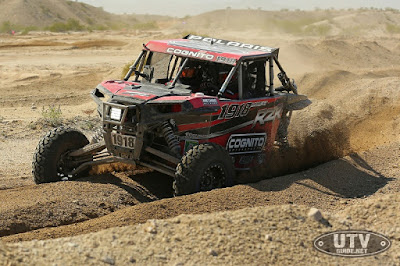 We made it back to the infield, when our pit said that Burnett was 1 minute behind us and they thought he was on the lead lap. Burnett started in the row right behind us and I wasn’t sure if they were 1 minute staggered start, or 30 seconds. We picked up the pace that last mile and crossed the finish, 1 minute later Burnett went back out for another lap and we were relieved. We just won the UTV World Championships! 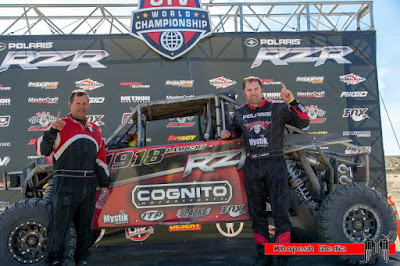 Huge thanks to our sponsors who make the best products and help get us to the finish line! Polaris RZR, Cognito, Mystik Lubricants, Sparks Performance Products, Method Race Wheels, ITP Tires, FOX Shocks 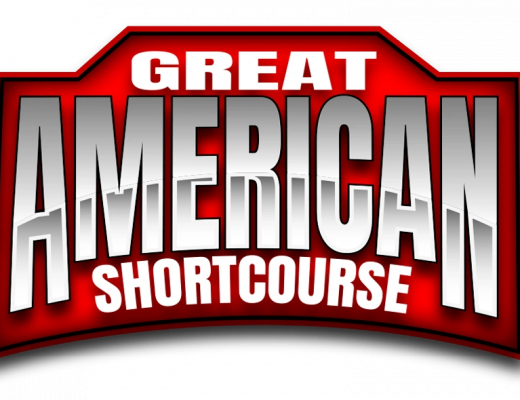