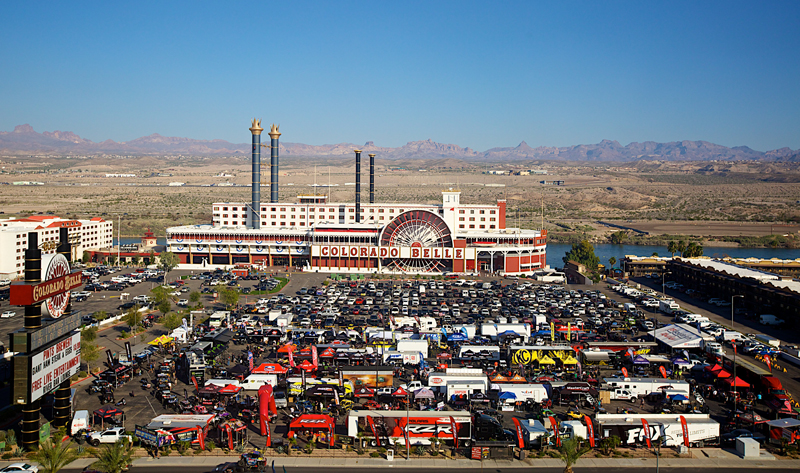 The 2016 Polaris RZR UTV World Championship powered by Monster Energy took over Laughlin, NV this weekend. Three championship races were held at the Laughlin Off-Road park and thousands attended to watch the biggest field of UTV’s throw down in all out battles to claim the overall wins. Final numbers amount to 76 motorcycles and quads, 212 UTVs (24 Youth) and 450+ total banded racers to amass the largest UTV race in the world. 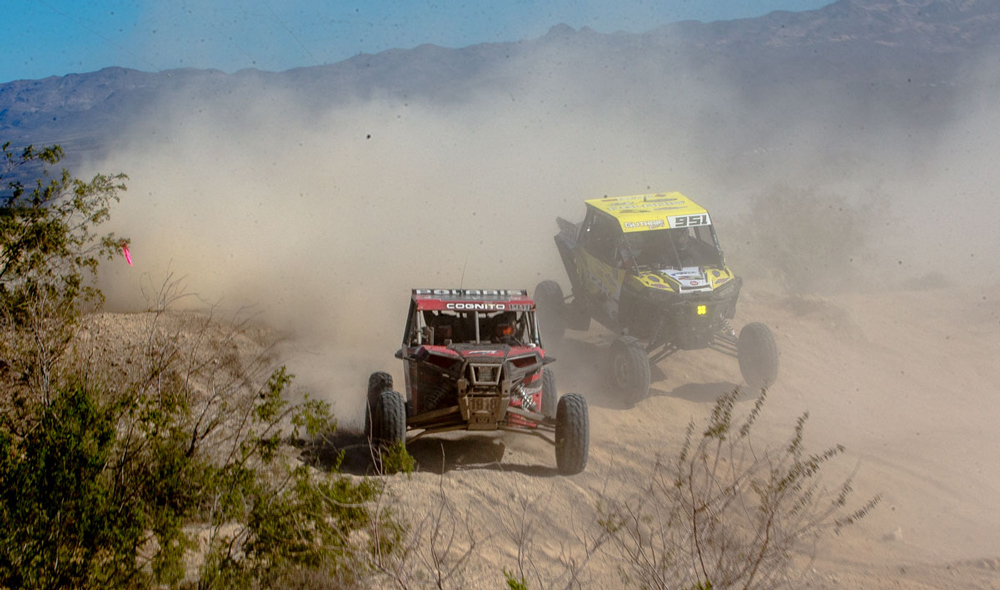 #1918 Justin Lambert won the Walker Evans Racing Desert Championship Race with a time of just over three hours (03:05:32.056) in his Naturally Aspirated Polaris RZR XP1000. Lambert spent the majority of the race battling against the #951 RZR XP Turbo of Mitch Guthrie. Lap by lap, the two changed leading positions nearly six times and continued to battle within fifteen seconds of each other in the final laps of the 160-mile race. 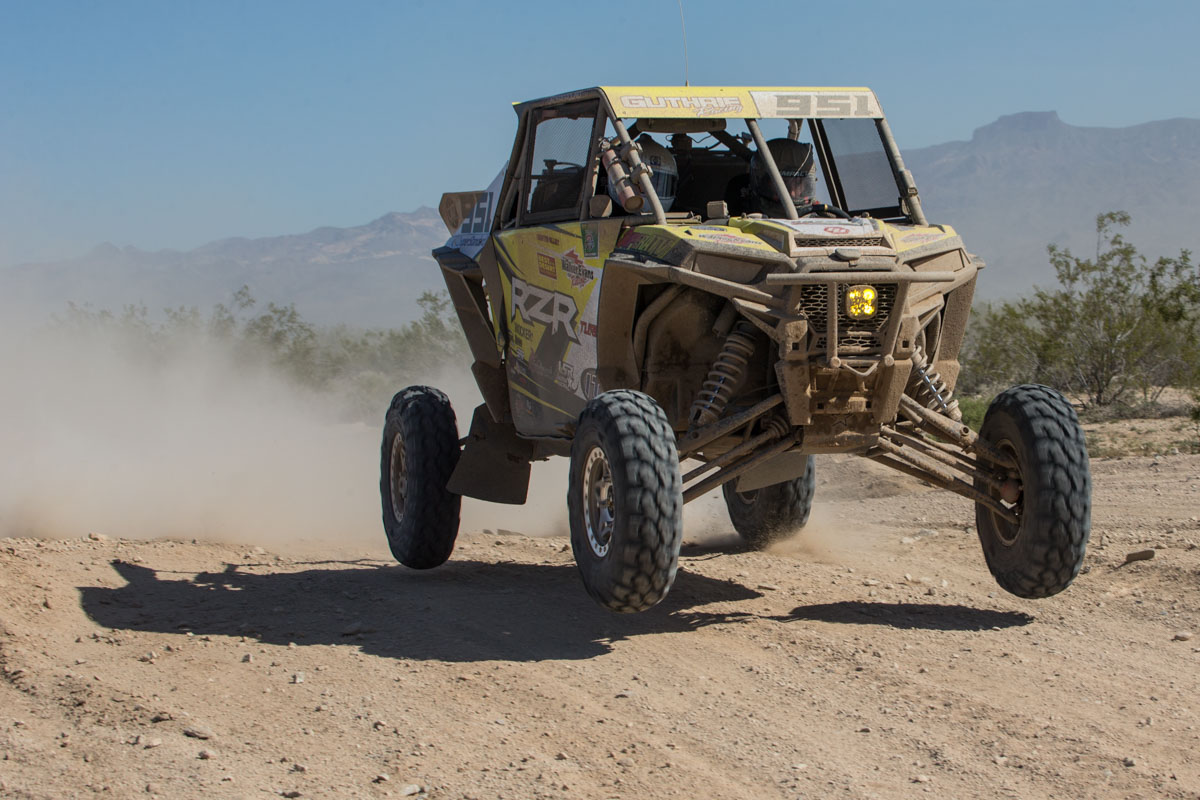 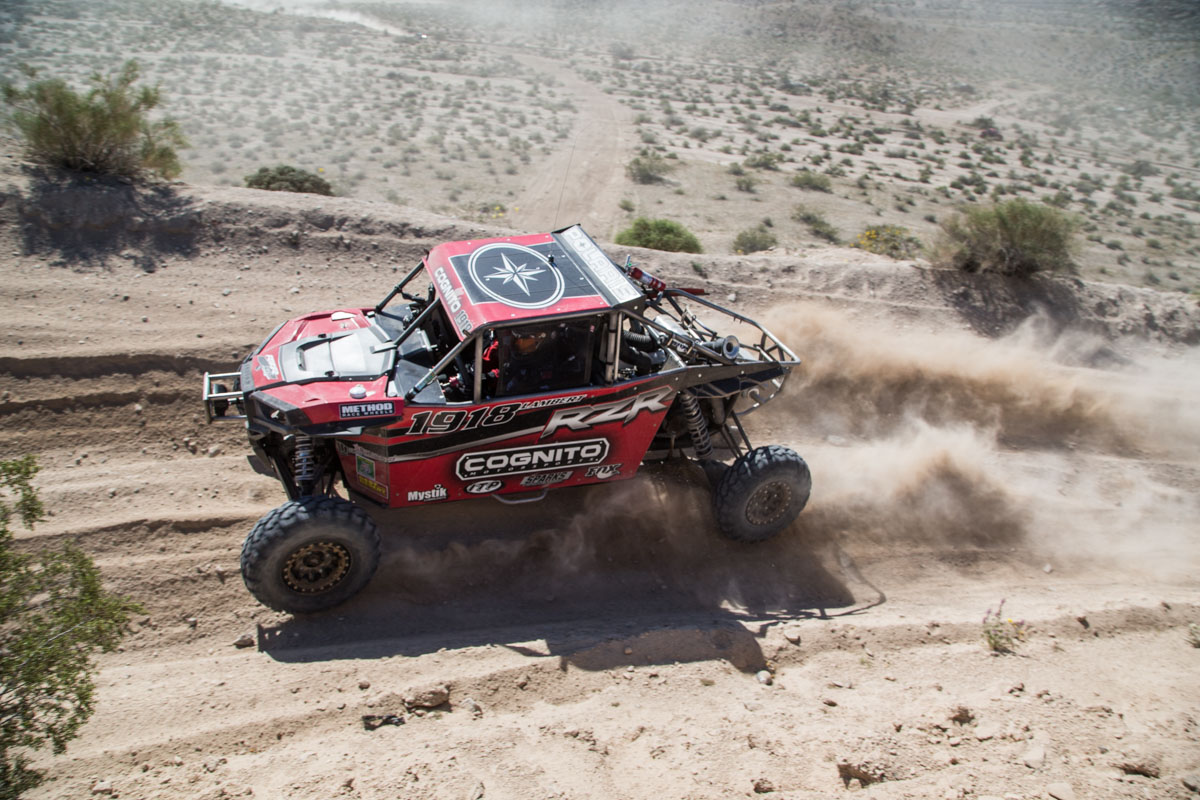 Guthrie eventually succumbed to the battle with Lambert after breaking the front differential and both rear axles, forcing him to limp to an 8th place finish overall. Lambert when on to cruise to an easy victory, finishing over ten minutes ahead of second place finisher and Turbo Class Winner, #960 Ryan Laidlaw. With a victory at the Best in the Desert season opener at the Parker 250, the win marks Lambert and Cognito Motorsports’ second consecutive win in 2016. 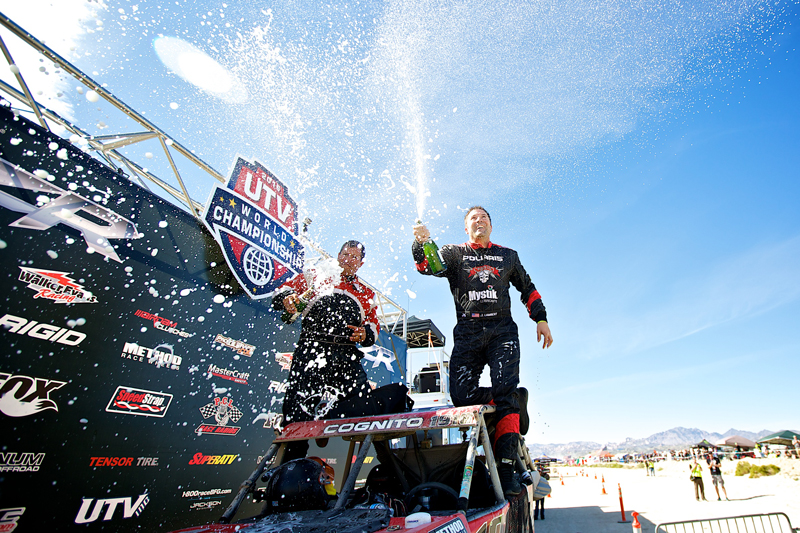 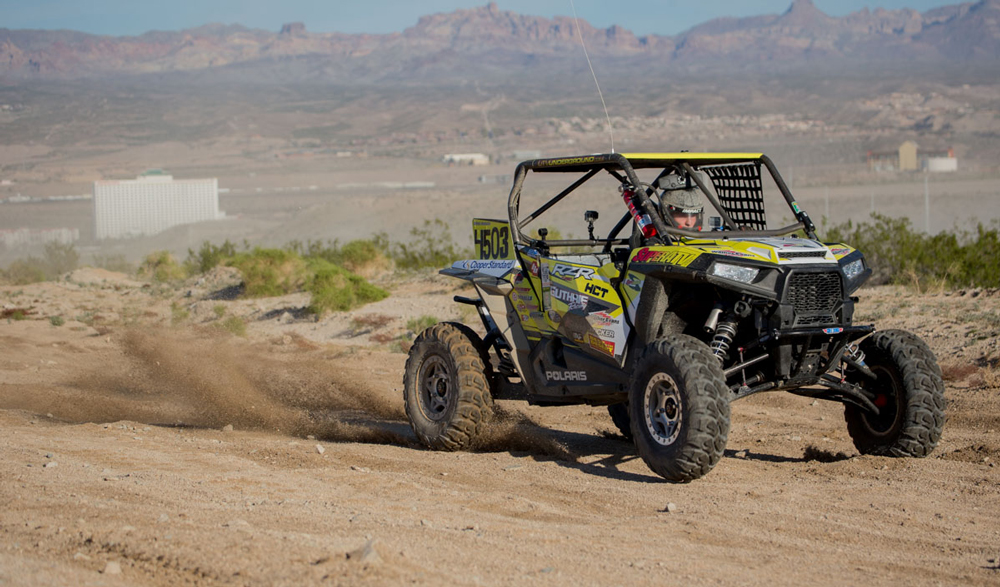 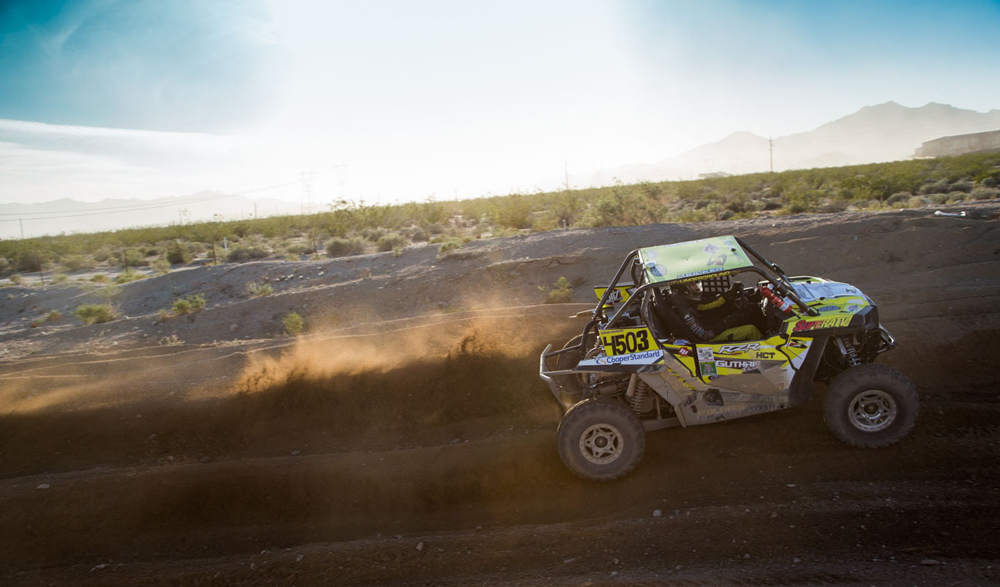 Guthrie bounced back and won the Holz Racing Products Production Short Course Race in his #4503 Polaris RZR. The race was a nonstop blitz of action, with over 100 production vehicles in the race. With so many vehicles entered, BITD was forced to use the entire 16 mile loop, instead of the smaller track originally laid out. Lap traffic was drastic and racers battled four solid laps. Guthrie put on a clinic and finished fifteen seconds ahead of second place finisher, #144 Mickey Thomas. #4537 RJ Anderson took the last spot on the podium. 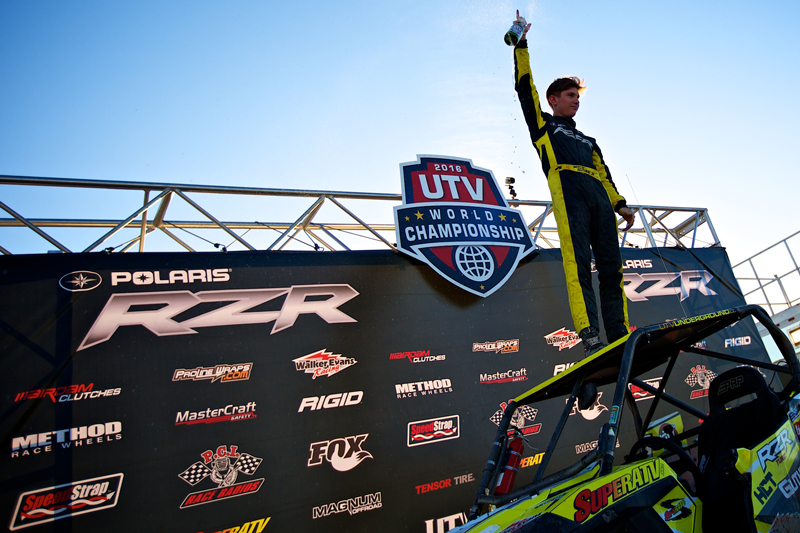 Magnum Off-Road signed on this year to title sponsor both Youth Championship races. For the past two years, UTVUnderground.com has worked very hard to foster the growth of the RZR 170 race classes and give the younger drivers a place to begin racing RZRs, as well as a good starting point to grow into the sport of off-road. 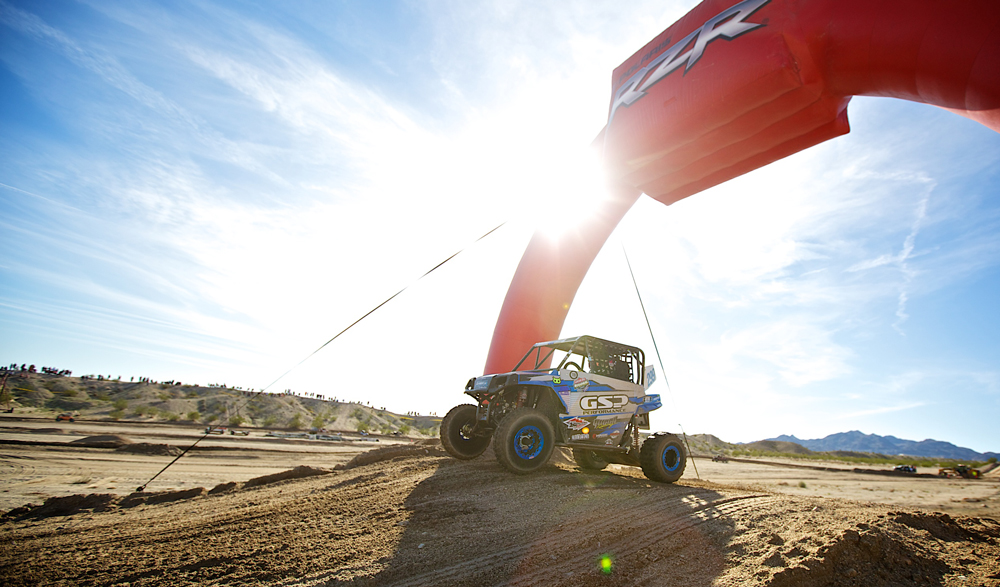 In his first UTV race ever, #299 Julien Beaumer won the Magnum Off-Road Youth Production RZR 170 race, completing 11 laps in 00:30:34:721. Julian is a champion motocross racer and first in the world on a jet ski. Julian borrowed the RZR 170 from the Gonzales Family, whose son Dallas Gonzales raced in the unlimited 250 Class. 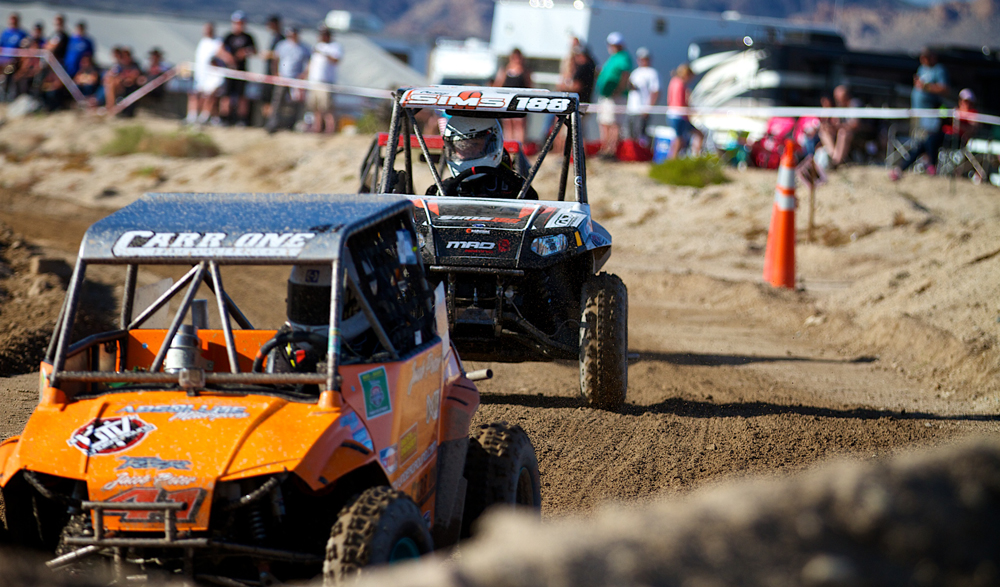 #188 Casey Sims won the Magnum Off-Road Youth Unlimited 250 class and finished just under the thirty-minute mark. Casey competed last year and his team worked hard all year, building him a new RZR 170 to race at this years event.

Of the twenty-four youth racers, only four did not finish! 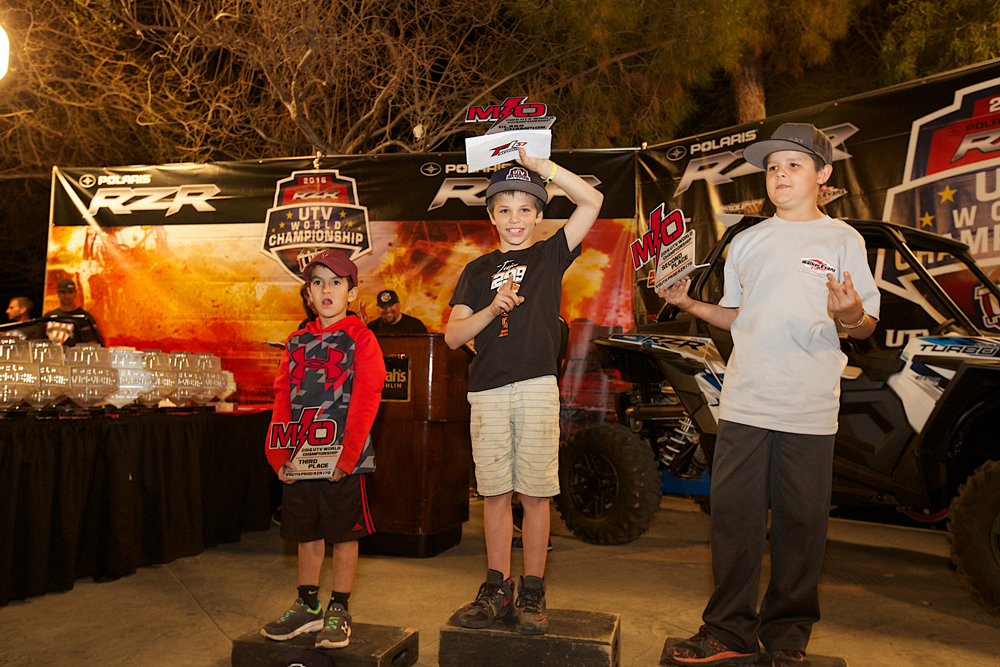 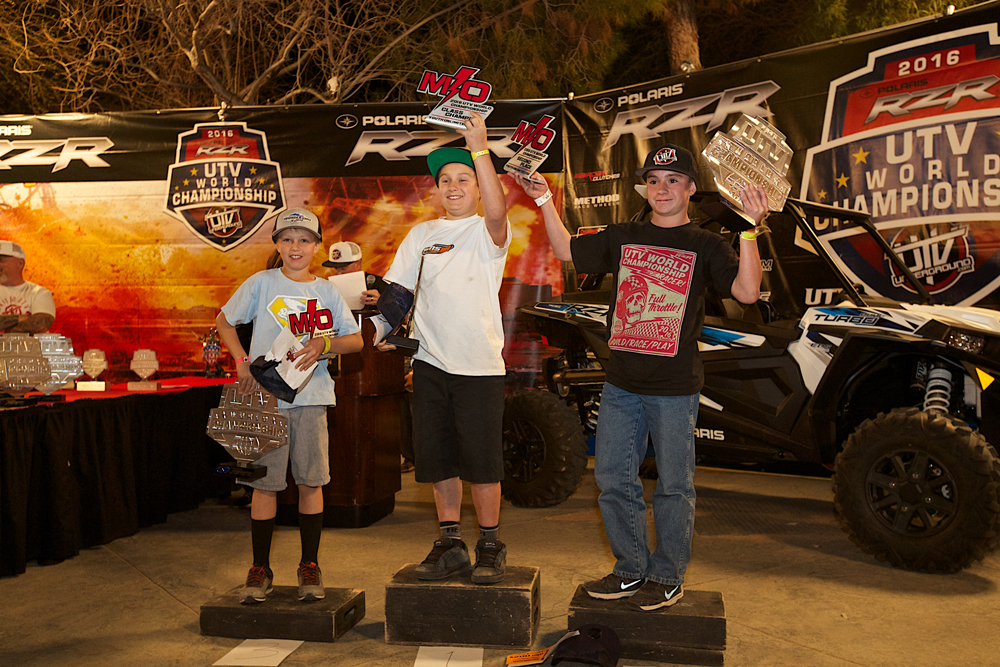 Click here to see the unofficial Youth 170 and 250 results. 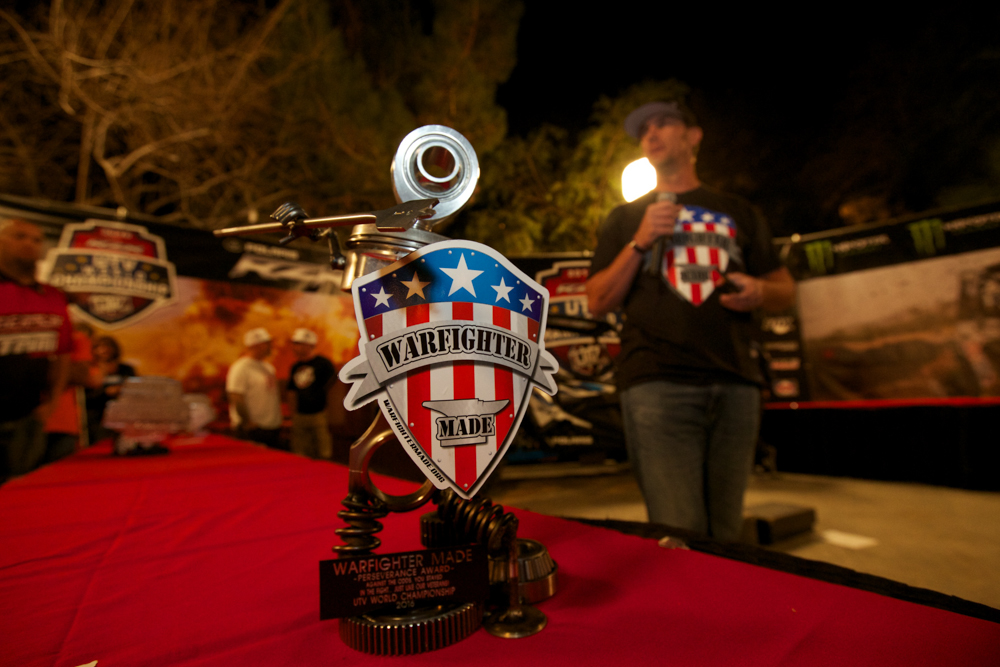 The Warfighter Made Perseverance Award is given to the racer who perseveres through the trials and tribulations that is off-road racing. Warfighter Made provides combat wounded veterans and active duty service members options to their physical and mental therapy and long term wellness, through recreational therapy and by the adaptation and customizing of vehicles and adaptive equipment. To earn the Warfighter Made Perseverance Award, you have to show the intestinal fortitude of America’s military and stay in the fight! 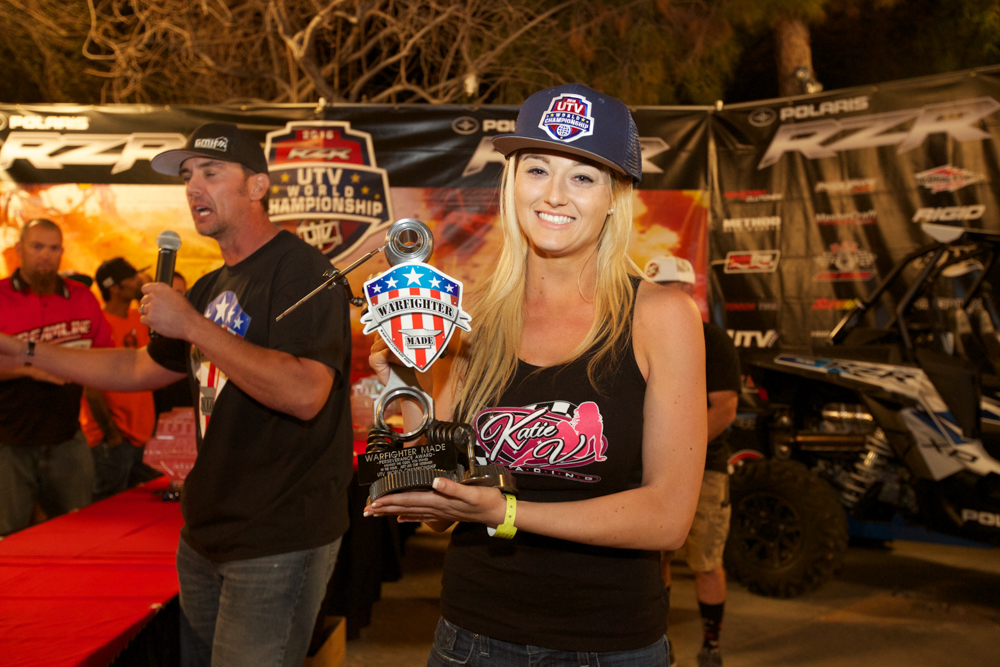 After suffering a bad crash that sent her Polaris RZR in a frantic barrel roll, #172 Katie Vernola was able to build her car back to working condition and limp to the finish line to finish the 2016 Polaris RZR UTV World Championship powered by Monster Energy in 61st place. In doing show, Katie Vernola won the 2016 Warfighter Made Perseverance Award.

“We knew we were putting on the worlds largest UTV race event, but to see 212 UTV teams come out to compete totally exceeded our expectations. We can’t thank BITD, Polaris RZR and each and every team, racer, fan and sponsor for making this event happen!” thanked UTVUnderground CEO, Joey DiGiovanni. 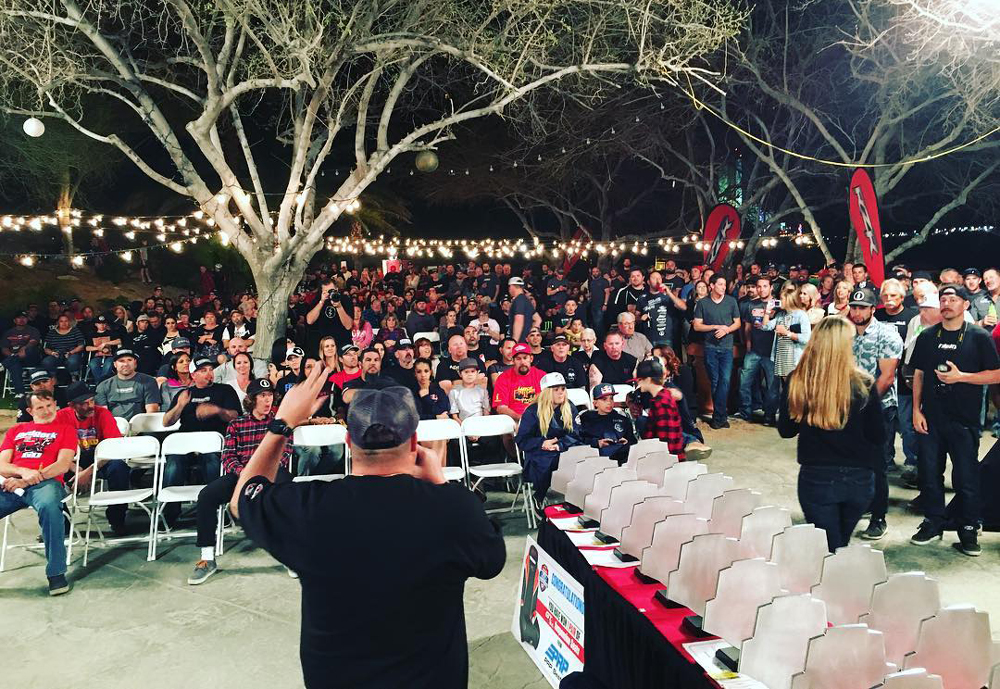 On behalf of UTVUnderground, Mad Media and Best in the Desert, to Polaris RZR, Monster Energy and all our supporting sponsors, our 80+ contingency vendors, 140+ poker run participants, our 76 motorcycle and quad racers, our 212 UTV racers, our 30+ guest media, our tremendous staff and all the fans and friends who made the 2016 Polaris RZR UTV World Championship powered by Monster Energy – THANK YOU! 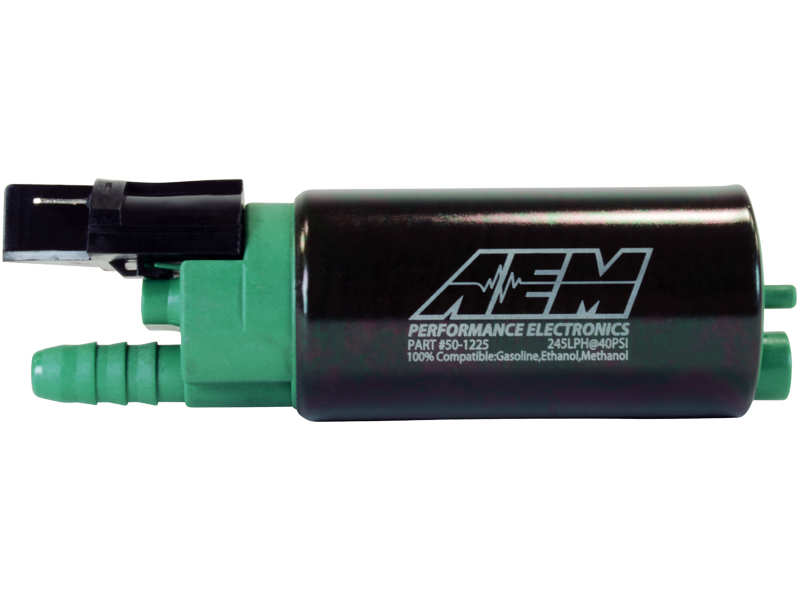