Minneapolis, December 10, 2009–With only 24 points separating the top three teams heading into last weekend’s BITD Henderson Fabtech Desert Classic, the Jagged X/Polaris Racing team had little room for error. When the dust cleared, the second place finish was enough to secure the Jaggged X team the “1900 class” championship with their RANGER RZR for the third time in a row. The feat continues to prove just how dominating Jagged X and their RANGER RZR have been in the series.

“This racing season has been exciting season for us and for the entire UTV class,” said Bill Schueler of Jagged X. “The points chase has been anyone’s guess all year long. Overall this has been a great season for Jagged X and Polaris Racing. We are looking forward to next season which begins in just a few short weeks back at Parker, Ariz.”

After a strong start at Parker this year, Jagged X fell short at the next two races but then turned it around winning the “Vegas To Reno” and the “Silver State 300.” They ended the season with two second place finishes at the “Primm GP” and at the “Fabtech Classic” and clinched their third consecutive BITD Championship. “Polaris would like to congratulate Jagged X on another great year of racing,” said Craig Scanlon, director of product line sales for Polaris. “Jagged X has proven three-fold that the RANGER RZR is a force to be reckoned with in the desert and Polaris would like to thank the team for all of their hard work and dedication.”

About Jagged X
Jagged X is a family owned business located in Phoenix Arizona. Formed in 2003 from a passion for off road vehicles, Jagged X quickly became a pioneer in the custom side by side segment and is known for bringing their customers quality and innovation with their own brand of style. In 2007 Jagged X formed an aftermarket partnership with Polaris industries with the introduction of the exciting new RZR. They continue to lead the pack in the development of exciting products for the RZR such as long travel suspension, billet and tubular accessories. Jagged X can be found on the web at: www.jaggedx.com

With annual 2008 sales of $1.9 billion, Polaris designs, engineers, manufactures and markets off-road vehicles (ORVs), including all-terrain vehicles (ATVs) and the Polaris RANGER™, snowmobiles and Victory motorcycles for recreational and utility use and has recently introduced a new on-road electric powered neighborhood vehicle. 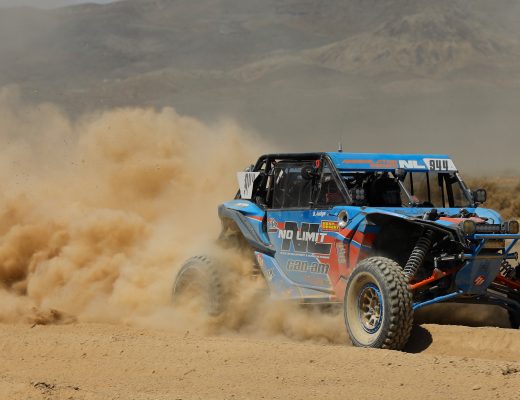