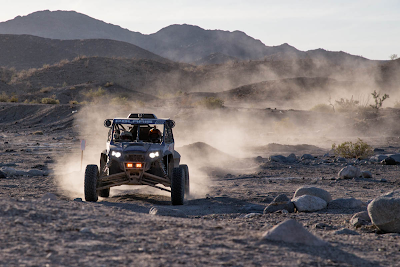 Minneapolis, June 4, 2013 – After Jagged X/Polaris Driver Matt Parks won the
opening round of the 2013 SCORE Baja championship, at the Tecate SCORE San Felipe
250, he knew he would need to share the driving duties for the second round, the
45th Tecate SCORE Baja 500. Parks enlisted teammate Brandon Schueler, who races
in the Best In The Desert series, to not only drive, but to start the race. The
strategy would pay off with the Jagged X Team winning their second straight SCORE
race.

“Schueler has more UTV racing experience that anyone out there and I knew he would
do a great job in Baja,” Parks said.

Schueler and his co-driver Keith Redstrom took the green flag in the No. 1932 RZR
XP 4 900 and kept a steady pace through the first fuel stop but encountered a huge
bottleneck at the 100 mile mark where a long line of cars were stuck in a
particularly nasty section. Once through the section, Schueler took after the lead
UTV. Once in second place and 230 miles into the race, Schueler handed the RZR
over to Parks and co-driver Jason Spiess.

‘We were in second place approximately 35 minutes behind the leaders, and while I
knew we needed to make some time on them, we also needed to keep the car in one
piece,” Parks said.

The race continued into the night as racers made their way towards the Pacific
side of the Baja peninsula. Despite getting a flat in a very rocky section, Parks
was making up time on the leaders. He got fuel 335 miles in and headed to the
coast, but encountered dense fog in the middle of the night making visibility and
navigation tough. A few miles up the road, they encountered the UTV class leaders
who had crashed. Parks stopped to make sure their fellow competitors were ok, and
told them they would have the BFG pits relay their location to their chase team.
With the lead car out and Parks way ahead of the rest of the pack, the team just
needed to race the course to finish.

But Baja wasn’t done with the No. 1932 Jagged X RZR XP 4 900. After the final pit
stop, 415 miles into the race, they headed into the hills and encountered one of
the toughest parts of the course with heavy silt, more fog, stuck vehicles and
very steep rocky hills. But as day break approached, they could see the lights of
Ensenada and ultimately the checkered flag.

‘Winning the Baja 500 is a big deal,” Schueler said. “And racing in Baja has been
a great experience.”

Polaris is among the global sales leaders for both snowmobiles and off-road
vehicles and has established a presence in the heavyweight cruiser and touring
motorcycle market with the Victory and Indian motorcycle brands. Additionally,
Polaris continues to invest in the global on-road small vehicle industry with
Global Electric Motorcars (GEM), Goupil Industrie SA, Aixam Mega S.A.S., and
internally developed vehicles. Polaris enhances the riding experience with a
complete line of Polaris and KLIM branded apparel and Polaris accessories and
parts.

Polaris Industries Inc. trades on the New York Stock Exchange under the symbol
“PII”, and the Company is included in the S&P Mid-Cap 400 stock price index.
Information about the complete line of Polaris products, apparel and vehicle
accessories are available from authorized Polaris dealers or anytime at
www.polaris.com. 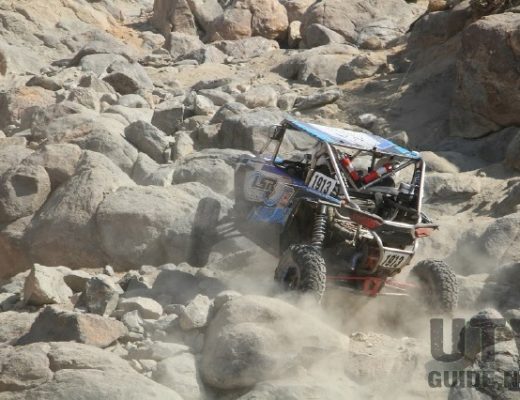