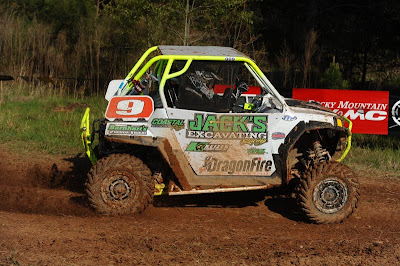 In the highly competitive GNCC XC1 class at Big Buck in South Carolina, ITP Pro Adam McGill had a great race, but unfortunately missed the Pro class podium by .021 seconds. McGill, who currently sits in fourth place in the XC1 class points, led a portion of the race and was the official racer leader after lap two. However, he dropped to third one lap later and then lost another position during lap four. A final push on the fifth-and-final lap came up a tad short for the veteran McGill.

Round five of the GNCC series is May 4-5, at Park Mammoth Resort in Park City, Ky.

Round four of the 2013 WORCS schedule made a stop at Sand Hollow SVRA in Utah. SxS Pro Production 850 racer Justin Lambert of Cognito Motorsports was the top finishing ITP-supported side-by-side pilot in his Kawasaki Teryx. Lambert, who didn’t compete at round three, finished second in his class for the second time this season and is currently fourth in the points race. Fellow Production 850 driver Sara Price finished fourth and sits fifth in points.

An Insider’s Look at the 2012 Kawasaki New Product Launch