Anaheim, Calif. – April 17, 2014 – GBC Motorsports racers headed out to Hurricane, Utah for WORCS Round 4. The Sand Hollow course was credited with more mechanical issues and DNFs than WORCS races are used to seeing. As the name implies, there’s plenty of sand at Sand Hollow, but some unexpected rocky sections did a number on a handful of competitors.

RJ Anderson led the way for GBC racers in the SXS Pro class. Anderson ran at the front of the 28-person class, but a few mechanical issues slowed him down along the way. Anderson finished 4th in the class which was good enough for 4th Overall as well. As we just about reach the halfway point in the series, Anderson’s strong showing at Sand Hollow pushed him into a tie for 3rd place in the class standings. 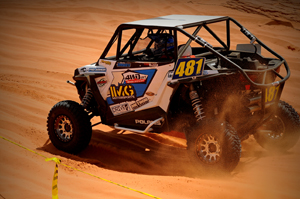 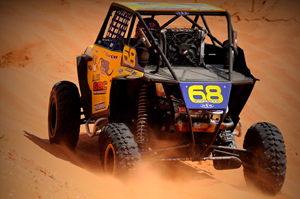 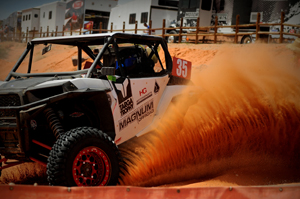 On the ATV side of things, Brian Sirevaag made his first appearance at WORCS this season, finishing 3rd in the Sport 15-29 A Class and winning the Team A competition. Brian enjoyed a productive 2013 WORCS campaign and it’s great to see him back out on the course. 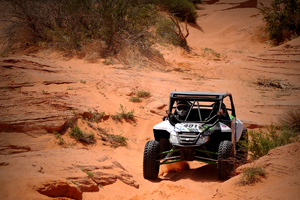 WORCS Racing will next take GBC racers to the Ridgecrest Fairgrounds in Ridgecrest, CA for Round 5 of competition. Learn more about GBC’s full lineup of ATV and SXS tires by visiting www.GBCMotorsports.com, and follow us on Facebook, Instagram and Twitter for the latest racing updates.