Anaheim, Calif. – April 22, 2015 – GBC Motorsports racers headed out to beautiful Hurricane, Utah for Round 5 of WORCS Racing. Full of great scenery and some treacherous sandy terrain, GBC Motorsports had some notable finishes and holeshots out at Sand Hollow. 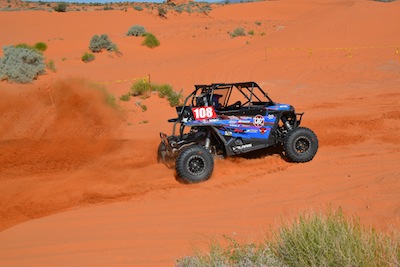 Mike Gardner’s Dirt Commander equipped No. 108 machine was able to hook on all four corners this weekend to help him throw down an impressive fastest lap time of 19:44.626. These speedy times in conjunction with his advanced racing skills and his ability to snag the holeshot helped him to bring home the checkered flag in the SXS 1000 class. He finished 4th overall and earned himself 25 points on the series. Fellow GBC racer Corbin Leaverton followed with a 4th place class finish. 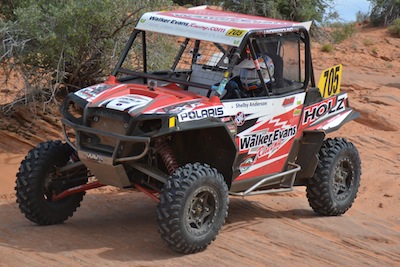 Shelby Anderson had a very similar performance for GBC Motorsports in the SXS 900 class behind the wheel of her Dirt Commander wrapped No. 705 Polaris RZR. Shelby was not only able to throw down a fastest lap of 21:48.592 and grab a 1st place finish, but in a similar fashion to Mike she was able to snag the holeshot. She earned herself 25 points on the series and is now currently sitting at 8th overall. 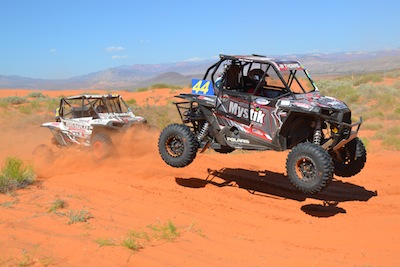 WORCS Racing will next take GBC racers to Iron Mine, UT for Round 6 of competition. Learn more about GBC’s full lineup of ATV and SXS tires by visiting www.GBCMotorsports.com, and follow us on Facebook, Instagram and Twitter for the latest racing updates.

@cody_miller_22 gearing up for the first round of

#FrontEndFriday Built for adventure! We love how

One of our “must haves” for group rides is the

#memorialday weekend is the most dangerous weekend