Watsonville, CA, March 11, 2011 – FOX Racing Shox announced today that Larry L. Enterline has been appointed Chief Executive Officer of the company following the planned retirement of Bob Kaswen. Mr. Kaswen, who was the Chief Operating Officer from 2003 to 2008 and Chief Executive Officer since 2008, will remain active with the Company as a consultant.

“I have thoroughly enjoyed helping FOX Racing Shox achieve so much over the last eight years. It has been a pleasure to work with such a dedicated team of professionals and I look forward to continuing with the company in an advisory capacity going forward,” said Kaswen. “The appointment of Larry Enterline represents the culmination of a year of planning with our board of directors and senior management team as I have sought to take a step back and spend more time in support of my family. In Larry we have found a strong leader and manager who will build upon our historic successes,” Bob went on to say.

Most recently, Larry L. Enterline served as Chief Executive Officer of COMSYS Holdings, Inc. from which he retired in April 2010 after the sale of the company to Manpower, Inc. Prior to joining COMSYS, Mr. Enterline served in a number of senior management roles with Scientific-Atlanta, Inc. from 1989 to 2000, the last of which was corporate senior vice president for Worldwide Sales and Service.

“I am excited to be able to join such a dynamic and growing company. Bob Kaswen and the FOX team have built an industry leader and I look forward to working with them and taking the company to the next level,” said Enterline on his appointment to the role.

About FOX Racing Shox
For over three decades, FOX Racing Shox has been the industry leader in the design and development of high performance shock absorbers and racing suspension products for ATVs, Motorcycles, Mountain Bikes, Offroad trucks and cars, Snowmobiles and UTVs. In 1974, Bob Fox started racing his products in motocross and they haven’t stopped racing since. FOX Racing Shox equipped vehicles and racers have stood atop podiums in every sport they have competed in — from the sands of Baja to the dunes of Dakar. FOX’s team of engineers perform rigorous tests with their athletes year round, and the data FOX collects from performance testing and the application of that knowledge to their products is what separates FOX Racing Shox from every other suspension company. World Headquarters are in Watsonville, CA with its Offroad Division in Santee, CA. FOX Racing Shox distributes its products in more than 40 countries.

Check Fox out online at: www.foxracingshox.com 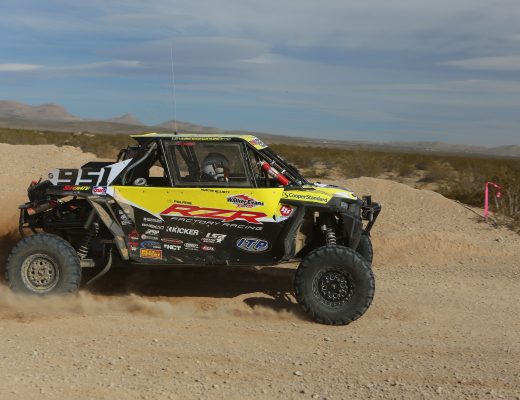