Irvine, Calif. – The Dragonfire Racing Kawasaki Teryx won its first ever Baja 500 in the Sportman UTV class by an outstanding margin, putting the Kawasaki Teryx in a league of its own. The RUV (Recreational Utility Vehicle) was piloted by Kawasaki’s own Team Green Manager Reid Nordin and Hans Waage in great weather conditions for the single day event. The two drivers took advantage of the Teryx’s V-Twin engine to finish hours ahead of the next finisher.
Kawasaki Under the Tent
Late Start
At the start of the race, the Dragonfire Racing Kawasaki Teryx was lined up third in the segmented start. During the mandatory safety check, the team was required to adjust the extra safety lights on the Teryx and ended up starting 10 minutes behind the next car while making the necessary adjustments. The deficit didn’t last long as Nordin piloted the RUV to the front of the class by race mile 78.
“It didn’t take long to catch up to the other cars,” said Nordin. “We were able to run a really fast pace thanks to a great chassis and an awesome motor.”
Take What Baja Throws At You
Cruising with a two hour lead over the class competitors, Nordin was just over 25 miles from the teams scheduled pit stop location when he had to pull over for repairs. By the time the chase truck was flagged down, parts fixed and back on track, the team lost almost three hours. Only one competitor passed the team in that time span. After switching drivers, Waage piloted the Dragonfire Racing Kawasaki Teryx to the lead at race mile 260 and never looked back.
“Baja is one of those places that will throw anything at you,” said Nordin. “In my many years of experience with this race, there is always a chance to break and a chance to come from behind. I think that the Baja race is the most challenging event because of that factor.”
Winning Experience
Starting his visits to Baja during the 1970s, Nordin brought decades of experience to the new team. After all those years, this was only his second time actually racing the event with his previous experience on a three-wheeler in the 1980s. Most of Nordin’s Baja experiences have been helping lead the Kawasaki off-road team to numerous victories in the late 80s and early 90s.“
I just love Baja and I do whatever I can to get down for the 500 and 1000 races,” said Nordin. “I’m glad I was able to help the Dragonfire team to their first victory.”
A Proven Winner
The Dragonfire Racing Kawasaki Teryx raced in the 2008 Baja 1000 and the team used that time as a learning experience for future races. The two companies, Dragonfire and Kawasaki, put their heads together so the next event, the Baja 500, was a complete success.
“Dragonfire Racing has worked with others before and the cooperation we’ve had with Kawasaki has developed into a great partnership,” said Todd Romano, Dragonfire Racing Owner. “We pre-ran the course for over 1000 miles (with temperatures in the lower 100s) in a Teryx that was similar to the race vehicle and we didn’t need to change the oil or air filter.” 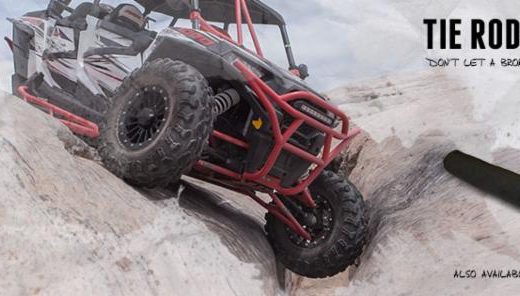