DragonFire And Corry Weller Team Up To Go Racing 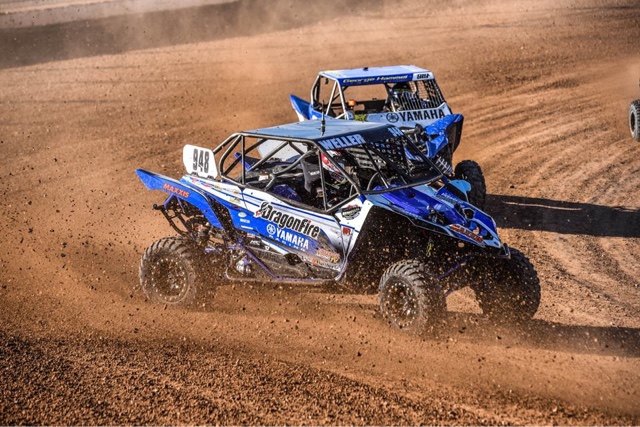 Chandler, AZ, February 24, 2016 —After collaborating to create the DragonFire by Weller Racing performance kits, it was time to team up to go racing! Corry Weller will be contesting the 2016 Lucas Oil Regional Off Road Series short course races in Arizona and California as well as select Best In The Desert events as part of Team DragonFire. The new team made its debut at the LORORS event on Valentine’s Weekend at Wild Horse Pass Motorsports Park in Arizona.

“I am super excited to be working with DragonFire Racing and Yamaha Motor USA for the 2016 season in the Production 1000 class,” says Weller. In the new team’s inaugural race weekend, Corry qualified 1st in SR1 and finished 3rd in the main event. She followed that up with 2nd overall in Production 1000 — her first ever race in the intensely competitive class. Not a bad start to a new partnership.

“This was the first weekend ever driving my new YXZ in the Production 1000 class,” says DragonFire Racing’s newest sponsored racer. “Yamaha took the top two spots on the podium, with my DragonFire teammate Ken Benson taking third in his Can-Am! Wow, what a great start to our season!” Talk about love at first sight!

“Corry proved she is the real deal,” notes DragonFire Operations Manager and Race Team Manager Brice Ginn. “We are proud to support Weller Racing as a primary sponsor for the 2016 season and beyond. In addition to flying the DragonFire Performance by Weller Racing banner, she will be racing with DragonFire quick-release steering wheels, 5-point competition harnesses, bumpers, fire extinguisher mounts and more,” adds Ginn.

While new to the DragonFire team, Corry is no rookie! She won her fifth and sixth SR1 championships in 2015, clinching both the Arizona and California Lucas Oil Regional Series Championships with a couple rounds to spare! After switching from motocross to UTV racing in 2007, Corry has been on a real roll. She was the first female to podium a UTV in CORR, then became the first woman to win in the LORORS title in 2010. She won her first SR1 Championship in 2011, became the first female to race a PRO 4 truck in 2012 (where she won Rookie Of The Year honors and finished on the podium 4 times that season), then focused on and dominated the SR1 class.

“One of DragonFire’s 2016 goals was to return to our racing roots,” Brice explains. “With the addition of Weller Racing, Hans Waage and our Killer Bs of Bobby VanBeekum, Ken Benson and Lacrecia Beurrier, we are looking strong in the LORORS and Best In The Desert series. In the Midwest we have the defending Heartland Challenge winners and perennial GNCC threats Marcus and Mouse Pratt and our beasts from the East, Russell Griffin and Jimmy Keys contesting the UTV Rally Raid championship.”

“Should be DragonFire’s year for making memories… and making champions,” concludes Ginn.

Weller Racing, LLC started from humble beginnings in Jason Weller’s garage back in 2006. Originally a part-time venture, Jason quickly found himself inundated with work, and made the decision to quit his successful job as an automotive technician for GM and put his full-time efforts into Weller Racing. He recruited his twin brother, Jeff Weller, to help perform the most crucial part of Weller Racing — building race motors. Always a great team due to their similar work ethic and drive to do things right the first time, Jason and Jeff continue to keep Weller Racing a the forefront of the UTV performance industry by striving to be ahead of the competition on the track, in the dunes, and on the trails. Having come from a quad racing background, Jason wasn’t able to stay away from the race track for long, and while too busy supporting his stable of racers to get on the track himself, Jason recruited his wife, Corry Weller, to pilot Weller Racing’s new CORR Pro/Mod Yamaha Rhino for the 2008 race season. With a consistent and successful presence on the track at in the pits, Weller Racing has become well-recognized and respected within the UTV racing industry, and has worked with many big names in the off-road scene, as well as attracted customers from across the world. With customer service being the number one priority, Weller Racing relies on satisfied customer referrals and “word of mouth” advertising to grow its loyal customer base – and its success on the track doesn’t hurt either!

DragonFire shares your passion for the sport! Whether it is exploring the badlands, racing at the local track, hauling a bale of hay to the north 40 or taking the entire family to the dunes for a holiday weekend to make some memories, DragonFire is there! Not only does DragonFire pride itself on #MakingMemories, with the 2015 BITD Pro Unlimited title, another Heartland Classic win and three Mint 400s in the bank, we are also pretty darn good at #MakingChampions! 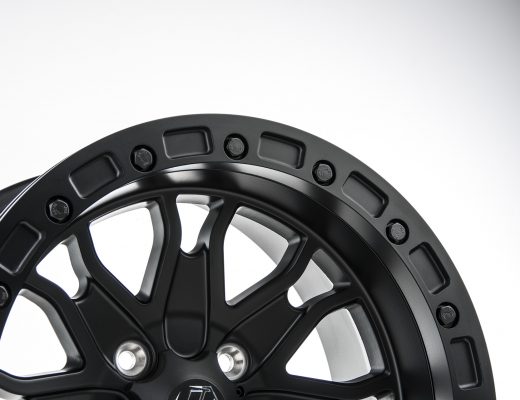