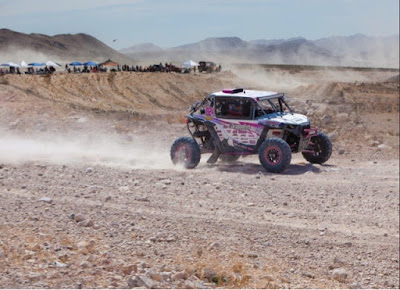 Chandler, AZ – August 17, 2016 – Taking a term from the World Series Of Poker, DragonFire is going all-in for the Best In The Desert’s Vegas To Reno race this week. The 2016 General Tire “Vegas To Reno: The Long Way” presented by FOX marks the 20th Anniversary of this epic event. New for this year is a two-day format with tech festivities starting in Las Vegas today. Race Day 1 will go from the start line near Caliente to Tonopah and Race Day 2 goes from Tonopah to Reno. DragonFire is stacking the deck with a full house of racers, including last year’s winner Lacrecia Beurrier, Corry Weller, Bobby VanBeekum and all the way from the Southeast, Jimmy Keys and Russell Griffin in the Keyscrete RZR.
“I have a love-hate relationship with Vegas To Reno,” says Lacrecia. “In 2014 we went from winning the lottery by drawing the #1 starting position to dropping out at race mile 365… I hate to DNF!” However she loves to win so 2015 was a banner year as she clinched the BITD Pro Unlimited Championship with a win at the infamous V2R. She doubled down by not only winning the 545-mile race, but she also locked up the 2015 BITD title. 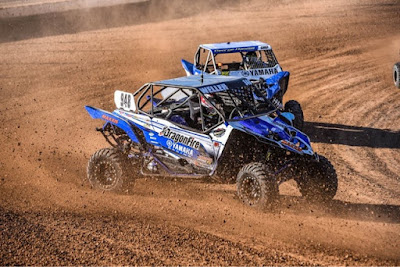 However, DragonFire newcomer Corry Weller is betting she can beat the long odds and even longer race course in her Yamaha/Weller Racing/DragonFire YXZ 1000. Short course specialist and recent TORC series competitor, Weller is gambling on her crew chief/husband Jason Weller’s ability to stack the odds in her favor. Pro tip: don’t bet against Corry!
Also part of DragonFire’s full house are a pair of Kings, Lucas Oil Arizona Regional Series champ Bobby VanBeekum, and his co-pilot Dan “Bronco” Kelly. Dealing these guys in is the wildcard. However, a well sorted car and fierce will to win could really shuffle the deck.
Completing the DragonFire deck are a couple of real wild cards from the Rally Raid UTV Series in the Southeast. Jimmy and Russell tried their hand at desert racing in the Mint 400 and finished top DragonFire team at the richest race in America. Now they want to do even better at the longest race in America. “We aren’t coming all that way to finish first loser,” claims Keys, while Griffin asks, “is there another place besides first?” Banter aside, the boys are used to 4 hour endurance races in the UTV Rally Raid series and a force to be dealt with.
Mark your calendar for August 17-20, 2016.
For more information click here: http://bitd.com/
###
ABOUT DRAGONFIRE:
DragonFire shares your passion for the sport! Whether it is exploring the badlands, racing at the local track, hauling a bale of hay to the north 40 or taking the entire family to the dunes for a holiday weekend to make some memories, DragonFire is there! Not only does DragonFire pride itself on #MakingMemories, with the 2015 BITD Pro Unlimited title, another Heartland Classic win and three Mint 400s in the bank, we are also pretty darn good at #MakingChampions! 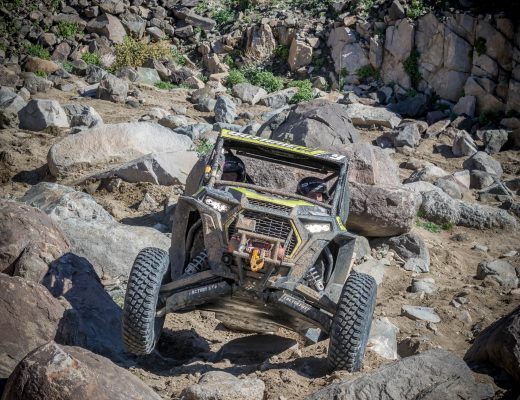