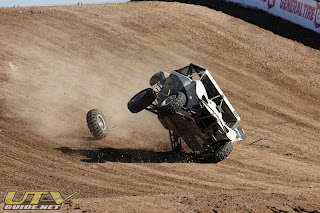 The Lucas Oil Off Road Racing Series returned to the Las Vegas Motorsports Complex for Rounds 13 & 14, and Daystar-sponsored Turner Racing was there to defend and hopefully improve upon the pair of podium finishes earned during the last rounds in Surprise, AZ. Though things didn’t turn out exactly as the team had hoped, the weekend yielded some valuable track time for the new team and a strong finish that left everyone, if not satisfied, then more confident than ever about the team’s ability to get the job done.

The events leading up to the race weekend were eventful, but not exactly in a good way. Learning of an open practice session a couple of weekends prior, driver Mark Turner decided to take advantage of the opportunity to get familiar with the track. Unfortunately, the practice session ended prematurely with a barrel roll at the end of the front straight just a couple of laps into the session. Though Turner was able to walk away from the crash, the carnage to the R-1 powered Rhino was fairly significant. The crew at Fabrication Suspension Technology (FST) stepped up to the plate and ensured that the R-1 Rhino would be fixed in time for the race.

The hard feelings for the Vegas track only deepened with the practice session on Friday prior to the race. The Rhino took a bad launch off of a jump on the very first lap. Though Turner was almost able to save it, some broken lug studs caused one of the rear tires to part ways and once again the Rhino ended up on its side. Though the damage was not nearly as extensive, the repairs extended well beyond qualifying times, meaning that Turner would have to start at the back of the pack.

The team shook off the two failed attempts to conquer the Vegas track and prepared to gain some ground during Saturday’s race. Turner ran strong throughout the race and gained some ground until the final lap. While successfully fighting off two competitors Turner suddenly lost steering just as the white flag came out. After pulling off the track without incident, it was discovered that one of the ball joints had pulled out of the knuckle! Counting themselves lucky that the separation did not result in a crash, the team quickly had the frontend repaired and then scrutinized the entire car in an effort to catch any remaining gremlins before the green flag dropped on Sunday.

The team goal on Sunday was simply to finish the race, and Turner intended to do just that while trying to learn the nuances of the Vegas course. Once again starting at the back of the pack, Turner looked strong as he worked his way through the pack. A mid-air collision with another Rhino caused a spin on the backside of the big jump between turns 1 and 2. Turner quickly recovered and ran very clean for the remainder of the race, taking advantage of the excellent traction afforded by the Goodyear MTRs wrapped around Walker Evans Racing wheels. In the end, the team goal was accomplished with a respectable 5th place finish after working his way up from 15th for Round 14.

Turner Racing looks forward to starting the 2011 LOORS season strong and would like to thank sponsors Daystar Products, FST, Walker Evans Racing, and Goodyear for their support.
Follow us at: UTVGuide.net Blog or on Facebook 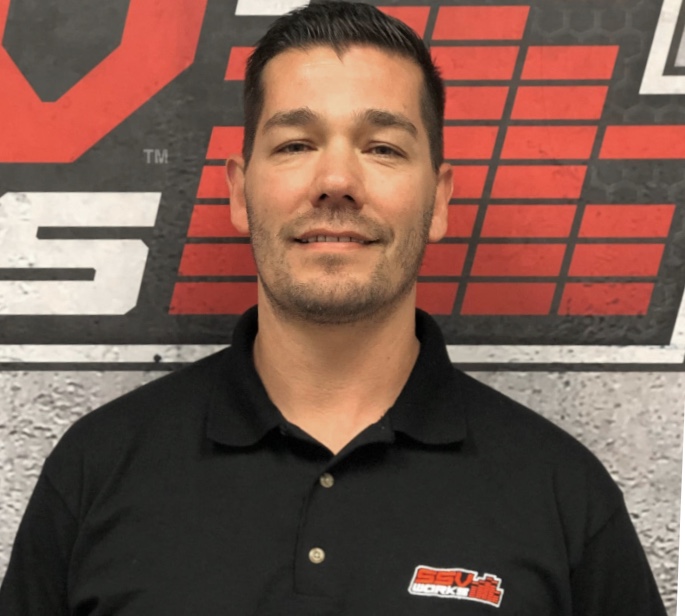