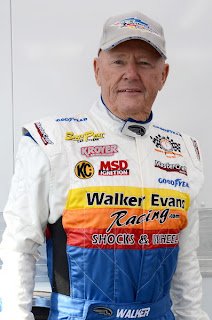 POMONA, CALIF. (September 28, 2011) – Off-road racing fans looking to get up close and personal with some of the biggest names in off-road won’t want to miss this year’s Lucas Oil Off-Road Expo powered by General Tire Saturday, October 8 and Sunday, October 9 at the Pomona Fairplex. From legendary off-rock racing legends to today’s top professional drivers, the weekend is packed with special appearances including:

The 2011 Lucas Oil Off-Road Expo powered by General Tire will invade the Pomona Fairplex with everything off-road including new vehicles, thousands of parts and accessories, ATV test rides, freestyle motocross action, movie premieres, RC Racing and more. This year’s expo is bigger than ever with more exhibitors showcasing all the latest off-road toys, technologies, parts, gear and accessories from more than 350 of the industry’s leading manufacturers, dealers and distributors.

The 2011 Lucas Oil Off-Road Expo powered by General Tire will take place Saturday, October 8, from 9 a.m. – 6 p.m. and Sunday, October 9, from 9 a.m. – 5 p.m. Held at the Pomona Fairplex, located at 1101 W. McKinley Avenue in Pomona, Calif. Tickets purchased on-site will be $12 for adults, $5 for children (6-12) and free for children under six. A Family Four Pack is available for $20 and includes admission for two adults, and two children (available online only). For more information and to purchase advance tickets, visit www.offroadexpo.com. Follow Off-Road Expo at www.facebook.com/OffRoadExpo and at www.twitter.com/OffRoadExpo.