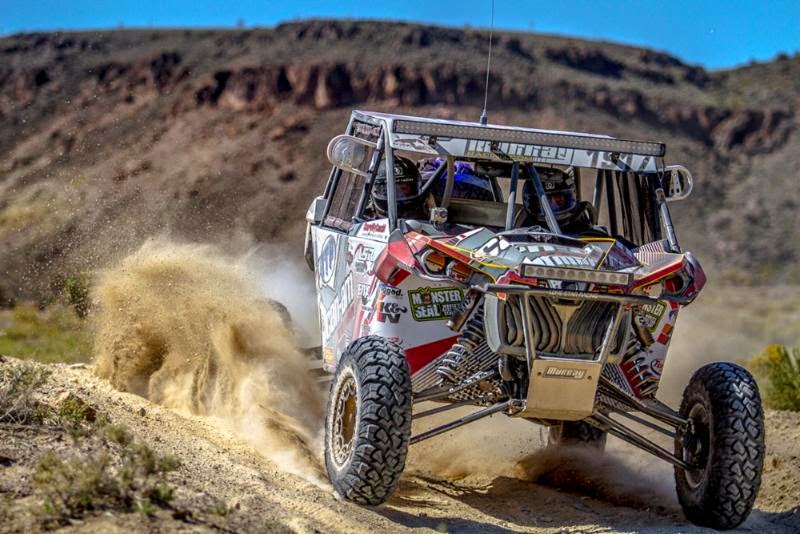 Orange County, CA – The Murray Brothers treat every race individually. But with 28 consecutive finishes in BITD series, defending their 2013 WIN and being a double points race…. V2R is the most important race of the season. They drew the 18th starting position. Starting deep in a stacked field of top notch racers, driving into the sun, white out dust for the first hour of the race is not easy task. It takes a great driver and co-driver to pull this off.

Pulling into PIT 3 they were a little off the pace. They jumped on changing a couple tires. The long wheelbase Maverick Max on this tight/narrow course and Derek’s aggressive driving style sliced up a few side walls. Tire changes take time, most teams think they are out of it when stuff this happens. Murray brothers being veteran UTV racers they never give up. Anything can happen, its not over till the checkered flag. Other then the tire issues the Can-Am Maverick Max ran perfect all day.

Around  race mile 218 Derek Murray would turn over the driving duties to his brother Jason Murray. After Derek climbed out of the car I asked him how their day was going? “With our Can Am Maverick Max and the ITP Ultracross tires we know that with this combination we can push the race car hard and we have the most reliable set up possible even at the longest off-road race in the USA”

In early February Jason had a bad accident at KOH in Johnson Valley CA. His hand was sucked into the winch line and had to be helicoptered to the hospital. This was Jason’s first time back in BITD since then. After a few miles he would settle into to a solid pace. The pit crew was in perfect position all day. The speed and accuracy of the team adds up to minutes at the end of the day. Jason was given a solid car and started reeling in the competition. Jason held a great pace in his section. The Murray brothers split the driving duties 3 ways. At RM 458 Jason turned the Maverick back to Derek to finish the last 80 miles with a fresh driver. This strategy paid off. Derek drove the car from 5th to a solid 3rd place finish.

Pushing the Maverick hard the last 30 miles they bent the rear wheel in the rock section. Instead of replacing the wheel they pushed onto the finish. This podium also represented their 29th consecutive BITD finish. For many reasons this race meant a lot to them. Early in the week a close friend and fellow racers Matt Parks son was injured. The Murray Brothers dedicated this race to him. Get well soon Teddy Parks. The next event for Can-Am ITP Murray Racing is the SCORE Desert Challenge September 25th and 26th. The Can-Am is currently 2nd in points for the season. http://score-international.com/2014-inaugural-score-desert-challenge/ 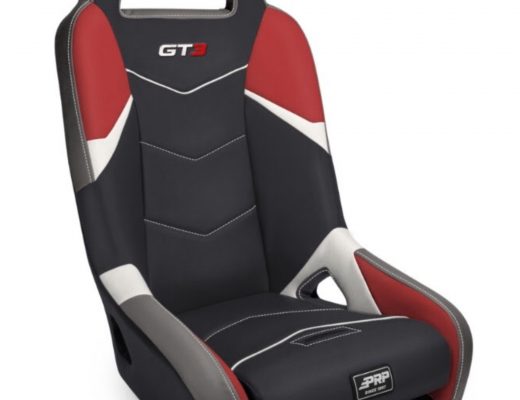