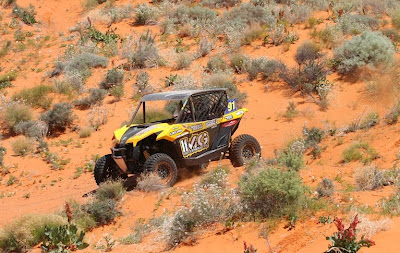 Valcourt, Québec, April 25, 2013 – Can-Am® ATV and side-by-side racers had a successful weekend of racing at several different off-road events across America. Can-Am 4×4 ATV racers won five morning classes at round four of the 2013 Grand National Cross Country held in Union, S.C. At the fourth round of the World Off-Road Championship Series in Hurricane, Utah, Can-Am X-Team pilot Dillon Zimmerman earned third in the Pro class. Can-Am racers won three classes and earned seven podiums at round three of the Texhoma Quad Racing Association series in Texas. A Can-Am Commander™ team finished second in the QR2 class at round three of the UTV Rally Raid Southern Series in Alabama.

Big Buck in South Carolina hosted round four of the AMSOIL GNCC series and round two of the SxS schedule. Swift was the top finishing Can-Am 4×4 ATV racer, riding his Team UXC Racing / Can-Am Renegade 800R to third on the overall morning podium, the top spot on the 4×4 podium and the U2 class win. Jordan Phillips was third on his Can-Am Renegade. 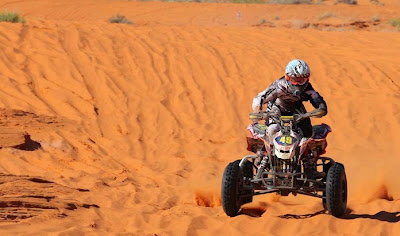 The WORCS ATV and SxS series stopped at Sand Hollow SVRA in Hurricane, Utah, for round four. Can-Am X-Team racer Dillon Zimmerman finished third in the WORCS ATV Pro class aboard his Team GPS-backed DS 450, earning his first podium this year. Can-Am racers also did well in the age classes as Mike Hrubetz won the Senior 50 B/C class and Jeff McBride (40+A) and Jered Teixeira (30+A) each finished second in their class. 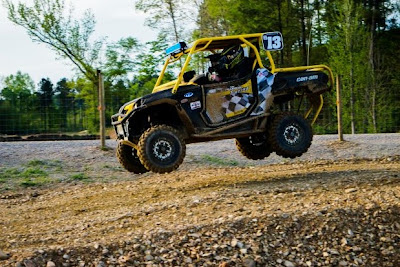 The Southern Series of UTV Rally Raid racing is held at Stony Lonesome OHV Park in Cullman County, Ala., and round three featured a tricky, new short-course section. Team Pearson Racing piloted its Commander side-by-side to the second spot on the Q2 class podium. Outlaw Motorsports’ Can-Am Maverick 1000R as sixth in the QR1 class.