Arctic Cat Inc. is playing catch-up in the race for thrill-seeking buyers of side-by-side recreational vehicles, the only hot segment of an otherwise tepid all-terrain vehicle industry.

Its one vehicle in the market, which it entered in 2005, is a workhorse, used for off-road hauling, towing and, occasionally, recreational riding. Even though it bills the Prowler as a “work-and-play” option, the Thief River Falls-based manufacturer has been left in the dust by competitors’ growing number of flashy sport models for racing or joyriding over hills and sand dunes.

“While they tried to promote it as sport-rec, it just didn’t hit the sport crowd like they hoped it would,” said Doug Siddens, whose Texas-based Forum Foundry Inc. oversees about 25 powersports online forums, including the 61,000-member ArcticChat.com.

The miscalculation has been costly. Arctic’s ATV sales dropped from $431 million in 2007 to just $181 million for its fiscal year ended March 31. Its total sales, which include snowmobiles and parts, garments and accessories, declined about 40 percent in the same period.

Meanwhile Arctic’s Minnesota-based rival, Polaris Industries Inc., has surged to the head of the pack in the off-road-vehicle market largely because of its strong side-by-side business. Polaris has both a pure sport model, the RZR, and a utility model, the Ranger, that’s aimed primarily at workers, farmers and outdoorsmen. Since 2006 Polaris’ ATV sales have increased more than 11 percent, totaling close to $1.4 billion last year.
Now Arctic is poised to strike back. Sometime in the next several months it will roll out its pure sport side-by-side, the Wildcat, which it has been working on for more than two years. CEO Claude Jordan won’t disclose how much the company has spent developing it, but says it’s the most of any ATV in the company’s 50-year history.

Jordan, who joined Arctic as president in 2008 and succeeded retiring CEO Christopher Twomey late last year, acknowledges the company has some catching up to do: “We were caught a little off-guard by how fast the side-by-side market grew.” 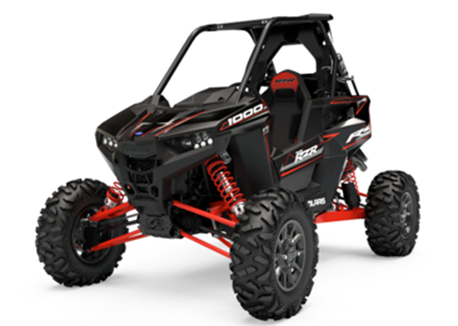