Commented Arctic Cat’s chairman and chief executive officer Christopher A. Twomey: “We are very pleased to report double-digit earnings gains on increased snowmobile and all-terrain vehicle sales in the second quarter. We made further progress on our goal to improve the company’s profitability and strengthen the balance sheet.”

Among the highlights of Arctic Cat’s 2011 second quarter financial results versus the same quarter last year:

“Year to date, we have continued to execute against our objectives to improve gross margins, keep operating expenses flat as a percent of sales, while increasing market share and reducing dealer and factory inventory,” said Twomey. “Our improved sales and earnings results in the fiscal 2011 first half demonstrate the traction we are gaining.”

All-terrain vehicle (ATV) sales rose 9 percent to $56.6 million in the second quarter versus $51.7 million in the prior-year quarter, chiefly driven by sales of the company’s new Prowler HDX utility vehicle. Year to date ATV sales increased 1 percent to $84.5 million compared to $83.9 million in the first six months of fiscal 2010.

Sales of parts, garments and accessories (PG&A) in the second quarter declined 4 percent to $27.6 million versus $28.8 million in the prior-year quarter, primarily due to the timing of shipments. Year to date, PG&A sales totaled $46.1 million compared to $48.1 million in the year-ago period.

Arctic Cat is focused on improving its profitability in a continued low-demand recreational vehicle market. The company’s fiscal 2011 outlook includes the following assumptions: ATV industry retail sales declining approximately 15 to 20 percent; snowmobile industry retail sales in a range of up or down approximately 5 percent; Arctic Cat dealer inventories declining 20 to 30 percent; improving gross margins between 200 to 300 basis points; achieving flat operating expense levels as a percent of sales; increasing cash flow from operations; and ending the year with more cash on the balance sheet.

Based on its year-to-date results and expectations of future performance, Arctic Cat is raising its full-year sales and earnings guidance for the current fiscal year ending March 31, 2011. Arctic Cat now estimates fiscal 2011 net sales in the range of $453 million to $463 million. The company now anticipates that fiscal 2011 earnings will be in the range of $0.40 to $0.55 per diluted share, driven by increased international revenue, as well as increased gross margins resulting from favorable commodity costs and lower sales incentives than planned. The company’s previous guidance anticipated fiscal 2011 earnings of $0.18 to $0.33 per diluted share on net sales of $447 million to $460 million.

About Arctic Cat Arctic Cat Inc. designs, engineers, manufactures and markets all-terrain vehicles (ATVs) and snowmobiles under the Arctic Cat(R) brand name, as well as related parts, garments and accessories. Its common stock is traded on the Nasdaq Global Select Market under the ticker symbol “ACAT.” More information about Arctic Cat and its products is available at www.arcticcat.com.

Forward-Looking Statements The Private Securities Litigation Reform Act of 1995 provides a safe harbor for certain forward-looking statements. The Company’s Annual Report, as well as the Report on Form 10-K and future filings with the Securities and Exchange Commission, the Company’s press releases and oral statements made with the approval of an authorized executive officer, contain forward-looking statements that reflect the Company’s current views with respect to future events and financial performance. These forward-looking statements are subject to certain risks and uncertainties that could cause actual results to differ materially from historical results or those anticipated. The words “aim,” “believe,” “expect,” “anticipate,” “intend,” “estimate” and other expressions that indicate future events and trends identify forward-looking statements. Actual future results and trends may differ materially from historical results or those anticipated depending on a variety of factors, including, but not limited to: product mix and volume; competitive pressure on sales and pricing; cost and availability of financing for the Company, our dealers and our suppliers; increase in material or production cost which cannot be recouped in product pricing; changes in the sourcing of snowmobile engines from Suzuki; warranty expenses; foreign currency exchange rate fluctuations; product liability claims and other legal proceedings in excess of insured amounts; environmental and product safety regulatory activity; effects of the weather; overall economic conditions; and consumer demand and confidence. The Company does not undertake any obligation to publicly update or revise any forward-looking statement, whether as a result of new information, future events or otherwise. 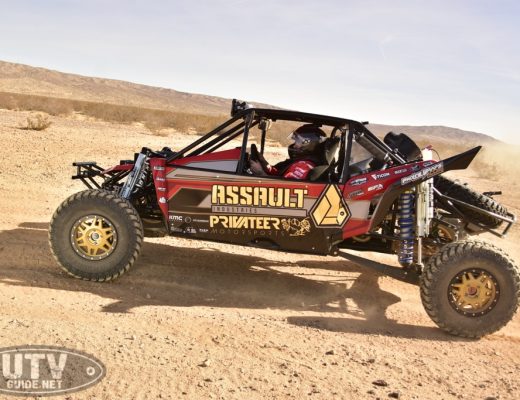