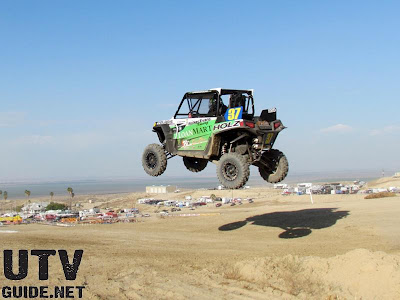 Lynden, Washington (May 15, 2013) – Round #5 of the 2013 WORCS Season took place at Honolulu Hills in Taft, CA. Known as a track with big air opportunities, RJ Anderson was coming off a Round #4 win in Utah and ready to back it up. And that’s exactly what he did with the #37 Holz Racing Products/Walker Evans Racing/Loanmart RZR XP.
With a tough start to the season and out of the top 10 in points prior to Round #5, RJ hasn’t been starting on the front row — but that changed at Taft. With a clean holeshot and teammate Beau Baron in tow, the two Holz Racing Products RZR-XPs put on a bumper to bumper battle for the entire 5 lap race. Anderson finished in 50:10, posting the fastest lap of the race on lap 3 with a 9:57.866. Baron crossed the line in second place in his Holz Racing/H&M Motorsports/ Maxxis Tires Polaris RZR XP with an elapsed time of 50:11.042. After an hour of racing — these guys finished within 1 second of each other and with a nearly 3 minute gap to third place. And while RJ won the race today (his second of the series – Beau heads into the second half of the season, first place in the points standings with two wins under his belt and a 32 point lead over second place.
“What an awesome day out here. This is why I’m racing this year — for battles like this. Beau and I were straight up going for it. Clearing the 100 ft. step up shows how capable these Polaris RZRs and Walker Evans shocks are. The Holz cars worked great today.” said RJ Anderson.
After a rough race in Utah where he suffered a broken thumb on one hand and a finger on the other, Mitch Guthrie, Jr. was ready to back behind the wheel of his #751 Guthrie Racing/HRP Polaris RZR XP 900. With or without hands in casts, Mitch is a fierce competitor and was determined to get back on top of the box. By grabbing a hole¬shot and hitting the legendary step up, he was able to get out front and drive to his fourth win of the season. Guthrie leads the class by 51 points with four rounds to go.
And in the the SXS Production 700 Class, it reads like the last race update… picking up where he left off last round, David Haagsma took his #422 Curtis Sparks powered, Holz equipped Polaris RZR 570 back to the podium, scoring his fourth win in a row. Haagsma finished the four lap race in 44:09.349 and posted the fastest lap of the race. Teammate Michael Bunyea rounded out the podium with a third place finish and holds a 7 point lead over Haagsma. “Headed into the half-way point of the race series we’re competing in this year it’s great to see these kind of results. Class wins, series point leads. We work really hard at this. Testing set-ups, building parts and proving ourselves. Winning races is great — we use this as a test bed and put all that knowledge back into our production parts that everyone can benefit from even if they never take their car to a track.” said Mark Holz.
The HRP UTV Racers will take some time off as WORCS and Best In The Desert are on summer breaks. The guys will be ready to do battle for next round of WORCS Series July 11th at Pala Raceway in Pala, CA, the Coastal GNCC team will be ready for the John Penton in Millfield, OH on June 1st, while Mark Holz and Scott Kiger’s Coastal/Holz RZR XP will take some time to test and prep for the Best in the Desert Vegas to Reno on August 18th. 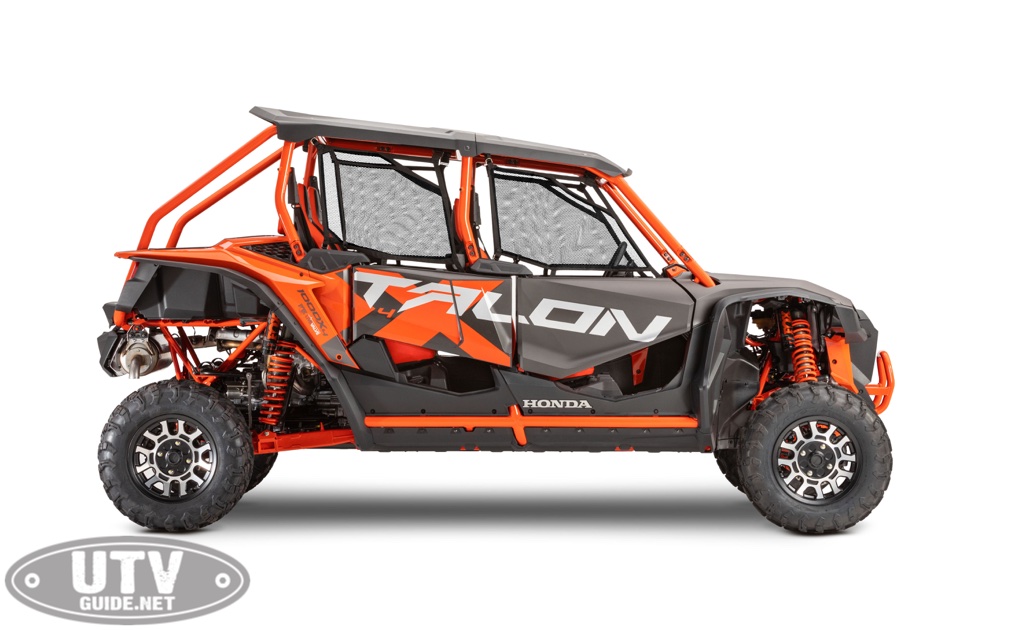