42nd Tecate SCORE BAJA 1000, the Granddaddy of all desert races,

To air Saturday at 11 a.m. (PST) on NBC’S Word of Adventure Sports

NEW YORK—This year’s 42nd running of the Tecate SCORE Baja 1000 desert race, the granddaddy of all desert races, will air on the NBC television network as part of the World of Adventure Sports series this Saturday (December 19th) at 2:00 p.m. ET/11:00 a.m. PT.

With amazing footage spanning from an unprecedented motorcycle rivalry, terrifying crashes, innovative POV and aerial shots and an attempt to continue a Baja legacy, the broadcast is sure to electrify even the most uncompromising multitudes of SCORE Baja racing fans.

Being televised for the sixth straight year on NBC, the broadcast will also be distributed on ESPN International, Universal HD and long form video will be available on hulu.com.

This year’s race featured 328 starters from 39 U.S. States and 14 countries, competing in 30 Pro and 6 Sportsman classes for cars, trucks, motorcycles, and ATVs. The race started and finished in Ensenada, Baja Calfiornia, Mexico.

The popular international motorsports extravaganza is the season-finale of the five-race SCORE Desert Series, which features races in Laughlin and Primm, Nev. in the USA and three in Baja California, Mexico.

Additionally, two DVD’s will be generated from this year’s race. The official race broadcast, and the “Baja Unlimited II: Director’s Cut”, a comprehensive DVD special due out in early 2010. Narrated by legendary SCORE President Sal Fish and racer Cameron Steele, the DVD will feature some of the most compelling never seen before SCORE footage from the past four years in addition to behind the scenes highlights from the 2009 race. Viewers will be given an inside look at the people and moments that have made the Tecate SCORE Baja 1000 an international spectacle.

For the sixth straight year, the race was produced by Aura360 in association with SCORE International and NBC TV.

SCORE International, founded in 1973 by the late Mickey Thompson and headed by Sal Fish since 1974, continues today as the premier sanctioning body worldwide in the sport of desert racing. SCORE races feature 17 Pro and two Sportsman classes for cars and trucks in the U.S. with 10 additional Pro and three more Sportsman classes for motorcycles and ATVs competing in the races in Mexico. For more information, contact SCORE at its Los Angeles headquarters 818.225.8402 or visit the official website of the 2009 SCORE Desert Series at www.score-international.com.

About World of Adventure Sports

The World of Adventure Sports is an Emmy award winning action-adventure sports series airing on the NBC Sports network, hosted by Pat Parnell. The show features an array of adrenaline-inspired feats and adventurous sporting events from around the world. Anchor events are complemented by behind-the-scenes features on athletes, expeditions and the world of action-adventure sports. 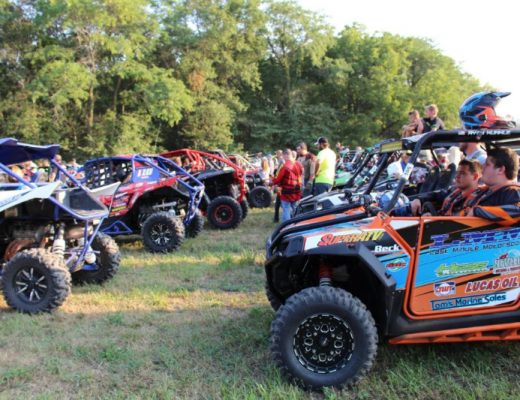