Cross an ATV with a pickup truck and you get an UTV. UTVs or Side by Sides are incredibly popular in general, but in the dunes, their popularity is off-the-charts.

On a trip to Sand Mountain, we had the opportunity to test out a 2006 Yamaha Rhino 660 Auto 4×4 Special Edition. The Special Edition differs from the standard Rhino with a silver frame andsprings, steel blue bodywork with a special logo and graphics, standard LCDgauge, special seats, sport steering wheel and cast aluminum wheels. Niceadditions for a few extra bucks.

We decided to put the Rhino through the paces on a trip around the base of Sand Mountain. This gave us a good chance to see how it handled theflats, whoops, side hills, and climbing with two guys in it.  The Rhino hasa dry weight of 1049 lbs., but even with the a bone stock engine we were quite impressed.The Rhino borrowed technology from Yamaha’s already proven 4×4 660 Grizzly(engine, transmission, and front and rear differentials). The Rhino is great for cruising around the flats. Very comfortable. Easy to start and maneuver. The Rhino felt a bit tippy on the side hills. Definitely Should only be attempted by users that are experienced at reading dunes. We tried to get it up to Super Bowl, but it just didn’t quitehave enough to get there with two guys in it. Although it fell just a bit short of making it up to SuperBowl, it was able to climb out of Toyota Gulch (near the Wall).

Right out of the box, the Yamaha Rhino 660 is very capable. It has decent power and suspension. If you are a trail rider, or just want to cruise down to the vendors or your friends camp, the Rhino is a great vehicle. It is easy to drive for the novice, but fast enough for an experienced rider to still have fun. And since you can take a friend with you,it is a great way for newbies to see the dunes and learn how to drive from a more experienced rider.

The Rhino surprised us in what it could do in the dunes, but also concerned us at the same time. If you are not an experienced duner, we could see how you could get in over your head pretty quick out in the dunes. In our opinion, if you want to hit the dunes hard, there are a few things that could be done to make it a safer and more capable vehicle.

Adding more power to your Rhino can always be used to get you up to places the stock engine can’t get to now (e.g. Super Bowl, the top of Sand Mountain or racing up Oldsmobile Hill). There are options to swap out the CDI box (changes rev-limiter) that makes the timing curve a bit more aggressive. There are also air filters, exhaust and jetting that will help. A few companies have big bore & stroker kits, and we’ve even seen a few turbos and blowers.

A note about fuel injection:

Why do you need a fuel controller?

The fuel injected engine on the Rhino uses a “map” that is built into the ECU to decide how much fuel to deliver at different points of the RPM curve. Various sensors on different systems allow the curve/map to be shifted up or down (richer or leaner) to compensate for altitude and air changes. These sensors do not really change the shape of the curve they just move it up and down a small amount.

Even if the fuel curve was perfect on a stock Rhino, once you have altered the airflow through the engine (by changing the exhaust, intake, etc.) the table that the ECU uses to deliver the correct amount of fuel no longer matches the altered levels of airflow at different parts of the RPM range. One of the things to keep in mind is that not all modifications increase airflow throughout the RPM range. Often it is necessary to lean out certain areas of a fuel curve for peak output.If you have made performance improvements to your 2008 Rhino, it will not run right until add a fuel controller so you can change air/fuel ratio to match the new modifications.

Basically if you modify the engine in any way you will need a fuel controller in order for the engine to run properly.

Well, how much money do you want to spend? The least expensive unit is typically one made by Dobeck. The Dobeck unit will not let you take away fuel only add. Dobeck fuel controllers are most commonly offered with custom mapping for a specific pipe. Dynatek makes a controller that adds the ability to take away fuel not just add.  Dynojet Power Commander is the top of the line fuel controller for ATVs, motorcycles and UTVs. It not only allows you to give or take away fuel and it has other add-on features to control turbos or blowers.

Headquartered in Cypress, Calif., since its incorporation in 1977, YMUS also has facilities in Wisconsin and Georgia, as well as factory operations in Tennessee and Georgia. For more information on Yamaha, visit www.yamaha-motor.com. 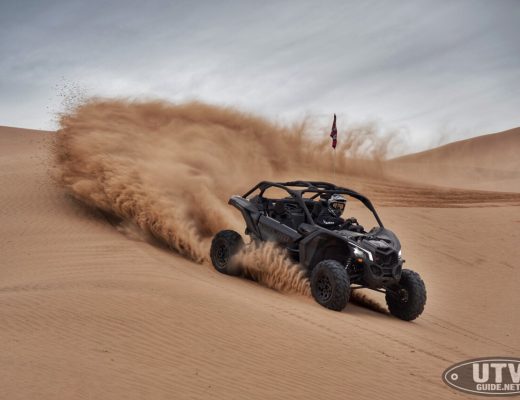