CYPRESS, Calif. – March 3, 2015 -–Yamaha Motor Corporation, U.S.A., was awarded the 2015 FinOvation Award from Farm Industry News magazine for its Viking VI Side-by-Side (SxS) utility vehicle. The FinOvation Award is designed to celebrate the spirit of innovation and recognize new products that have received the most interest from Farm Industry News readers. This is the second consecutive year Yamaha has received the award. In 2014, the premier Viking model that introduced the first true three-person seating capacity in a SxS vehicle earned a FinOvation Award.

“We’re honored to receive the FinOvation award for a second consecutive year,” said Steve Nessl, ATV/SxS marketing manager, Yamaha Motor Corporation. “It’s especially rewarding to know the award is based on positive responses from people who rely so heavily on their utility vehicles for day-to-day toughness, durability and performance in the field.” Nessl accepted the award on behalf of Yamaha at the 50th Annual National Farm Machinery Show in Louisville.

In its report announcing the 2015 FinOvation Award winners, Farm Industry News wrote, “Yamaha made a statement with the new Viking side-by-side. This machine offers six-person seating, more room for cargo and has a number of convenience features, including electronic power steering and differential lock.”

Similar to the three-seat Viking introduced in 2013, the Viking VI is made for tough off-road duty and features Yamaha’s industry-leading Ultramatic™ fully automatic transmission, On-Command® four-wheel drive system, Electric Power Steering (EPS) and Yamaha’s proven and powerful 700cc-class engine. With 600-pounds hauling and 1,500-pounds towing, the Viking VI is made to be the toughest, hardest working and most off-road capable six-person SxS ever.

“We know farmers and ranchers demand the hardest-working and most dependable equipment for use on their operations,” added Nessl. “It’s rewarding to know the Viking models have earned their stamp of approval.”

Yamaha is committed to continually expanding its line of class-leading SxS vehicles and has recently unveiled the all-new Wolverine R-Spec. “With the introduction of the Wolverine R-Spec, Yamaha is furthering its position in the growing multipurpose SxS segment of the off-road business,” added Nessl. All of Yamaha’s ATV and SxS vehicles are being assembled in the U.S.A. at Yamaha’s factory in Newnan, Georgia, for worldwide distribution.

Headquartered in Cypress, Calif., since its incorporation in 1976, Yamaha also has facilities in Wisconsin and Georgia, as well as factory operations in Tennessee and Georgia. For more information on Yamaha, visit www.yamahamotorsports.com. 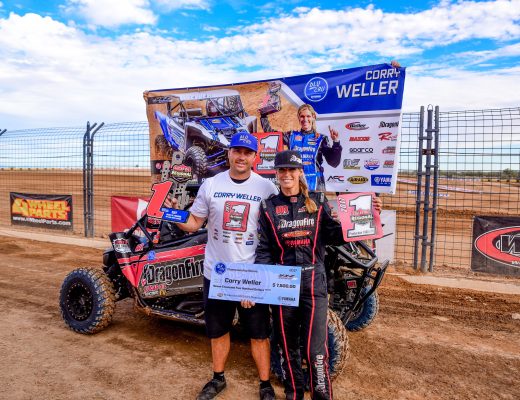