The Sand Hollow State Park features red rock that are mixed with red sand against the picturesque blue waters of the Sand Hollow reservoir. The 8 mile SxS track had technical rock sections, whoops and deep ruts which kept racers attention throughout the race that lasted for an hour.

Polaris sponsored racers Beau Baron, Mitch Guthrie Jr., RJ Anderson and Ryan Piplic all started on the first row in super competitive SxS Pro class and battled all the way to the finish. Positions were swapped several times during the race, but in the end it was Baron, Guthrie, Anderson then Piplic that crossed the finish line it what appeared to be the top four. But there were three rows of Pro SxS that had a stagger start and Nick Thompson edged out Anderson and Piplic to claim third place on corrected time.

SxS 850 class podium was topped by Chris Willing, then Jim Berry and Chris Elias in third.

About WORCS: WORCS RACING is always working towards bringing off road racing the fame and fortune it deserves. Our mission statement: “…to bring professionalism, integrity, quality, and most of all fun to each and every round, all the while staying true to the family oriented grass roots environment that off road racing is all about. “ 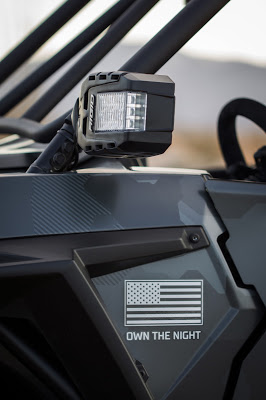