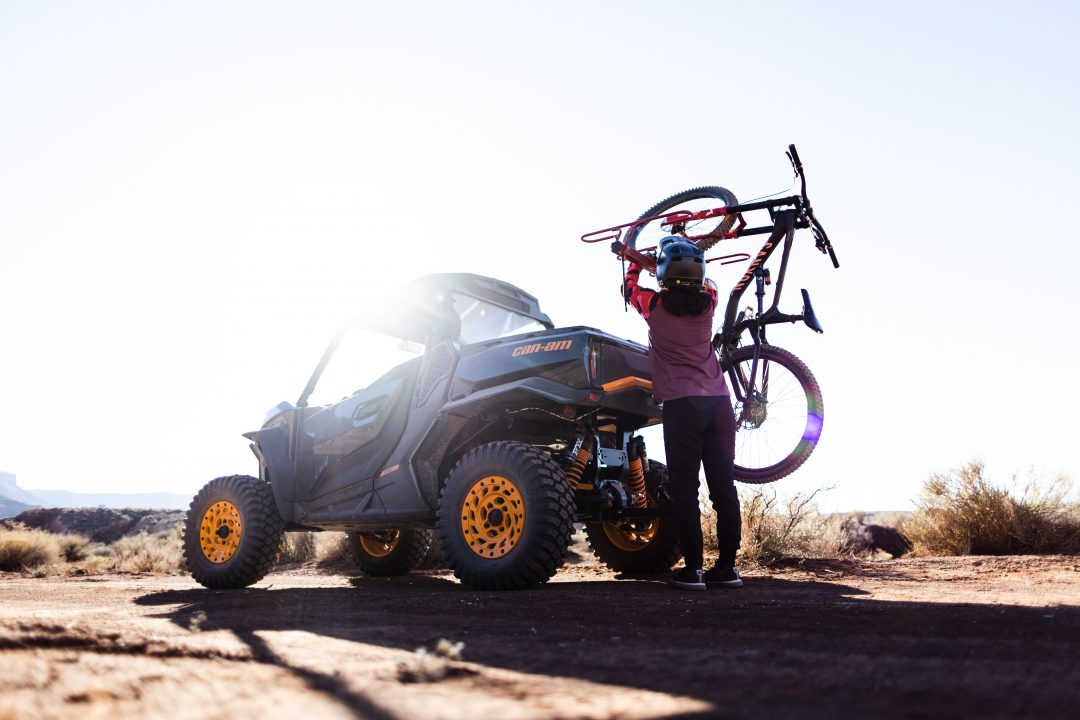 Samantha Soriano was an accomplished BMX racer from Winter Park, Colorado.  She then found Enduro Mountain biking suited her skills on a bike and she began pursuing racing the EWS.  After finding success in racing the EWS, Sam still felt something was missing and she was not satisfied. 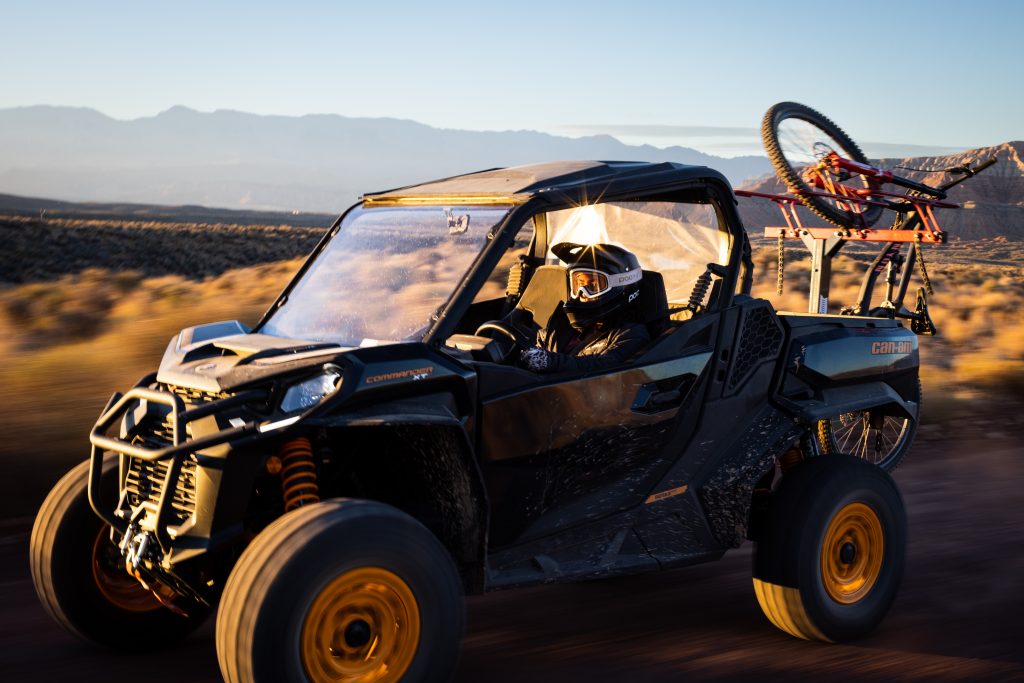 Sam behind the wheel of a Can-Am Commander XT-P

Sam then forged into uncharted territory and began chasing after the dream of becoming one of the pioneers that would push women’s mountain bike free riding to the next level.  Sam uprooted her comfortable life in Colorado and relocated to the desert near Virgin, Utah where the world-famous terrain is where the world’s best come to learn how to free ride.

Sam has been instrumental in getting other females involved in her growing sport and also hosts camps and ride days to help break barriers for other women.  She is also one of the big names and favorites in this year’s Red Bull Formation. 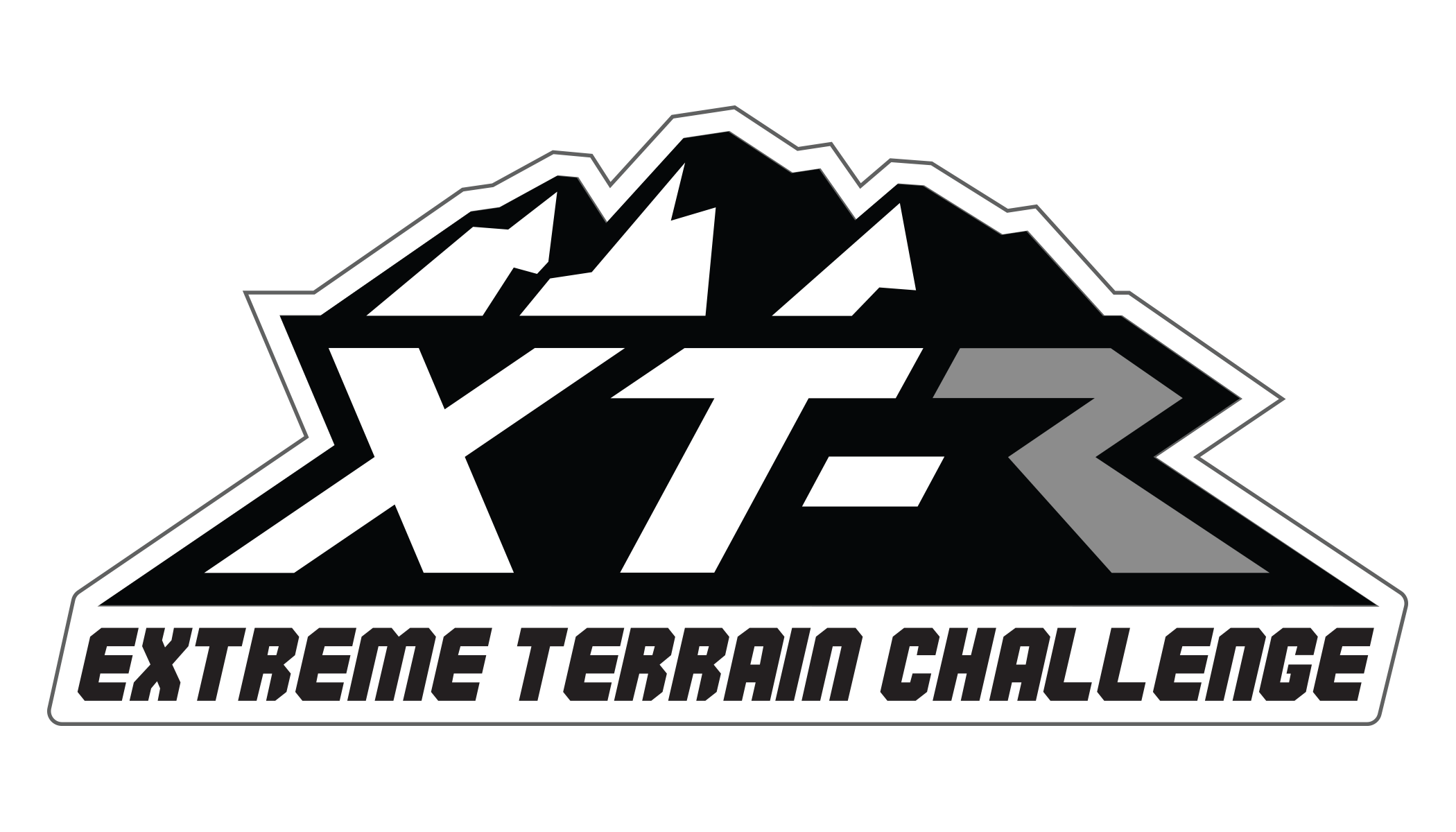 Can Am Maverick 1000 Exhaust from Big Gun