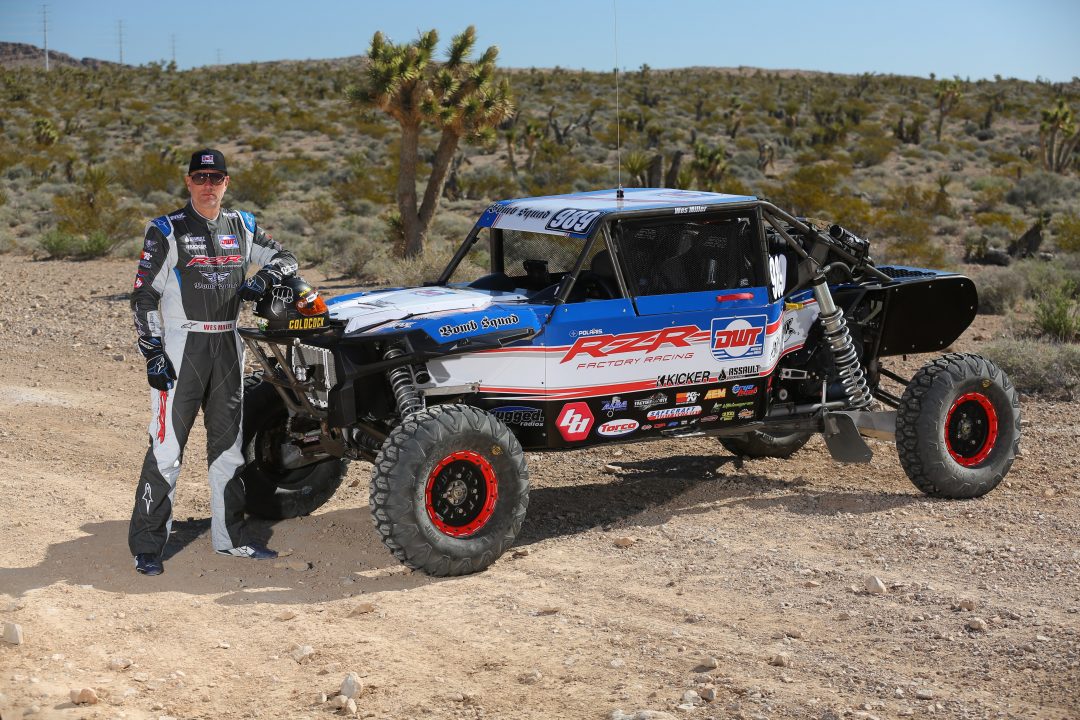 Carlsbad, CA, February 27, 2017 – Wes Miller, the creator of the Huevos ATV movie series is bringing back The Bomb Squad for the 2017 race season. With the full support of Polaris RZR and DWT Racing, Miller will be competing this year in The Mint 400, the UTV World Championships, as well as the full SCORE series.

With 5 SCORE championships and multiple BAJA wins under his belt he has the experience and skills to compete at a high level in UTV desert racing. This year will mark his 20th year of competing in the Baja 1000. As a seasoned Pro ATV racer he is sure to bring those skills to the UTV world. With full Polaris factory support, Polaris’s 2017 RZR XP4 Turbo is such a great platform to start. With multiple podium wins, the promise of victory is only a gas pedal away.

“I have a long history with Polaris and it is a privilege to be an official member of Team RZR.  It puts me in an elite group of peers and I look forward to some great racing.” – Wes Miller, Owner / Driver DWT Bomb Squad RZR

Polaris has a stacked line up on Team RZR and the their marketing gurus had this to say about the new race program. “Polaris is truly excited to be partnered with Wes Miller’s DWT Bomb Squad RZR Team for 2017.  Wes is a seasoned off-roader and brings his vast experience to Team RZR.  Wes will surely compete at the highest level while running a classy program.” – Craig Scanlon, Chief Marketing and Retail Officer Polaris ORV

“Having known and worked with Wes for many years, we are excited to welcome him to Team RZR.  We have high expectations for the entire team, and know that Wes brings a ton of experience and expertise that will raise the bar.” – Jason DiFuccia, Senior Director of Marketing Polaris.

After a profound amount of research, Miller chose to have Rhys Millen Racing (RMR) build and prep the RZR for the season. RMR had built the 2016 BAJA 1000 winning RZR and brings a wealth of experience from multiple forms of motorsports.

“There are so many talented companies doing race builds now that it was difficult to make a choice.  In the end I went with Rhys Millen Racing, and I couldn’t be happier.  RMR has built a state of the art desert racer and I am thrilled to be behind the wheel of such a cutting edge vehicle.” – Wes Miller, Owner / Driver DWT Bomb Squad RZR “Rhys Millen Racing is excited to launch our new race series chassis based on the 2017 Polaris XP4 Turbo. This is our first step into the pro production turbo category.  With our many years racing turbo charged rally cars, we are confident the RZR will work well right out of the box. With Wes’ vast experience in the desert and off-road racing, we are confident the this lightweight, low center of gravity design will compliment his driving style.” – Rhys Millen, Owner of RMR / Professional Driver

DWT Racing has stepped up to the plate providing the lightest and strongest wheels in UTV racing as well as their rugged, flat resistant Moja-V tires.

“DWT Racing is really looking forward to being a part of this Team RZR effort.  Wes has been a long time racer for DWT and won multiple championships on our wheels.  It is a great opportunity for us to develop and showcase our products at the highest level and we look forward to big things for this program.” – Johnny Leach, Owner DWT Racing

The goal of the team is to compete for a Pro UTV SCORE Championship and win some races on the way.  The DWT Bomb Squad RZR is also supported by the industries leaders in almost all categories. “I can’t state enough how enthusiastic I am about this team.  I truly believe we have assembled a world class program.  I have been off-road racing the majority of my life and it is amazing to have support from so many great companies.” – Wes Miller, Owner / Driver DWT Bomb Squad RZR

You can catch the DWT Bomb Squad RZR in Las Vegas at the Mint 400, Laughlin at the UTV World Championships and in Baja, Mexico racing the SCORE series.  You can also follow the team on facebook.com/wesmiller70 and instagram.com/wesmiller70.  You will also want to make sure and watch for the team on all of the televised race coverage.

Starting in 1981, Douglas Wheel Technologies, also known as DWT, is now in its fourth decade of wheel manufacturing in Vista, CA. Along with over 35 years of evolution in design innovation, metallurgy and forming processes, DWT’s engineers and racers continue to collaborate in the creation of the best possible products in the industry. DWT has decided to step up its game in the UTV racing world and has now pushed the envelope for UTV wheels/tires with unparalleled weight savings and performance. Their wheels are American made and are hands down the lightest and strongest.

The Bomb Squad was founded as an ATV freestyle team / clothing company.  With roots back to the late 90’s, the Bomb Squad has been an action sports pioneer.

For updates on Wes Miller and more you can follow him on these Social Media outlets. 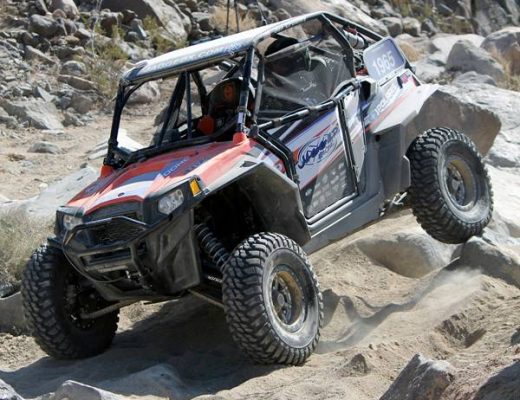 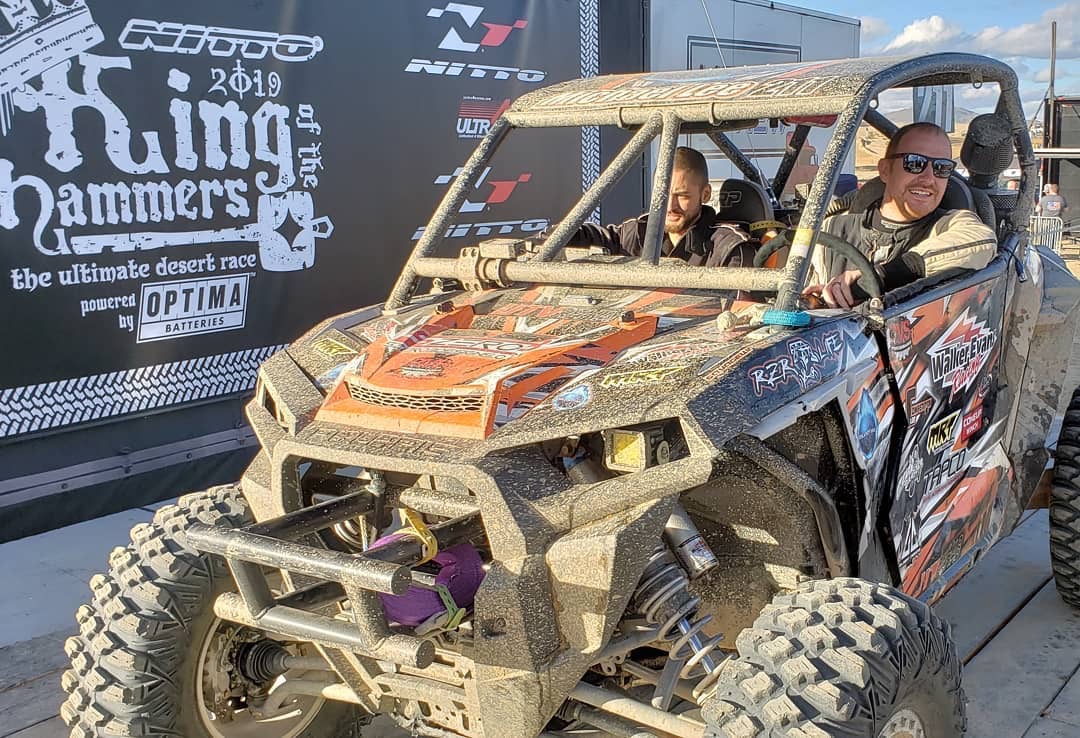 2019 King of the Hammers UTV Race Recap from Michael Lee