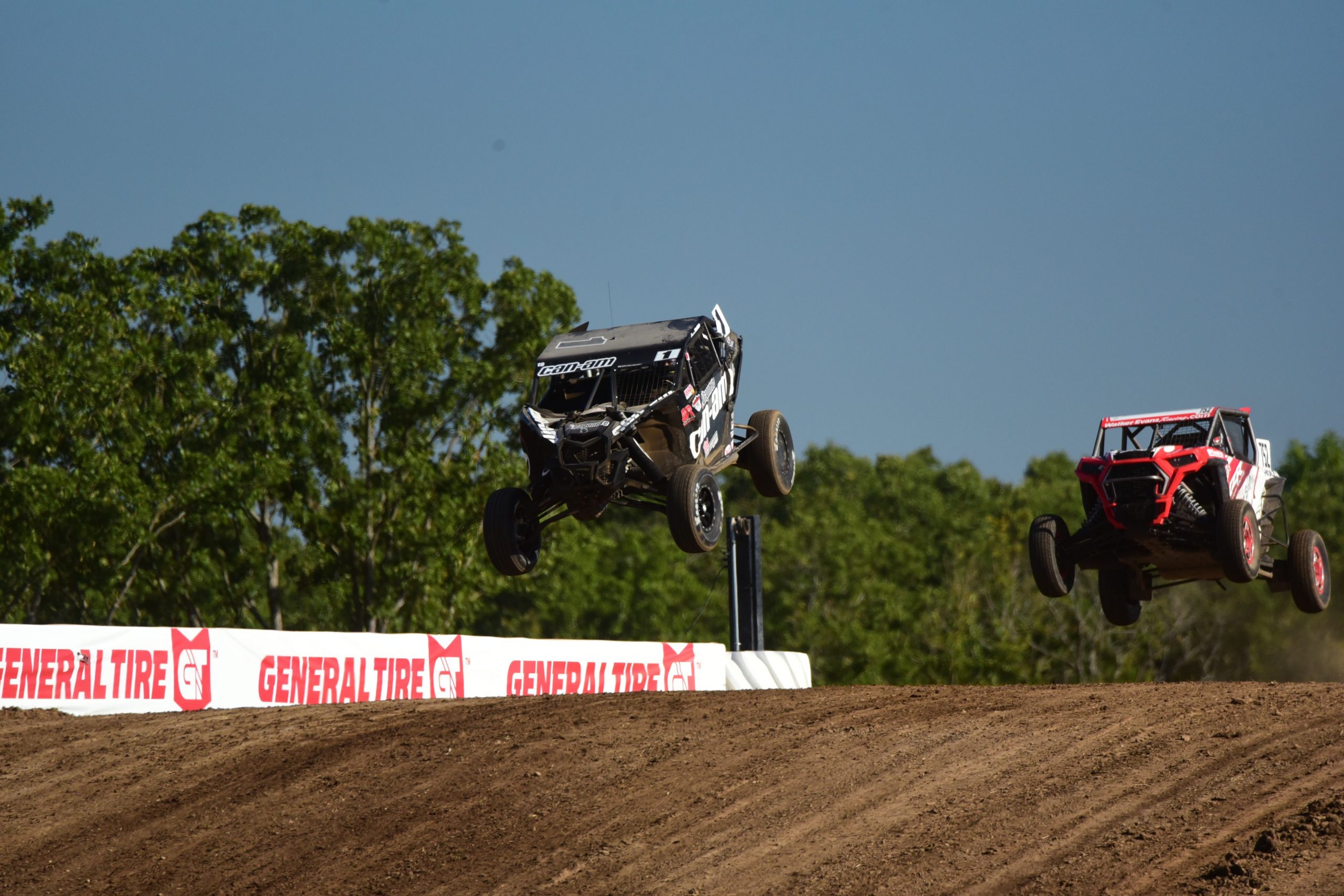 Chandler, AZ (08/25/2020) – Weller Racing drivers were on the podium every round of Lucas Oil Off Road Racing Series’ Triple Header in Wheatland, MO this past weekend.  Brock Heger and Dallas Nord would both be frequent faces on the Prod 1000 UTV podium with their Yamaha YXZs, while Corry Weller would top the podium in the Production Turbo UTV class in her Can-Am branded Maverick X3.

Lucas Oil Speedway is a favorite among racers and fans alike, boasting the longest track on the circuit with 9 total turns, and a massive back tabletop jump that gets everyone’s attention.  After a long drive out to the facility, racers would also face a new challenge – a three-round race weekend, where keeping the race vehicles together for all three days would be key to coming out of the weekend with a solid points standing.

On Friday, round three would see two Weller Racing drivers on the podium in the Prod 1000 class, with Heger earning a hard fought second place after a great battle for first,and Nord coming in third with a solid run throughout the entire race.  Corry Weller would have a rough start to the weekend, as she raced most of her race with a right rear flat caused by contact in lap one.  She managed to stay on the gas and finish in 7th, salvaging as many points as she could in the process.

During round four on Saturday, all three drivers would make the podium in dominant fashion with Brock Heger taking the win over Myles Cheek, Dallas Nord finishing thirdin Prod 1000 UTV, and Weller taking the top spot in Prod Turbo after chasing down Ronnie Anderson in the closing laps of the race.

Round four on Sunday would secure Dallas Nord as the weekend’s most consistent finisher, as he capped off his Missouri trip with yet another podium finish and a solid second place after leading over half of the race in Prod 1000 UTV.   Heger would make a rare mistake while battling for a podium position, clipping a tire and winding up on his roof.  Once he was back on his wheels, he made a great run from the back of the field to finish in fourth place, despite steering issues and losing four-wheel drive.

Weller suffered the same fate, as she also clipped a tire while battling for first after leading her Prod Turbo UTV race until the mandatory caution, causing her to fall back and have to charge back with a bent tie rod and front drive issues.  She also salvaged a fourth place finish, which secured enough points after round five to increase her points lead to 10 points over second place. 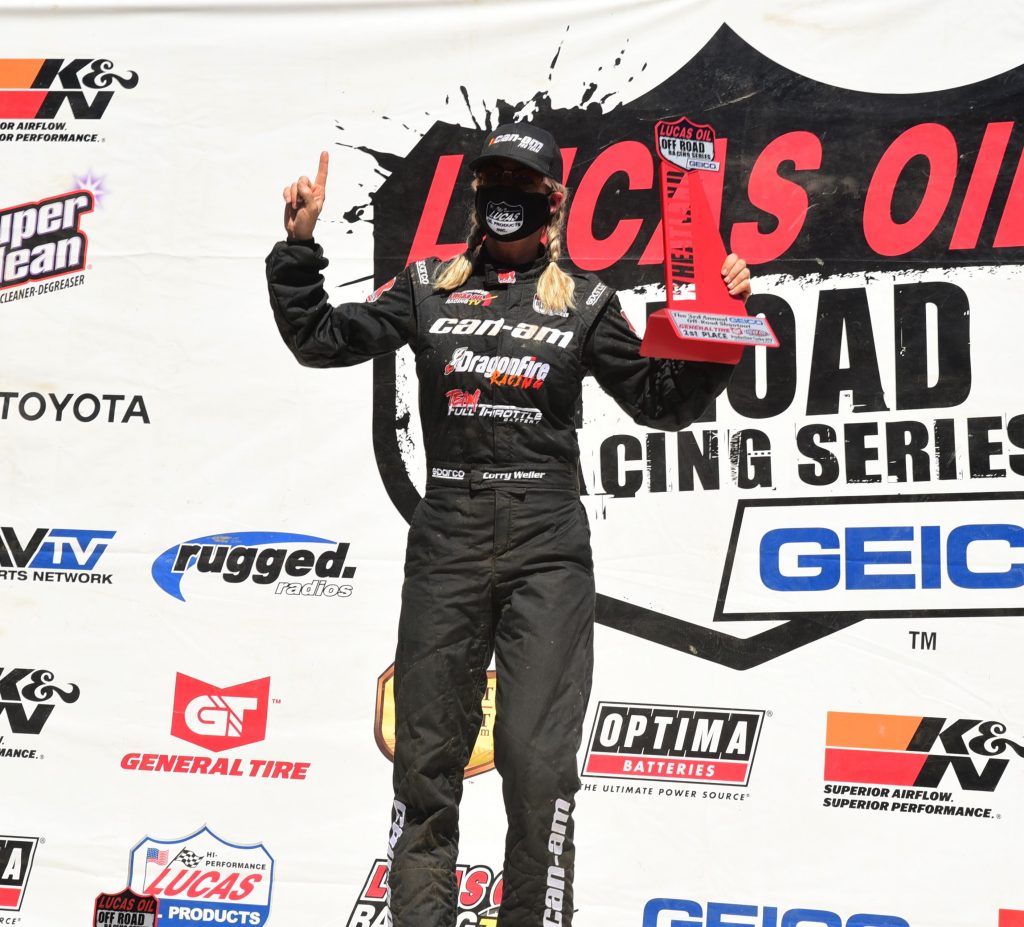 Corry Weller on the Podium

“Wheatland is a fun track because it really challenges you,” explained Weller.  “I had a lot of time on the drive home to think about everything I did right, as well as the mistakes that I made, and I will be applying what I learned this weekend to the rest of this season,” she added.  “In off-road racing you can never give up – every point counts, and sometimes it’s just that one or two extra points you got on a bad day that can determine the championship.  Those are the points we fought for this weekend.” 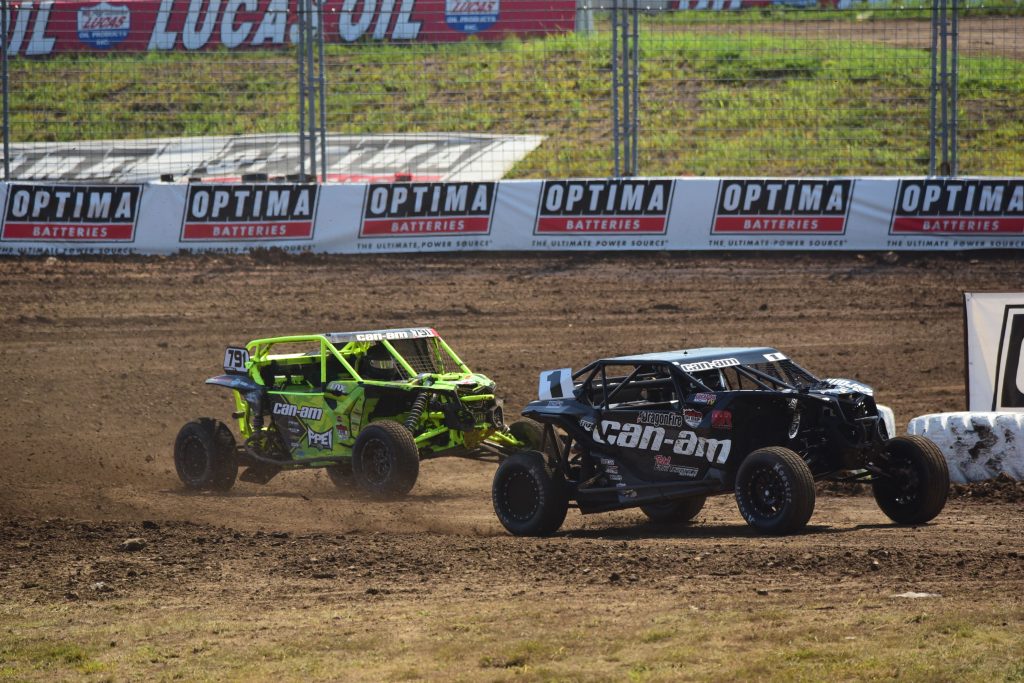 “I’m just super proud of our drivers,” stated Jason Weller, reflecting back on the time spent in Missouri.  “We know we have great products, and we work hard to make sure they are the best out there, and when we have drivers like Brock and Dallas and Corry that not only use our products on their machines but can prove how well they work, that is what it’s all about.”