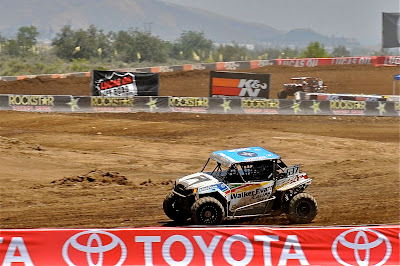 Minneapolis, May 26, 2011– Walker Evans Racing was out in full force at Rounds 5 and 6 of the Lucas Oil Off Road Racing Series (LOORRS) with their RANGER RZR XP 900 and new V8 Pro Lite truck. R.J. Anderson was trying to be the first to win UTV, Super Lite and Pro Lite classes in a weekend, and was successful in UTV and Super Lite, but ended up with a fourth place finish in Pro Lite on Sunday.

In Saturday’s Pro Unlimited UTV race, Anderson took second despite not being able to practice on Friday. On Sunday, he battled his way to the front of the class for the win for his second first place finish and third podium appearance. He had won the Super Lite Class on Saturday in his new #37 Walker Evans Racing / SoCal Super Trucks/ Polaris Super Lite truck. Anderson sits in second for the LOORRS UTV series.

About Polaris
With annual 2010 sales of $1.99 billion, Polaris designs, engineers, manufactures and markets off-road vehicles (ORVs), including all-terrain vehicles (ATVs) and the Polaris RANGER™, snowmobiles and Victory motorcycles for recreational and utility use and has recently introduced a new on-road electric powered neighborhood vehicle.

Polaris is a recognized leader in the snowmobile industry; and one of the largest manufacturers of ORVs in the world. Victory motorcycles established in 1998 and representing the first all-new American-made motorcycle from a major company in nearly 60 years, are rapidly making impressive in-roads into the cruiser and touring motorcycle marketplace. Polaris also enhances the riding experience with a complete line of Pure Polaris apparel, accessories and parts, available at Polaris dealerships.
Polaris Industries Inc. trades on the New York Stock Exchange under the symbol “PII,” and the Company is included in the S&P MidCap 400 stock price index.
Photo courtesy of UTVunderground.com 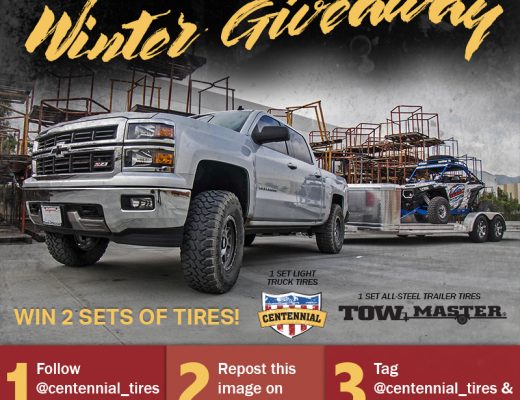