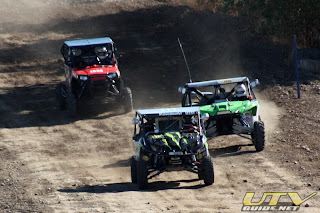 RENO,NV OCTOBER 22, 2010: VORRA’s final weekend of racing for the 2010 season will host a ATV short course race program on Saturday October 30th at Prairie City OHV park in Folsom, CA. Join the VORRA family for a Saturday night BBQ, costume party and kids pumpkin carving contest. The UTV race will be held on Sunday as part of the close to the eight race season.

The different ATV classes will each run 3-motos on the VORRA track. Pro and Amateur age limit is 16, with a $55 plus $10 transponder entry fee. There is 100% payback for Pro Riders. There are also multiple lower brackets to encourage family racing VORRA is known for. Bantam ATV is age 14-16, 450cc max, Youth ATV is age 12-14, 200cc 2-stroke/396cc 4-stroke, Junior ATV is age 10-12, 90cc 2-stroke/125cc 4-stroke and PeeWee ATV is 6-10, 70cc max. All lower classes entry fee is $35 plus $10 transponder fee. “We create a GP style track for the guys and gals to ride and have never had anything but positive feedback from racers. We want to see this series grow into multiple dates next year,” said Wes Harbor, VORRA Race Promoter.

The UTV class has been strong all year, and encourages new racers to come out and put a few laps in the dirt to prepare for next years series. Next year, VORRA will be the biggest UTV sanctioned event in Northern California and Northern Nevada area. Safety equipment is required, but not overwhelming. “We have been working closely with the UTV racers that have come to every race this year to outline realistic safety expectations where we feel the driver is safe, without making it impossible to come out and race for a weekend. I think we have come to a great understanding, and am really looking forward to attracting more guys that want to try their hand at racing,” said Harbor.

The Halloween weekend race is the last race of the season for VORRA racers. Saturday ATV tech and registration is from 8am-10am, practice starts at 12pm and racing starts at 1pm. Saturday nights events include a BBQ, costume party and a kids pumpkin carving contest. Sunday’s race program will include Trucks, Class 1 cars and a lot of other off road classes. VORRA is in its 35th year of producing high quality, yet family affordable racing. These short course races are a great opportunity to bring your ATV or racecar out to race, and your family to enjoy a nice Northern California Fall day. Gate fee is only $10, Juniors 8-14 $5 and 7-under free.

You Tube Video of Round One: http://www.youtube.com/watch?v=qWKHuQVYkuQ

You Tube Video of Round Two: http://www.youtube.com/watch?v=LB9JseiaVZs

You Tube Video of Round Seven: http://www.youtube.com/watch?v=yO5mofk8Gfg 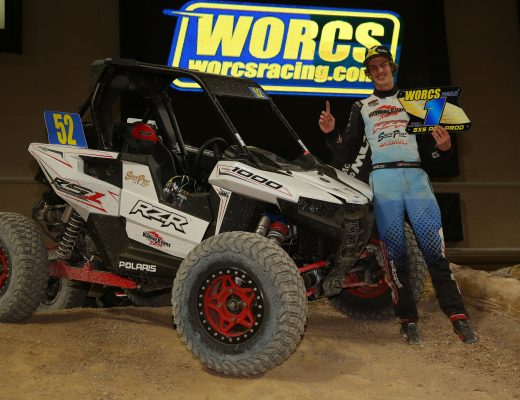