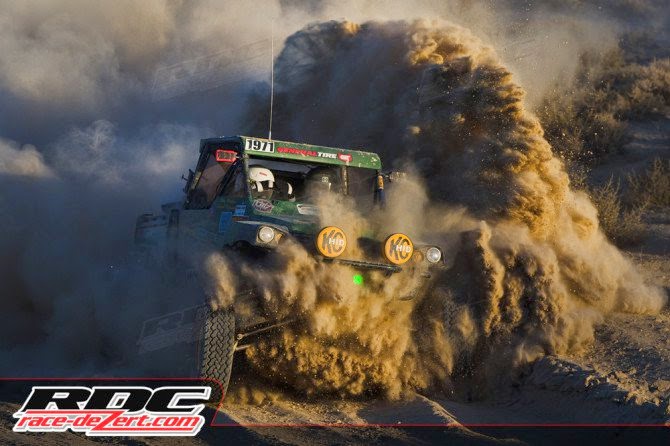 On August 14th through the 17th the Vigor Motorsports, Monster Seal, Magnum Off-Road Race Team participated in the Best in the Desert General Tire Vegas to Reno off road race presented by Fox; the fourth of the six race series. The event started on Thursday with technical inspection and contingency registration at the Aliante Casino in North Las Vegas . On Friday the event moved two hours North into the desert off Highway 95 just outside the town of Beatty for the start at 5:45am.

The first Vigor Motorsports car off the line was the 1971 John Deere Gator XUV DSR1. Matt Krimple started the first leg of the race with rookie co-driver Steve Mc Lean. By Pit 6 Matt and Steve had opened up a commanding lead and Matt handed driving duties over to Mike Mercurio while Steve stayed in the passenger seat. Mike kept the car moving without any problems and up to speed until pit 12 where he slid over into the co-drivers seat and Matt took over driving duties again for the last stage heading to the finish line in Dayton. Matt and Mike stopped briefly in pit 13 to blow some dust build up out of the clutch. Other than that the John Deere Gator ran flawlessly all the way to a 1st in class and 8th UTV overall finish. With this result Matt and the 1971 car hold a solid points lead in the DSR1 class.
The second Vigor Motorsports car off the line was the 1961 John Deere Gator RSX 850i. Scott Martinez started the first leg of the race with co-driver Rachel Martinez. With the car running great and leading the class Scott and Rachel handed the Gator over to driver Mike Cohen and co-driver Joe Lopez. Everything was going well up until a mile and a half before pit 13 when all progress stopped due to mechanical failure. Unfortunately, pit 13 is the most remote part of the course. Mike and Joe managed to get the car into the pit but it took hours to get a support team to them to make the necessary repairs. Once the repairs were complete, Scott took back over driving duties with Joe in the co-drivers seat and the two of them set out towards the finish line in Dayton. The race strategy changed at that point from looking for a win to simply getting a finish and earning the points in order to maintain the championship point lead in class. At 22 hours and 21 minutes after leaving the start line 534 miles earlier and with the sun rinsing the 1961 John Deere Gator RSX 850i crossed the finish line. Perseverance paid off earned the team a 2nd in class and 13th overall out more than 40 UTV’s entered.
Check out www.BITD.com for the official results. Thank you to all of our sponsors, Monster Seal Tire Sealant, Magnum Off-Road, Fox Shox, General Tire, KC Hilites, Method Wheels, PRP Seats, Powder 1, Team Clutch, Odyssey Battery, Piaggio, Big Gun Exhaust, Hayes Brakes, Assault Industries, Alba Racing, Summers Brothers Axles and Competitive Metals without your products and the support of UTV Underground, Lenco Racing, 1DayWraps.com, Stotz Equipment and Baja Pits this effort would not have been possible. I special thank you to Steve McLean and Mike Cohen for stepping up on very short notice and getting into these cars for the first time. Great Job Guys!! Vigor Motorsports is looking forward to the next race in the series the Best in the Desert Blue Water Desert Challenge in Parker Arizona. 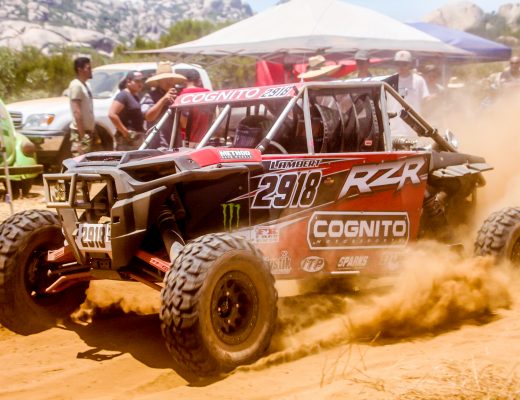 New Law Requires Children Under 18 to Wear Helmets in Oregon