Round eight of WORCS stopped at the famed Glen Helen Raceway in Southern California. Racers were greeted with brutally high temperatures that exceeded110 F. Twenty-six total side-by-side racers competed in the SxS Pro ranks at round eight. A little over half of them finished the race and only nine racers finished on the lead lap. Can-Am Maverick 1000R X® rs pilots Pablo Veglia and Gilbert Flores each recorded top-10 finishes.

Veglia earned his first SxS Pro class podium of the year, taking third place. The Del Amo Motorsports / Can-Am driver actually held second place for two laps of the five-lap Pro main, but ended up with a season-best third overall. He finished with a time of 46:55.639, which was less than three seconds behind second place. The podium finish moved him into seventh in the SxS Pro class point standings with one round remaining on the season.

“The Can-Am Maverick handled so well and gets better every race,” said Veglia. “It is a great platform for us to build a strong team and hopefully bring home a championship next year. I was able to gain valuable points going into the finale.”

Flores ended up seventh overall in his Motoworks / DWT / Can-Am Maverick, with a five-lap time of 00:50:26.919. He put in an impressive run, coming from 13th after lap one to pick off six racers, on his way to his first top-10 finish of the year (in four events). Kyle Melville was running in the top three in the SxS 1000 class in his Del Amo Motorsports / Can-Am Maverick, but ended up ninth. He’s sixth in the class point standings heading into the season finale Oct. 17-19, in Primm, Nev. 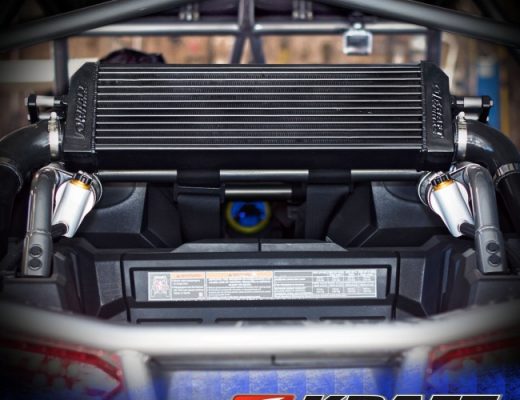