BAKERSFIELD, CA (February 28, 2009) In January, Casey Folks, Director of the Best in The Desert Racing Association, announced that the official name of this year’s race is TSCO “Vegas to Reno” – The Long Way… and it’s approximately 1000 miles. In 2008 the Best in The Desert (BITD) racing series saw increased entries and Casey wanted to turn up the heat on this year’s event by lengthening the course. The event will run for a full three days with stops each night at “Camp Adventure” where racers and their teams will be able to make repairs and adjustments to their vehicles in a controlled environment and have great bench racing opportunities.

This is your opportunity to make a difference. The BLM is soliciting scoping comments on the Environmental Analysis (EA) being prepared in order to issue a Special Recreation Permit for this event. Go to ORBA’s website and download the template scoping letter, rewrite it on a different sheet of paper and send it in to the BLM. We want to let the BLM know that our community supports this race.

The state of Nevada is a tourism-based economy which has historically included events such as this to attract people to the state and its rural communities. This fact, along with the increased popularity of this type of recreation, magnifies the need for this type of event. The amount of public lands with established roads and trails makes this state uniquely equipped to host events of this type. By allowing this race to occur it will be fulfilling the recreation needs of the area and at the same time bring badly need tourism dollars to the region.

ORBA is a national trade association composed of off-road related businesses united to promote common goals that support the prosperity and growth of the off-road industry. ORBA can be found on the internet at www.orba.biz. 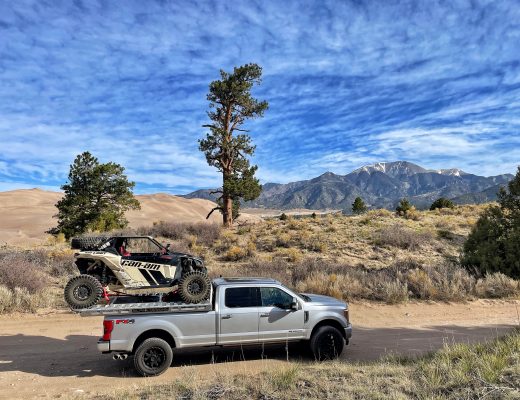