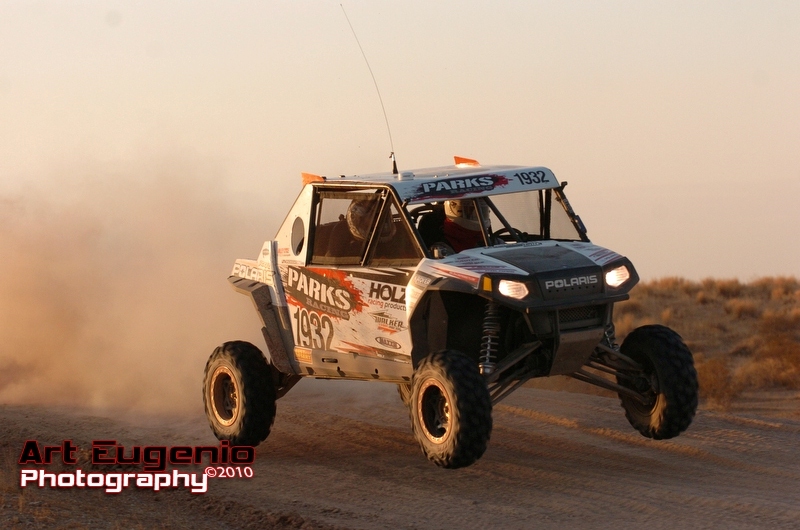 Polaris Regional Sales Manager Matt Parks built this awesome Polaris RZR 4 to race in the Best in the Desert race series. Matt is no stranger to desert racing, growing up on the motocross track. Then about eight years ago, Matt started getting into desert racing doing some pre-running and chasing for friends.

Matt got interested in UTV racing because he saw that Rhinos were being entered in some BITD classes in 2005.  Matt thought a Polaris would be a better platform, so in early 2006 he built a full sized Ranger XP into a race rig that he called the Baja XP.  It had stock suspension except Walker Evans shocks and the engine was bored to a 760cc so it was basically the same as a stock Sportsman 800 utility ATV.  They raced it in 2006 and 2007 and did pretty well with it despite it being pretty stock.  He raced the 2007 Baja 250 (the year when the land owners prevented it from running in San Felipe) and won it, and we became the first UTV to ever officially finish a SCORE event. In his first race with the new RZR 4, he took first place both days and first overall, in the Pro UTV Class, at the Best In The Desert, Blue Water Desert Challenge in Parker, Arizona.  This was our first race for the newly-built race RANGER RZR 4, said Parks. The car ran great both days and it was really fast, particularly in the rough. It was a great weekend and a fantastic outcome.

The stretched chassis of the RZR 4 surely helps in the rough terrain, but the Holz suspension with Walker Evans Shocks, Kroyer built engine and Muzzys exhaust make this an unbeatable platform.

I expect to see a lot from Matt in the desert for the 2011 season. The car is beautifully built and I think the bar has been raised. 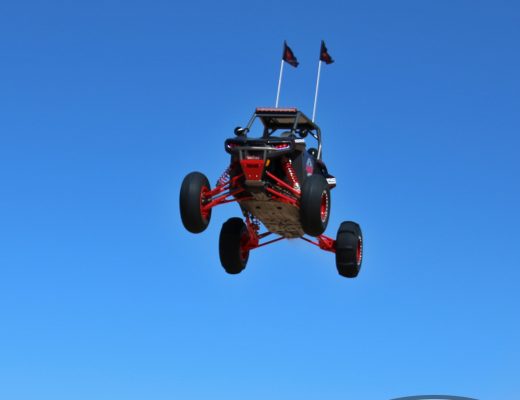 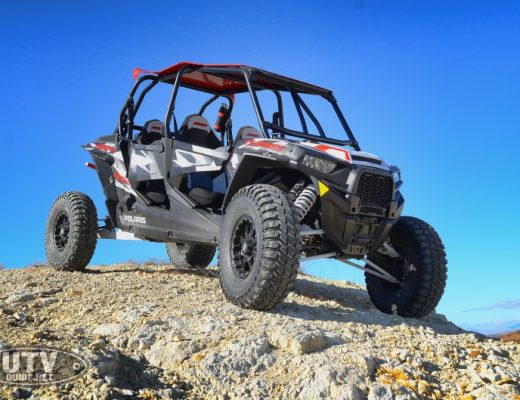