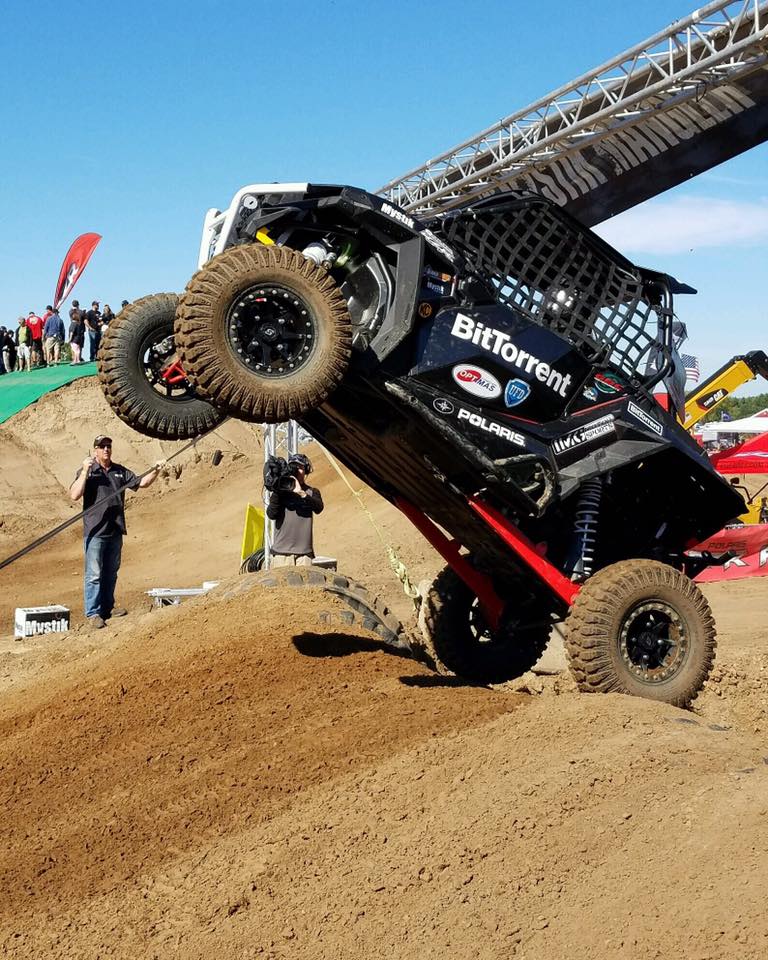 Last weekend, Sara Price raced a Stadium SuperTruck at the Gold Coast V8 Supercars round at the direct invitation of the legendary Nascar and Off-road racing star Robby Gordon and Australian Racing Legend Paul Morris, in itself a glowing endorsement of Sara’s talent behind the wheel. This weekend, she will fill the seat of Matty Mingay’s Polaris RZ XP Turbo for the final showdown at Ballarat (Vic).

Still with a huge career ahead of her, Sara has already carved her name in the history books. With a formative career in Motocross, Sara became the first female to be signed by a Factory Race Team and has won seventeen National Championship titles as well as medal in X-Games. Since then, the Californian has been challenging the top runners in 4-wheel off-road racing, and not by chasing but by leading the field.

In the US Terracross Series, 2015 Sara won every race in her Polaris RZR XP 1000 the first time in Terracross History and in 2016 won every race she entered but was sidelined for the remaining races netting herself 2nd in in the championship. With a number of other championships to her credit, a race win in Australia is clearly on her agenda. “When I was asked to race Gold Coast I was more then ecstatic, was a lot of fun the fans here are amazing, but now I get to race a RZR in the peak championship in Australia and that is just the icing on the cake for me, I get to drive fellow Stadium Truck competitor Matty Mingay’s Hot Wheels Polaris I couldn’t be more excited. The competition is world class down here and I cannot wait to get amongst it and start banging wheels and see how I stack up”.

The final round commences Saturday October 29 and again on Sunday October 30 at Monza Park Motocross circuit, Bergs Lane (off Moss Av or Hiscock Gully Rd), Mt Helen (Near Ballarat). Racing commences at 11am. Tickets are $10 at the gate, kids under 14 free. Catering is available at the track. For more details go to