The United States Special Operations Command (SOCOM) has been searching for a tough, agile, tactical vehicle. From run of the mill utility vehicles all the way up to mega-dollar custom fabricated equipment, there was no shortage of contenders for the job. Following extensive research and numerous evaluation sessions, they decided to go with Kawasaki’s 2009 Teryx™ Recreation Utility Vehicle (RUV).
Following extensive research and numerous evaluation sessions, SOCOM decided to go with Kawasaki’s Teryx™ Recreation Utility VehicleAfter providing units to the military in June of 2008, Shannon Tracy, owner of UV Country Kawasaki a Veteran woman owned small business located in Houston, Tex., immediately recognized the Teryx’s excellent chance of winning any military competition where toughness, light weight, speed and agility were a factor.
In January, she replied to a new SOCOM bid request, with a proposal for UV Country to provide a large quantity of Kawasaki Teryx RUVs over a multi-year period.
Tracy’s efforts paid off, quite handsomely. After the final round of evaluations, SOCOM chose the 2009 Kawasaki Teryx 750 FI 4×4 RUV, awarding the contract, worth up to $28,390,453 to UV Country. UV Country is now scheduled to deliver up to 1,625 units on a five year indefinite delivery / indefinite quantity (IDIQ) contract.
“We’ve fulfilled several smaller GSA and Texas state contracts in the past, but this new Special Forces project is our largest contract by far.” says Tracy. “It provides a great boost to our business, lends extra credibility to the Teryx and assists all Kawasaki dealers by capitalizing on its outstanding performance. If it’s good enough for the SOCOM environment, then it must be capable of handling whatever American hunters and outdoor enthusiasts can throw at it. This is a real win-win situation for everyone,” concluded Tracy.
Powered by a fuel-injected 750cc V-twin engine, Kawasaki’s popular Teryx 750 FI 4×4 RUV offers side-by-side seating for two adults, a roll over protective structure (ROPS), front discs and a special sealed rear brake, four wheel independent suspension, a tilting cargo bed with 500 pounds of carrying capacity and the ability to tow up to 1,300 pounds.
For more information on the Kawasaki Teryx RUV, go to www.kawasaki.com.

Kawasaki Motors Corp., U.S.A. (KMC) markets and distributes Kawasaki motorcycles, ATVs, personal watercraft, utility vehicles and recreation utility vehicles through a network of more than 1,475 independent retailers, with an additional 8,000 retailers specializing in Kawasaki general purpose engines and hand-held power products. KMC and its affiliates employ nearly 3,300 people in the United States, with 400 of them located at KMC’s Irvine, California headquarters.
Kawasaki’s tagline, “Let the good times roll.™”, is recognized worldwide. The Kawasaki brand has become synonymous with powerful, stylish motorcycles for over four decades. Information about Kawasaki’s complete line of recreational products and Kawasaki affiliates can be found on the Internet at www.kawasaki.com. 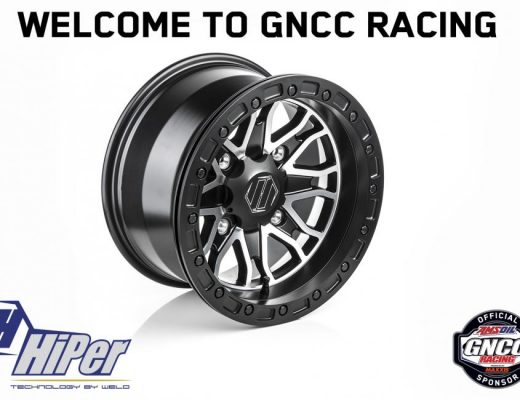