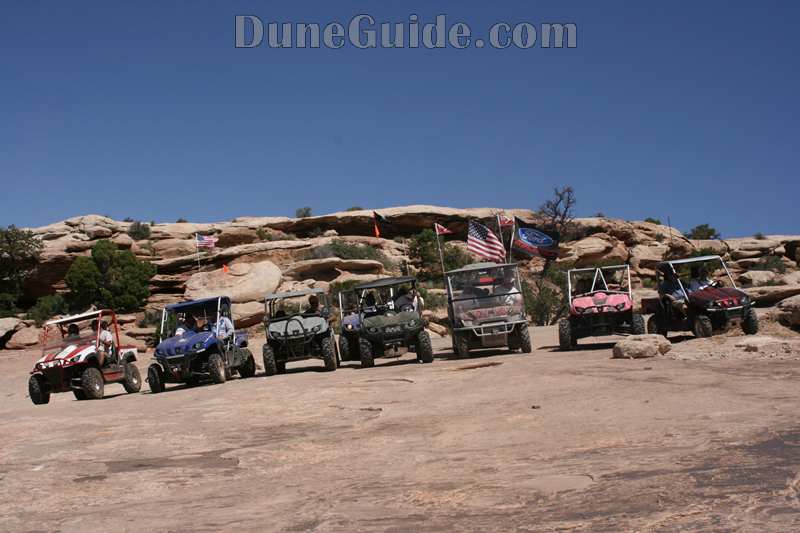 Although it was early June, the weather was more like March on the drive from Northern California to Moab.  It rained almost all the way from Reno to Salt Lake City, and the wind was blowing 40+ mph the entire time.  A few gusts nearly blew me off the road.  Once I arrived in Moab on Wednesday, the weather did not let up.  It was cold and windy. Just a few days before, it was 95 degrees.  By Friday it was back to being beautiful. Just reaffirms to me that you cannot depend on desert weather.

Day Zero – Playing around near Archview Our Rhino at the White Wash Sand Dunes

Our group traveled over 70 miles roundtrip from the Archview Resort to the White Wash Sand Dunes and back. On the ride with us were a few industry folks – Aaron from PRP Seats and Pete from Got Sand?.

TheMoab Action Shots van was out taking pictures of us and got stuck.  A few of the guys with winches were eager to break them out and help get them back on the road.

This 21 mile trail leads up on the rim overlooking Archview Resort. On the ride with us were a few industry folks –  Pete from Got Sand?, Warn Industries,Bikeman Performance andSeizmik. The last few miles of the trip, I got to ride with Wally fromRhinoWorld.net. Wally has his Rhino set up for long distance trips with tires/wheels, seats, roll cage & bumper, spare tires, a-arms and shock and GPS. I had a great time flying down from the slick rock to the valley floor. Wally from RhinoWorld.net in his element at the Moab UTV Rally

On the ride with us were a few industry folks – Wally fromRhinoWorld.net, Pete fromGot Sand?, Aaron from PRP Seats, Bones from OMF Performance Products, Terry & Vickie from Toy Hauler Magazine

Another Polaris RZR from Jagged Extreme – This one had custom paint and a different roll cage.

KMS Performance was kind enough to let Pete & I take their brand new Polaris RZR out for a test drive. 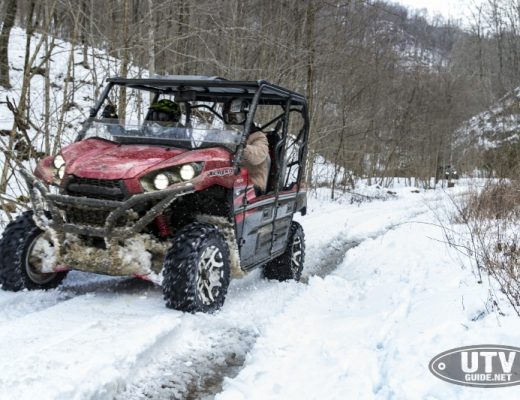