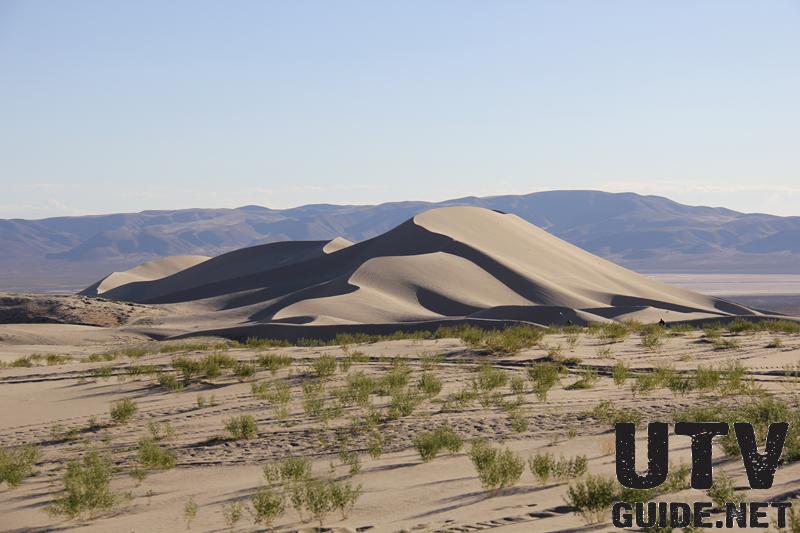 I joined up with a few friends at Sand Mountain over Labor Day Weekend.  Didn’t have time to spend the whole weekend, but we spent 24 hours there and it was worth the trip. The big surprise was how empty it was. In our small camp, we had my 2011 Kawasaki Teryx, my 2012 Polaris RZR XP 4, and two 2011 Polaris RZR XPs.  One of the XPs used to be mine and I recently sold it to a friend (2011 Polaris RZR XP). My Teryx has a Muzzy 916cc big bore in it, but it has had stock heads for the last year. The bump in power over stock was great, but I knew that the v-twin had a bunch more potential under the hood.  Right before this trip, we installed a set of Muzzy heads with big valves and porting. The extra power put down by the head work was amazing.  Really made the Teryx super fun to drive in the dunes.

I also had a brand new set of front dune tires that I was trying out.  The 27″ STU Razor Blaster is a front steering tire that is available at Fullerton Sand Sports. This tire really worked well on my Teryx at Sand Mountain.  Tracked well at high speeds and and made turning and side hill tracking so much fun. Our long term demo unit has once again proved itself worthy.  The four-seater is surprisingly nimble in the dunes for such a long wheelbase. The car flies well and loves to romp through the rough stuff at high speeds. Our RZR XP has found a new home with a friend.  Good news is Jeff has a UTV again and will be joining up on some of our rides. We used the same RZR XP and swapped tires out to run a little tire test.  In our group, we had a pretty diverse selection of paddle tires including ITP Sand Star, 7 paddle Skat Trak and STU Blasters with Fullerton Sand Sports 60/40 stagger cut.  We aired each set down to 5 PSI and ran the same section on the face of Sand Mountain. We couldn’t get our radar gun to work, so we settled for timing the run up to the same point on the hill. Using the same XP to test each tire in two wheel drive, we were very surprised to see after 27 seconds, they were all within 1/2 second of each other.  Definitely within the margin of error for my finger on the stop watch. 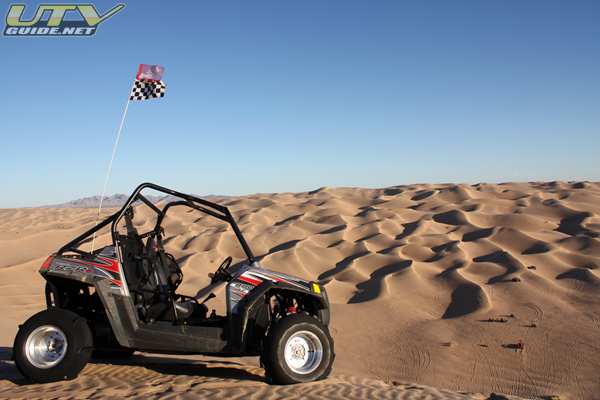 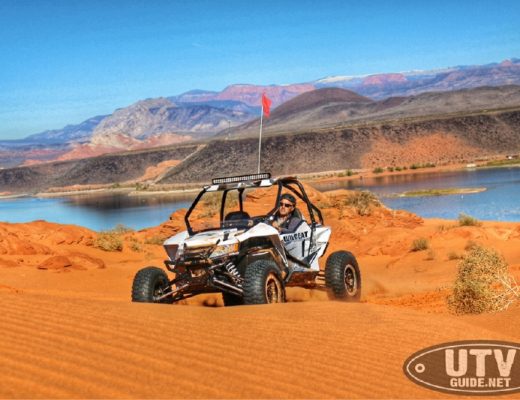